The list of exterior updates to the 2017 Ford EcoSport include a thoroughly revised front fascia, a redesigned rear bumper and spare wheel cover, along with a new set of 17-inch wheels. But the base grade, as pictured here, keeps things low key. 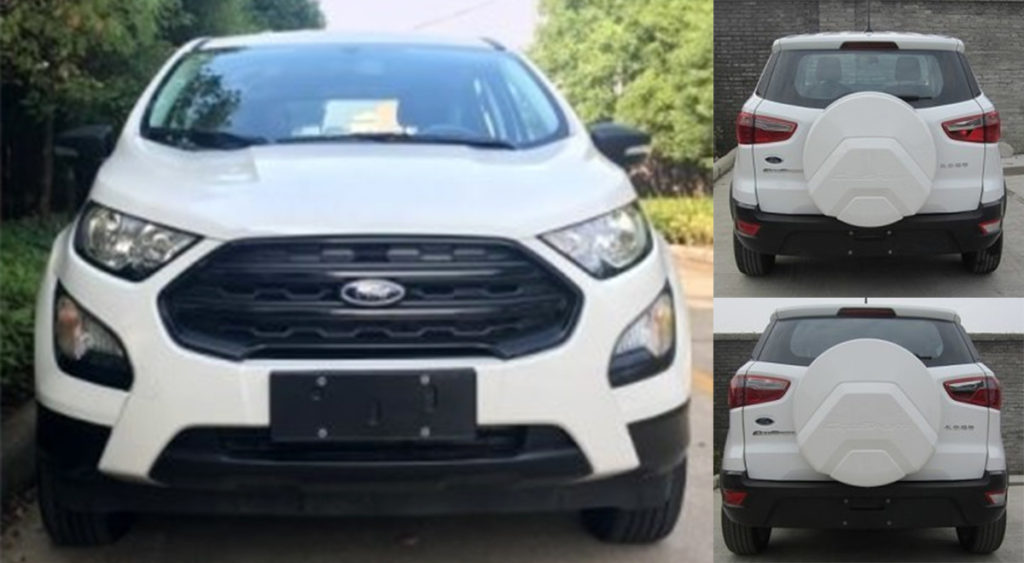 In this case, all the chrome on the new grille has disappeared, the faux skid plates wear a solemn shade of black (along with the fog lamp surrounds), and the projector illumination as well as the DRL strips have given way to old-school halogen power. 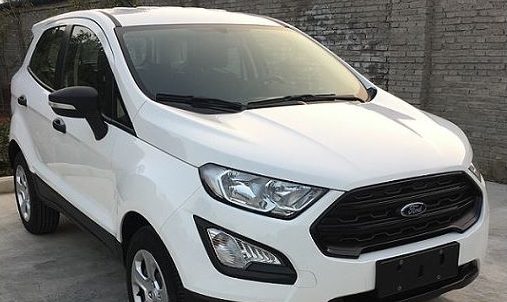 The sides of the base variant give the chromed window beading a miss, and the ORVM caps as well as the door handles are blacked out. Instead of the 17-inch wheels, the MY2017 EcoSport’s base variant employs the outgoing model’s wheel caps.

Interior updates to the 2017 Ford EcoSport include a completely redesigned dashboard, Ford’s SYNC 3 infotainment system with a 8-inch “floating” touch screen, a high-end 675-watt, 10-speaker sound system, ‘sports seats’, and new trim fittings. But apart from the new dashboard, expect none of the aforementioned appointments on the base grade. 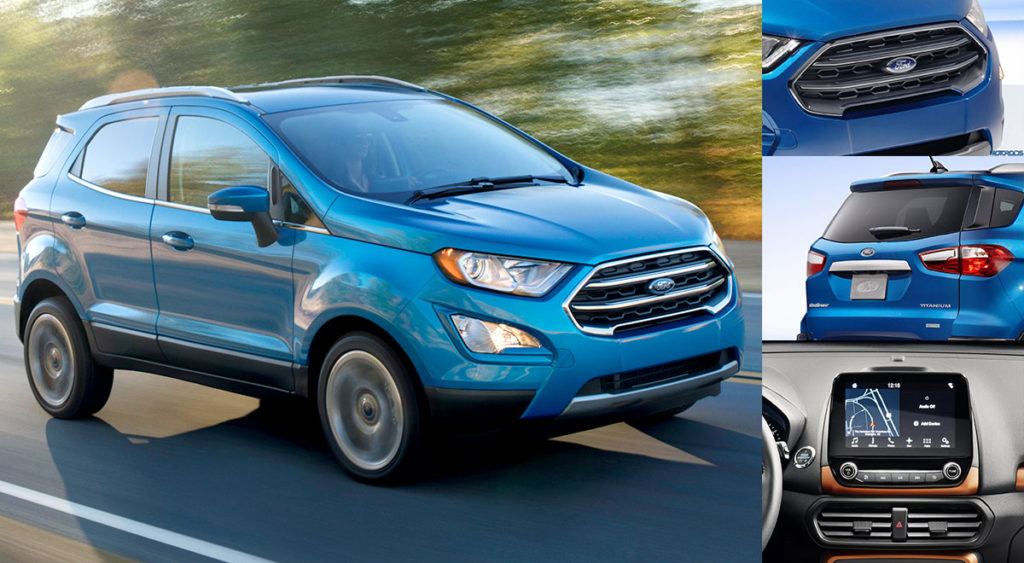 Here’s everything you need to know about the new EcoSport: 2017 Ford EcoSport Design Review: Modish Update

For the US market, the 2017 Ford EcoSport can be equipped with either the 1.0-liter three-cylinder turbocharged EcoBoost engine or the 2.0-liter four-cylinder engine; both gasoline fueled. Drivers opting for the 2.0-liter engine get Ford’s Intelligent 4WD standard. Both come with six-speed automatic transmissions.