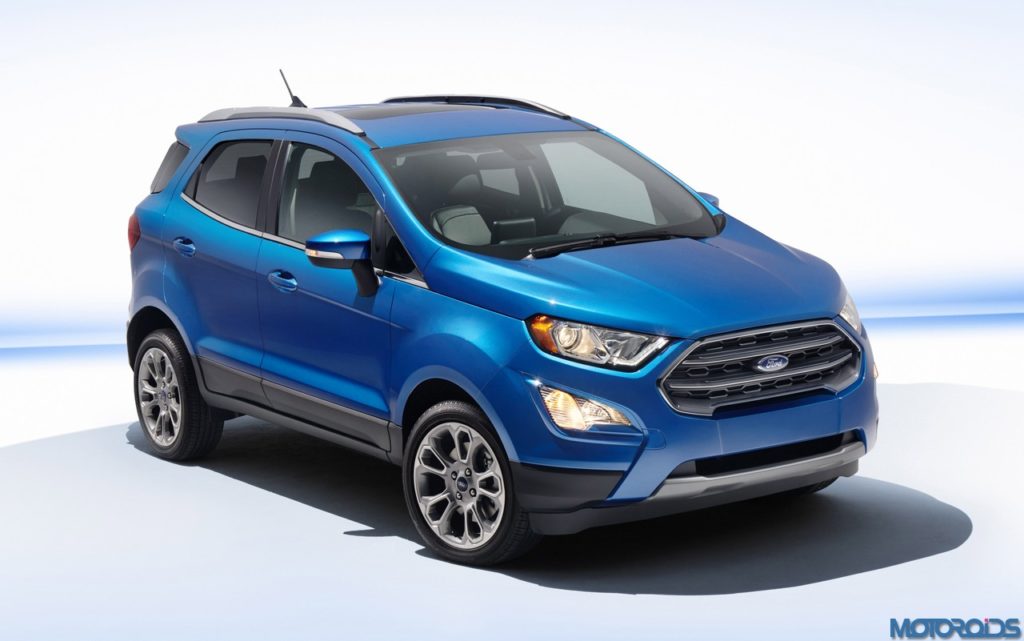 Ford has just unveiled the new EcoSport for North America at the ongoing LA Auto Show with a raft of aesthetic and technological updates. While its slated to go on sale in North America (for the first time) and Europe in early 2017, an Indian launch is expected in late 2017. Meanwhile, lets take a closer look at the updates made to the popular compact SUV in this brief design review. 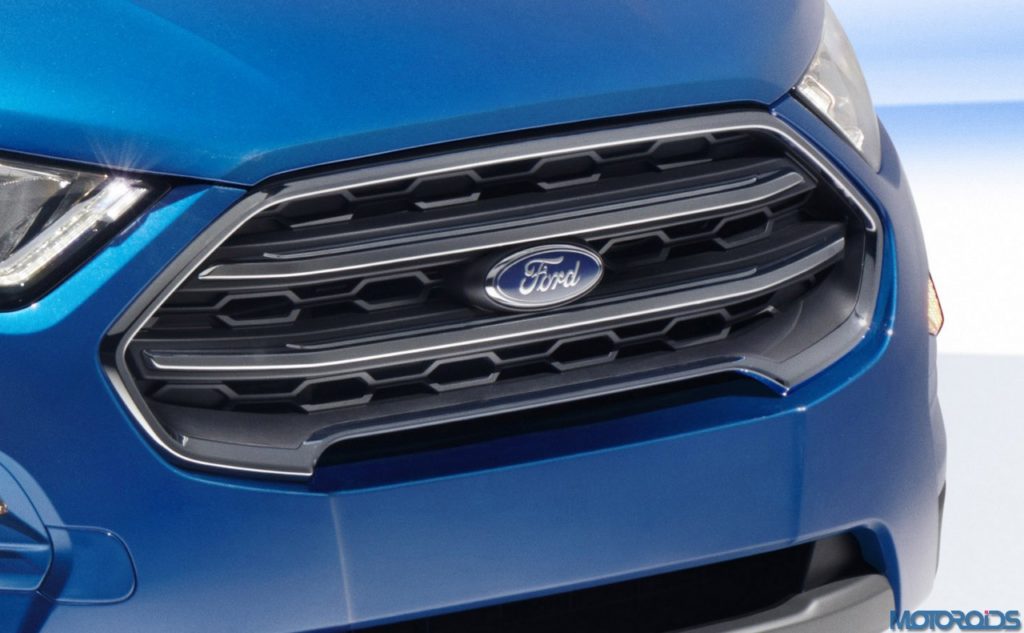 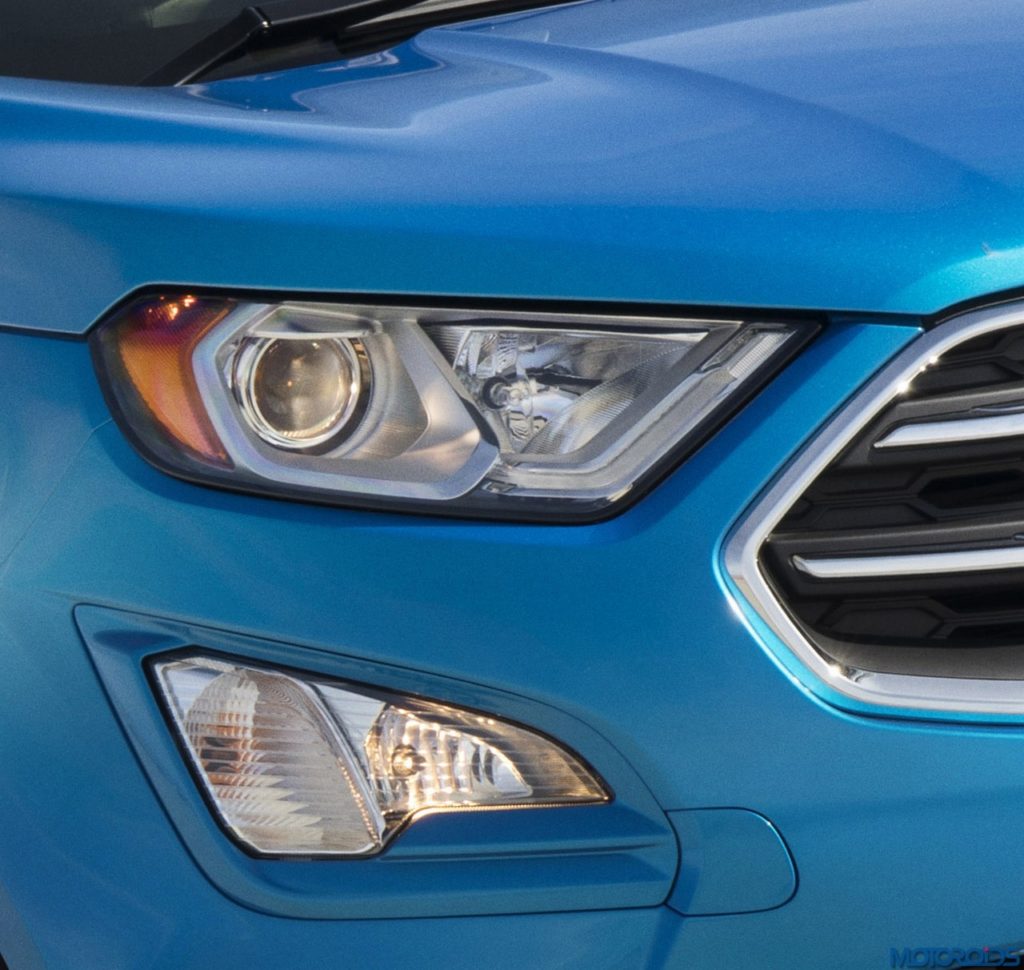 The updated front bumper features a bigger skid plate and fresh sculpting that makes it sync better with the rest of the vehicle’s styling. 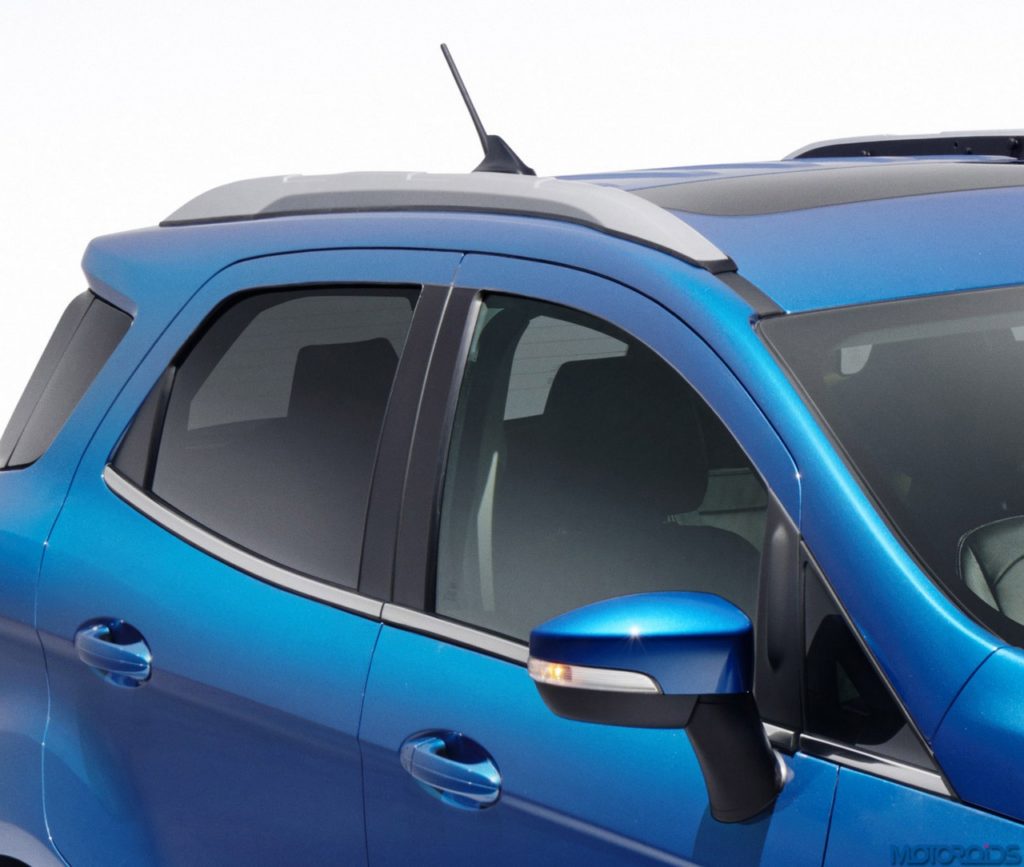 The EcoSport’s sides seem to have been left alone for the MY2017 update, apart from new chrome beading for the windows.. 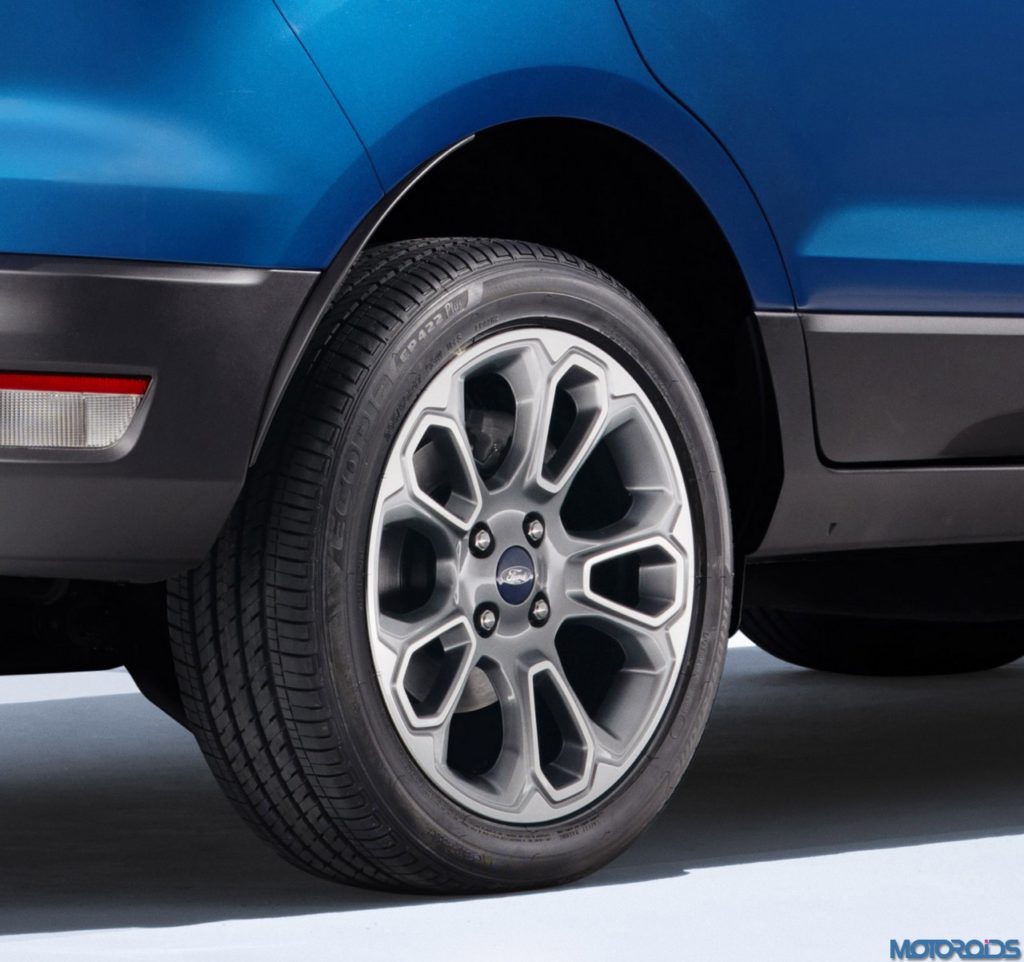 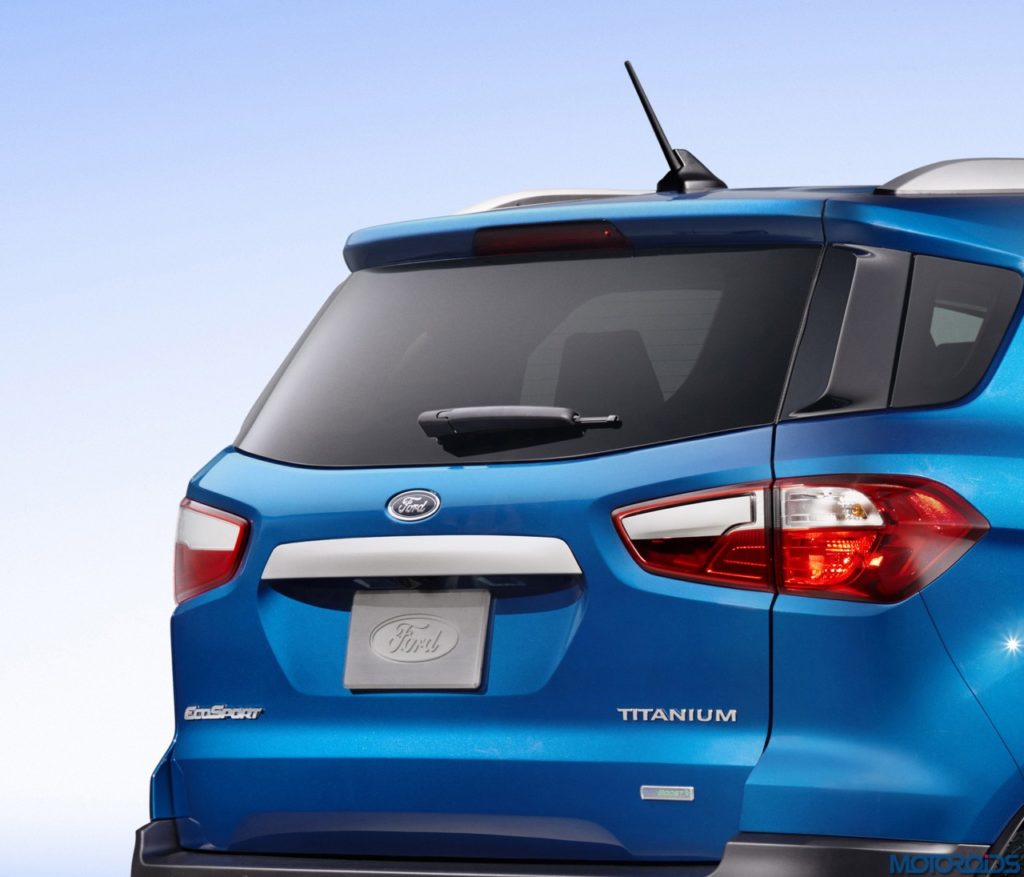 At the rear, the tail gate mounted spare wheel takes a walk, while in its place sits a registration plate recess with a chrome applique. 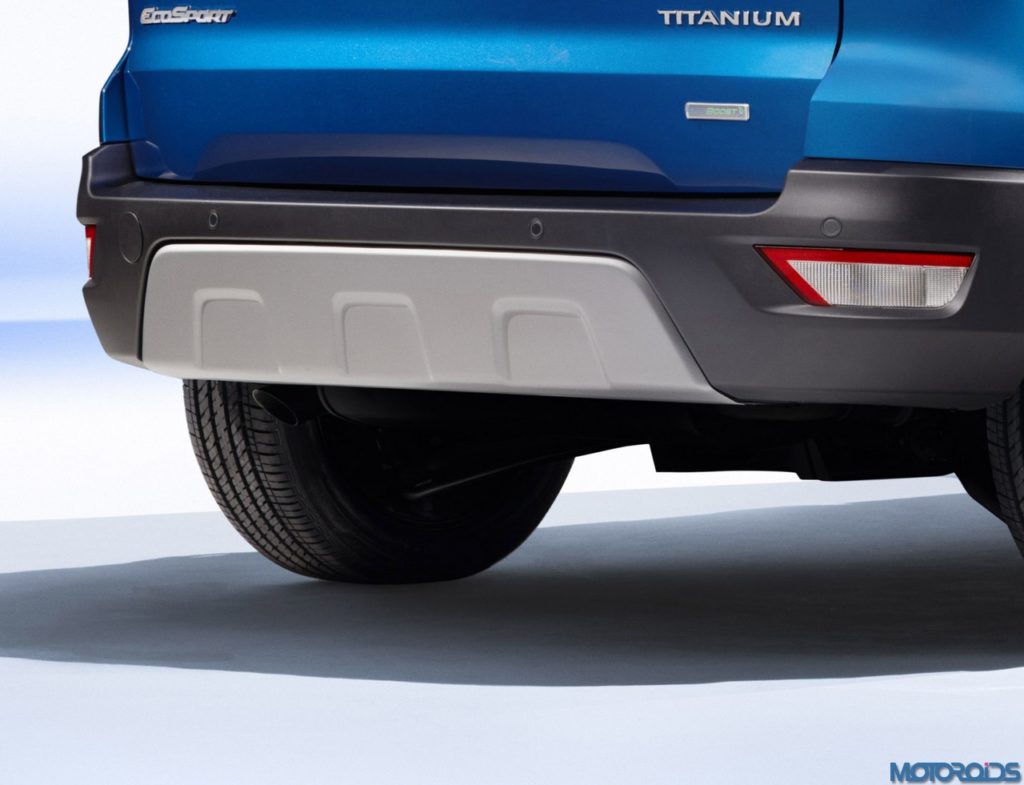 The rear bumper is subtly updated with a bigger plate since it no longer hosts the registration plate. 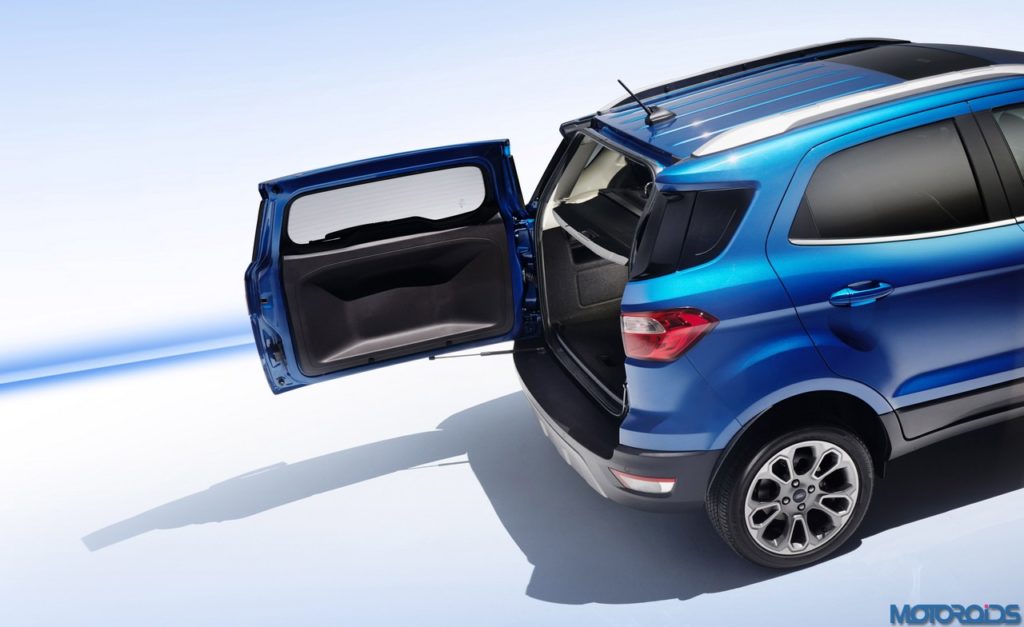 Like before, the swing-gate-style tailgate can be opened using the handle integrated with the RHS tail lamp.

The interiors are where most of the updates lie. The dashboard gets a new layout, and so does the instrument cluster. The new layout involves a stacked centre console that sandwiches its new rectangular air vents between a fresh, touch-screen (finally) equipped infotainment system on top and the rotary controls for HVAC below. 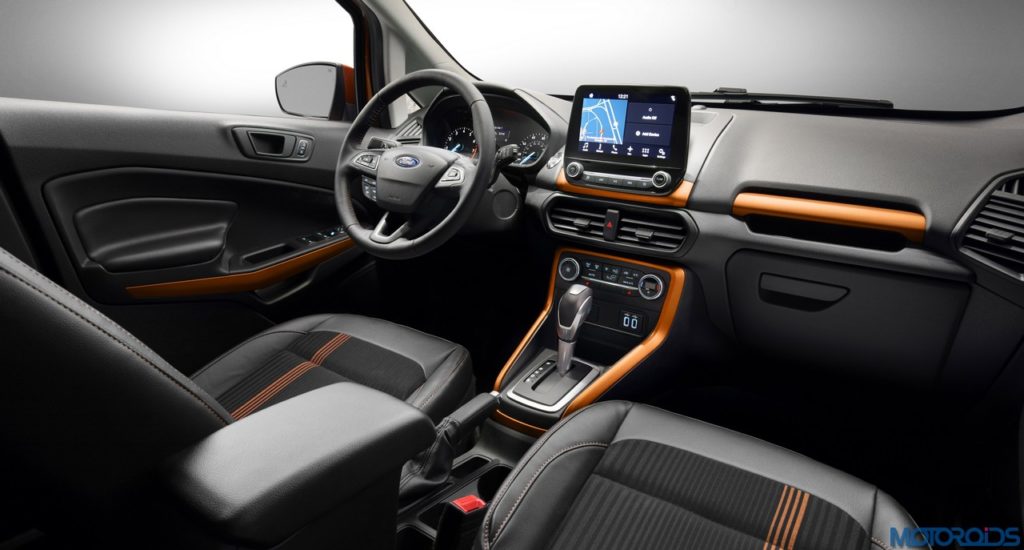 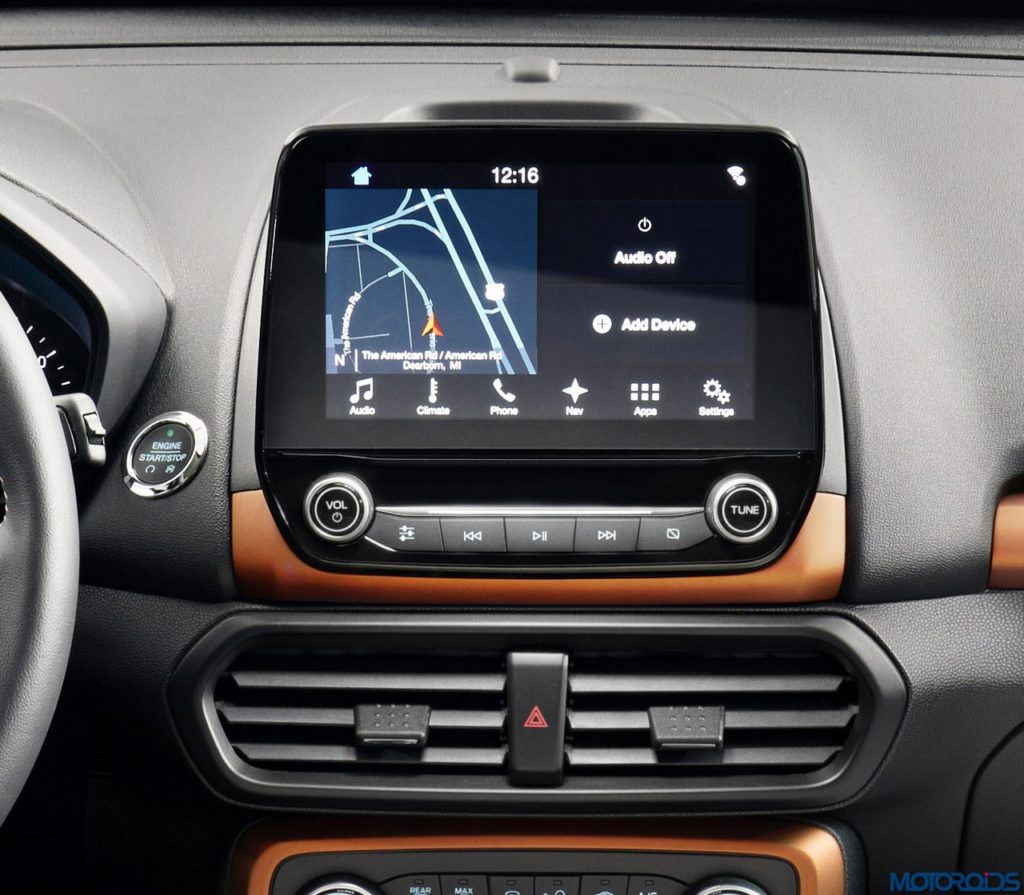 The high-resolution, 8-inch “floating” touch screen is the window to the Ford SYNC 3 infotainment system that features Apple CarPlay and Android Auto smartphone integration compatibility. The high-end 675-watt, 10-speaker sound system includes B&O PLAY-branded tweeters and woofers in the front doors and a sub-woofer in the back. 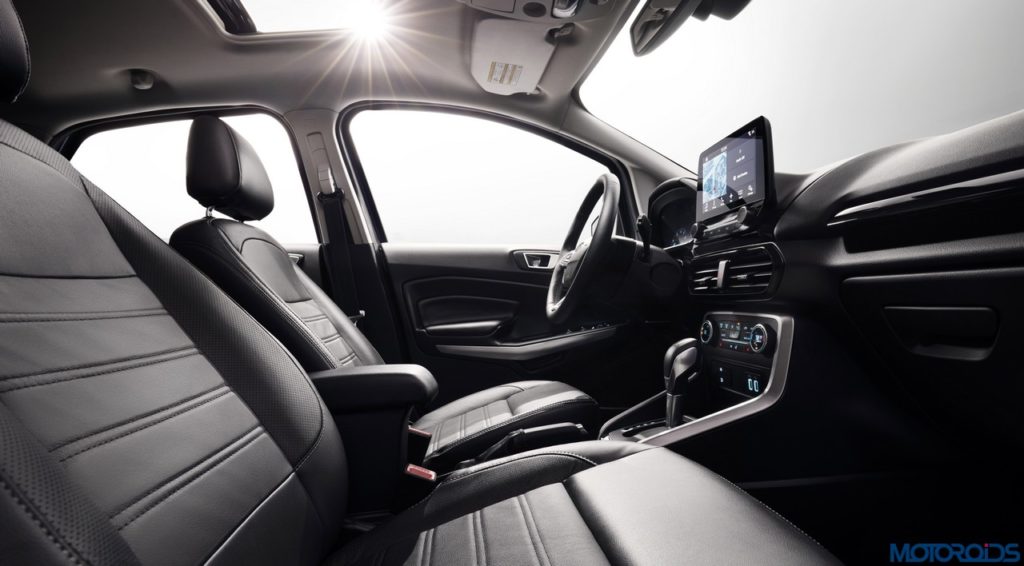 As for storage, the 2017 Ford EcoSport’s interior boasts of as many as 30 stowage pockets, bins, and hooks A cargo management system at the rear features a movable floor board and fold-away second-row seats to provide a flat area for moving furniture and other larger items. 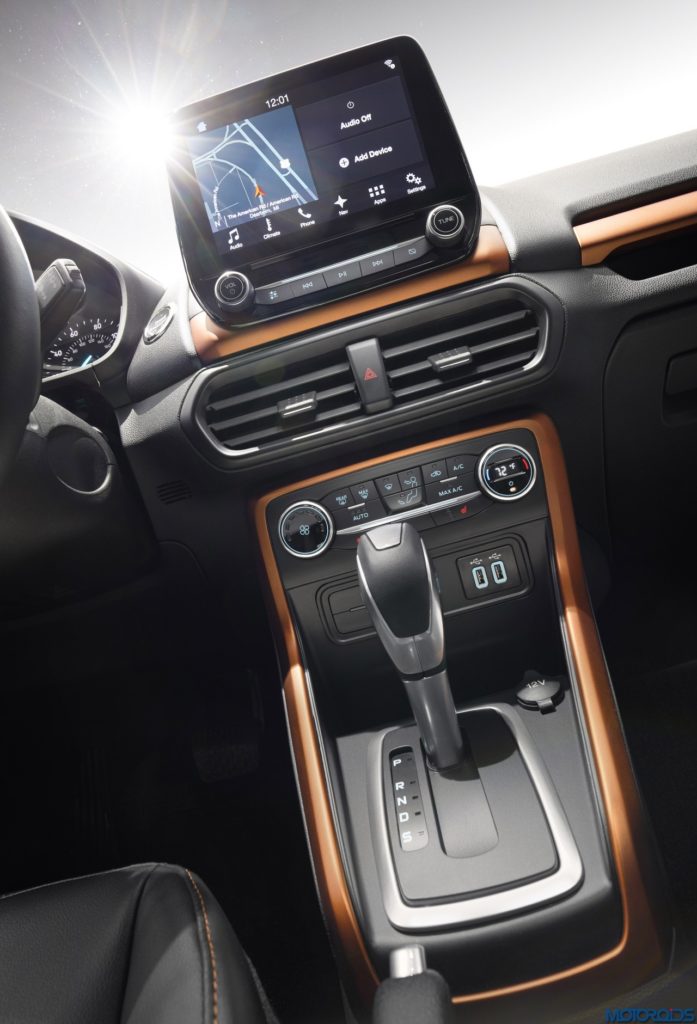 The new EcoSport further features two fast-charging USB ports, a 12-volt power outlet, a 110-volt outlet positioned behind the center console and another 12-volt outlet to allow rear-seat passengers to stay plugged in too. 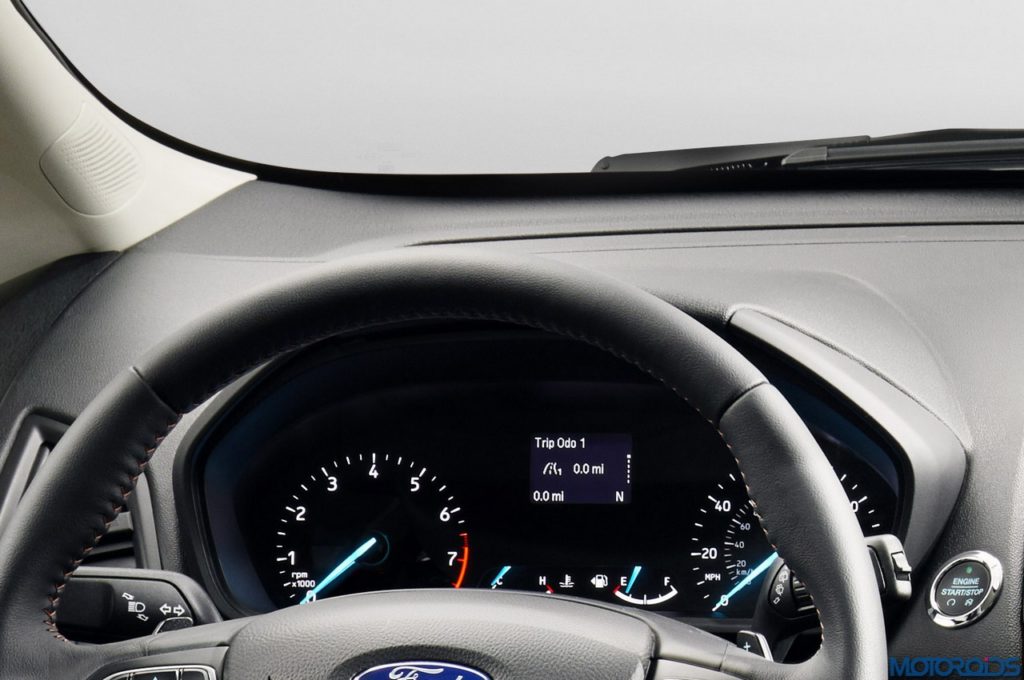 Finally, a closer look at the updated instrument cluster that packs a decent sized MID in between the conventional, analogue dials. 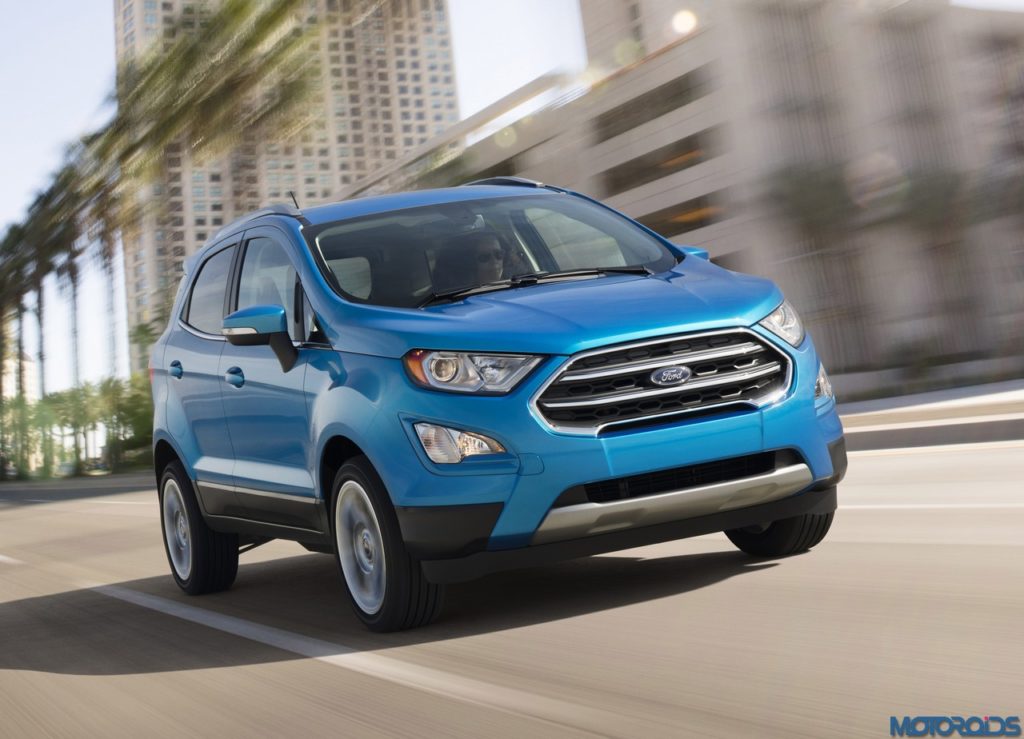 For the US market, the 2017 Ford EcoSport can be equipped with either the 1.0-liter three-cylinder turbocharged EcoBoost engine or the 2.0-liter four-cylinder engine; both gasoline fueled. Drivers opting for the 2.0-liter engine get Ford’s Intelligent 4WD standard. Both come with six-speed automatic transmissions. Along with 10 exterior color choices, there are seven ambient lighting options and four trim level offerings – S, SE, SES and Titanium. The top-end SES trim features Intelligent 4WD, sport-tuned suspension and steering, and unique styling cues inside and out – including the aforementioned copper accents for the interior and sport seats.

Here’s an image gallery of the 2017 Ford Ecosport Facelift. Click on the images to expand and browse