Home Modified Bikes Have A Look At This Custom Made, All-Electric Bike

Electricity powered vehicles are indeed the future of mobility. However, before we have mainstream manufacturers offering electric bikes to us in the market, it seems that innovators like these would serve the public. This video uploaded on YouTube channel Vamp Video showcases an electric bike made by an Indian start-up. While in terms of aesthetics, this electric bike may still be a work in progress but it surely is mechanically capable of taking you from point A to point B. Do have a look at this video linked below.

Powering this motorcycle is a 1 kW motor which is fed by an advanced lithium-ion battery. The man responsible for this built also states that the battery has been made by their own team, and is capable of charging itself within an hour. Moreover, with a full charge, the battery is capable of offering a range of around 50 to 60 km. The motor is capable of accelerating the bike to speeds of about 70 kmph, while providing instantaneous torque with the twist of the throttle. A small digital meter can also be seen on the frame of the bike, which showcases the percentage of battery power left and the output voltage obtained from the battery. The battery of bike not only powers the electric motor but is also responsible for powering other systems of the bike, including the aftermarket, LED headlamps in the front. 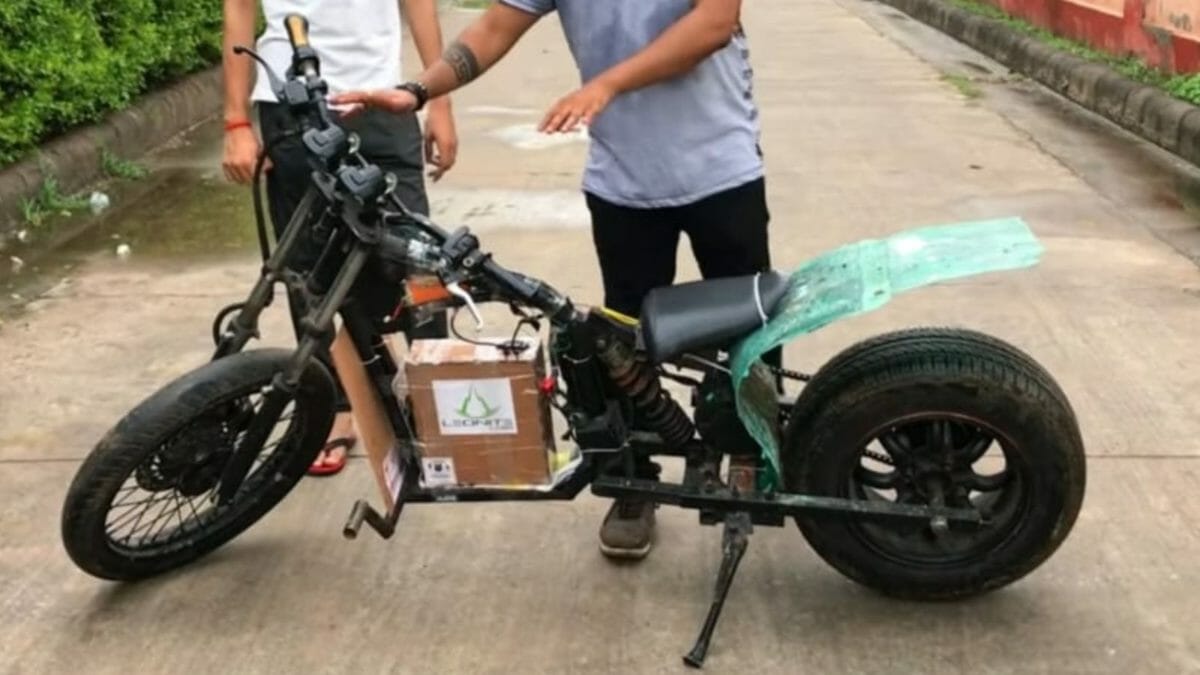 Also Read: Will Revolt Motors’ Next Bike Be An All-Electric Cafe Racer?

However, if you want an electric bike from a brand that is quite well known, the newly launched Revolt RV400 is made for you. Launched in the market in two variants, the prices of the motorcycle start from INR 3,499 a month. The Revolt offers a range of 156 km on a single charge and can reach top speeds of 85 kmph. The RV400 packs a number of features, including USD forks, a rear monoshock for additional comfort, front and rear discs, an AI system that will assist you in various situations and will be able to learn and understand from your riding style and help in improving the range of the bike and a removable battery with a battery swapping system.