This new magazine will be available in two formats, physical print copy and also in the digital form. The main motive behind this change is to showcase motorcycle culture and the riding lifestyle through the lens of the Harley-Davidson brand. 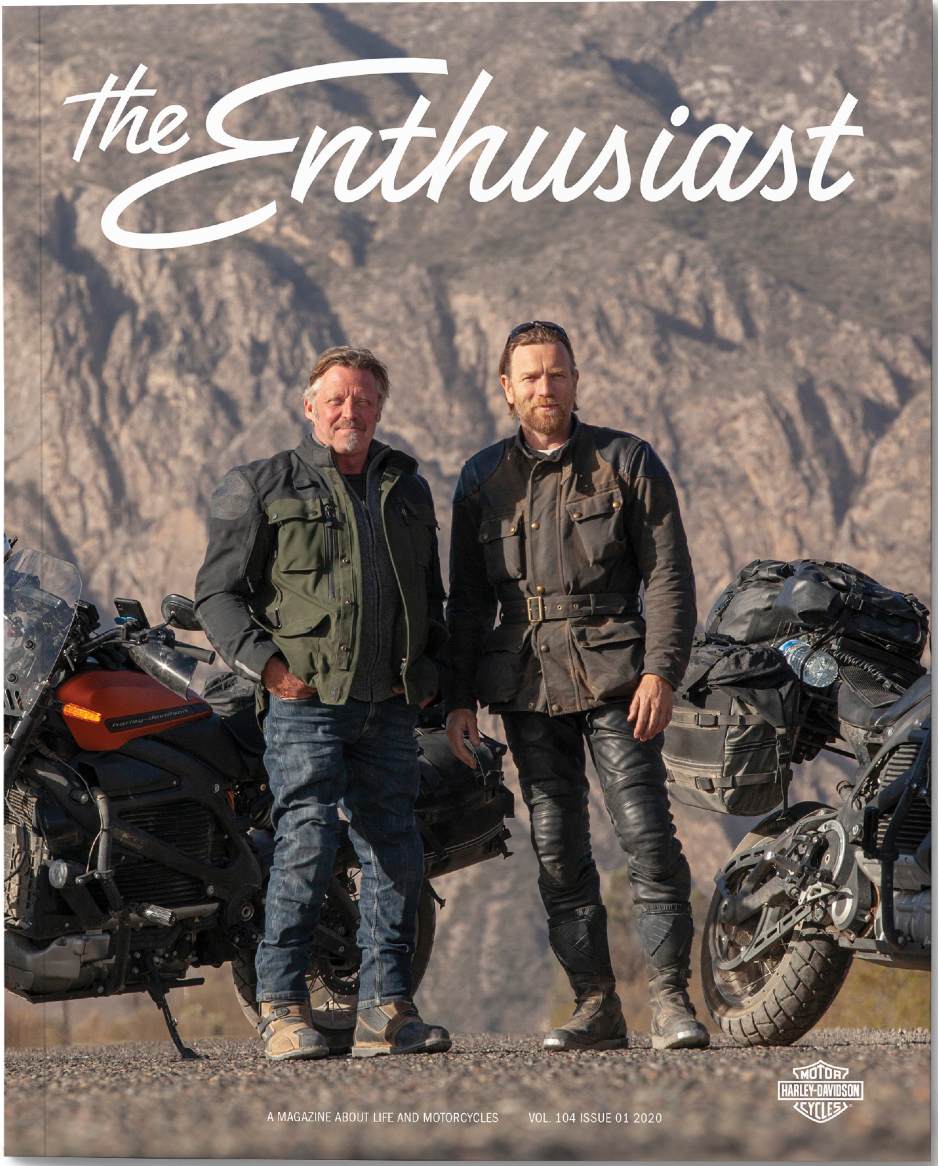 “This is the return to a great tradition,” said Jochen Zeitz, Harley-Davidson President and CEO. “We believe today The Enthusiast title is more relevant than ever. In a year when so many people have been stuck inside, we passionately believe in inspiring riders and aspiring riders to get out in the world to rediscover adventure through socially-distanced riding.”

Interestingly, the first new issue of The Enthusiast magazine will appear in the United States this week with a cover story featuring Ewan McGregor and Charley Boorman, who are also the stars of the Apple Original series “Long Way Up”.

In case you are wondering, the series follows the epic motorcycle adventure McGregor and Boorman experienced on a 13,000-mile journey aboard two Harley-Davidson LiveWire electric motorcycles through South America, Central America and Mexico. 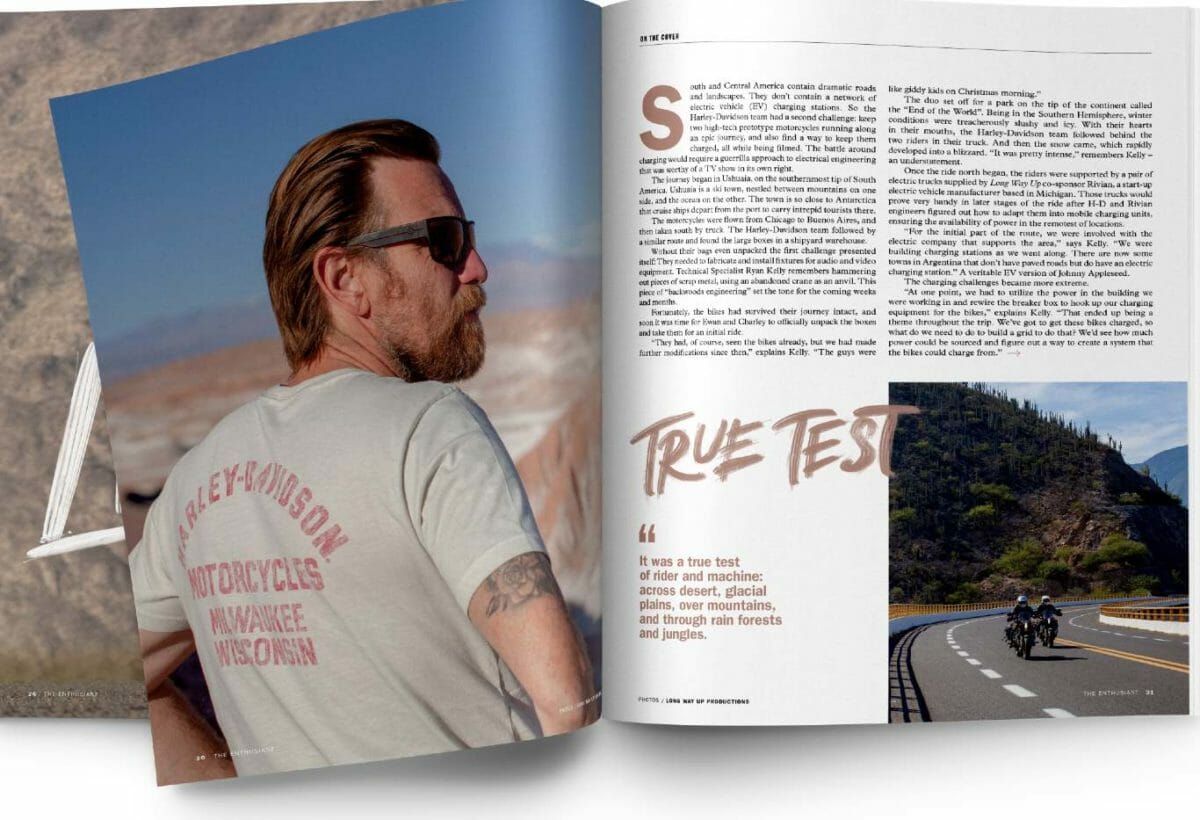 The Enthusiast Magazine is considered as the most broadly circulated motorcycle magazine in the world. It’s printed four times annually, with a circulation of more than 50000 print copies in the United States alone, plus 150,000 copies for the international market.

As mentioned earlier, the title was first published by Harley-Davidson in 1916, The Enthusiast magazine was among the first consumer motorcycle magazines in print, which was then preceded by Germany’s Motorrad (1903), Italy’s Motociclismo (1914), and Motorcyclist magazine (1909) in the United States. 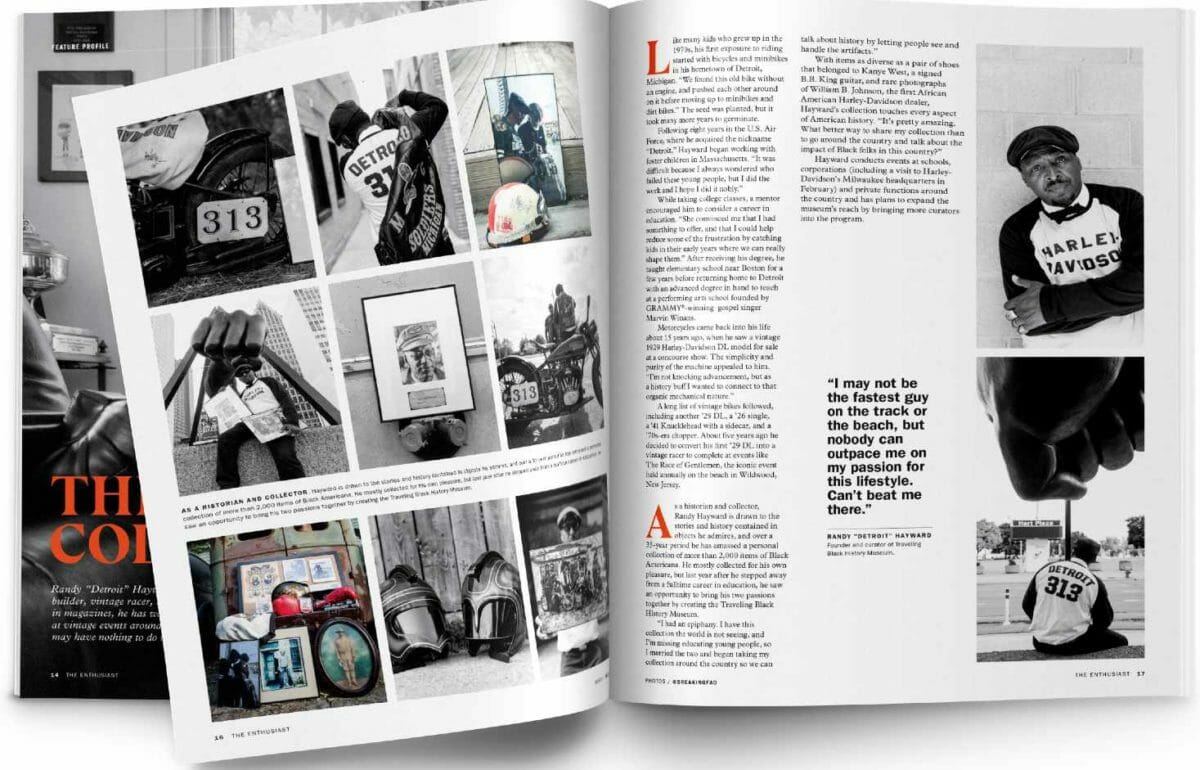 Starting from the beginning, Harley-Davidson produced two separate publications for owners and riders, from 1984 until 2008. These titles were named The Enthusiast magazine and HOG Tales magazine. In 2009 they were merged under the HOG Magazine title into one new magazine that drew content inspiration from both publications.

Even after the movement of Motorcyclist towards a digital format in 2018, the Enthusiast magazine, including the HOG Magazine years, remains the oldest continuously printed motorcycle magazine in the United States.

All Full and Life Harley Owner Group members will continue to receive a complimentary subscription to The Enthusiast magazine as part of their membership benefits. Also, free App versions of the magazine are available for iOS and Android phones and tablets. Harley-Davidson is also exploring new ways to deliver the print magazine in the United States, including by selling single copies of the magazine on the H-D eCommerce site and also through their limited retail establishments, including at Harley-Davidson dealerships and select boutique motorcycle shops.