Harley-Davidson has unveiled the new variant of the classic Road King model, the new Road King Special. The motorcycle swaps chrome for black and draws power from the muscular Milwaukee-Eight 107 engine. The dark theme, in our opinion, looks quite stunning. A dark front end topped by a massive gloss-black headlamp nacelle is the signature styling element of the Road King Special. A new 9-inch-tall, 1.25-inch-diameter mini-ape handlebar is claimed to put the rider in an aggressive posture on the bike which is also said to be comfortable for long runs on the open road. 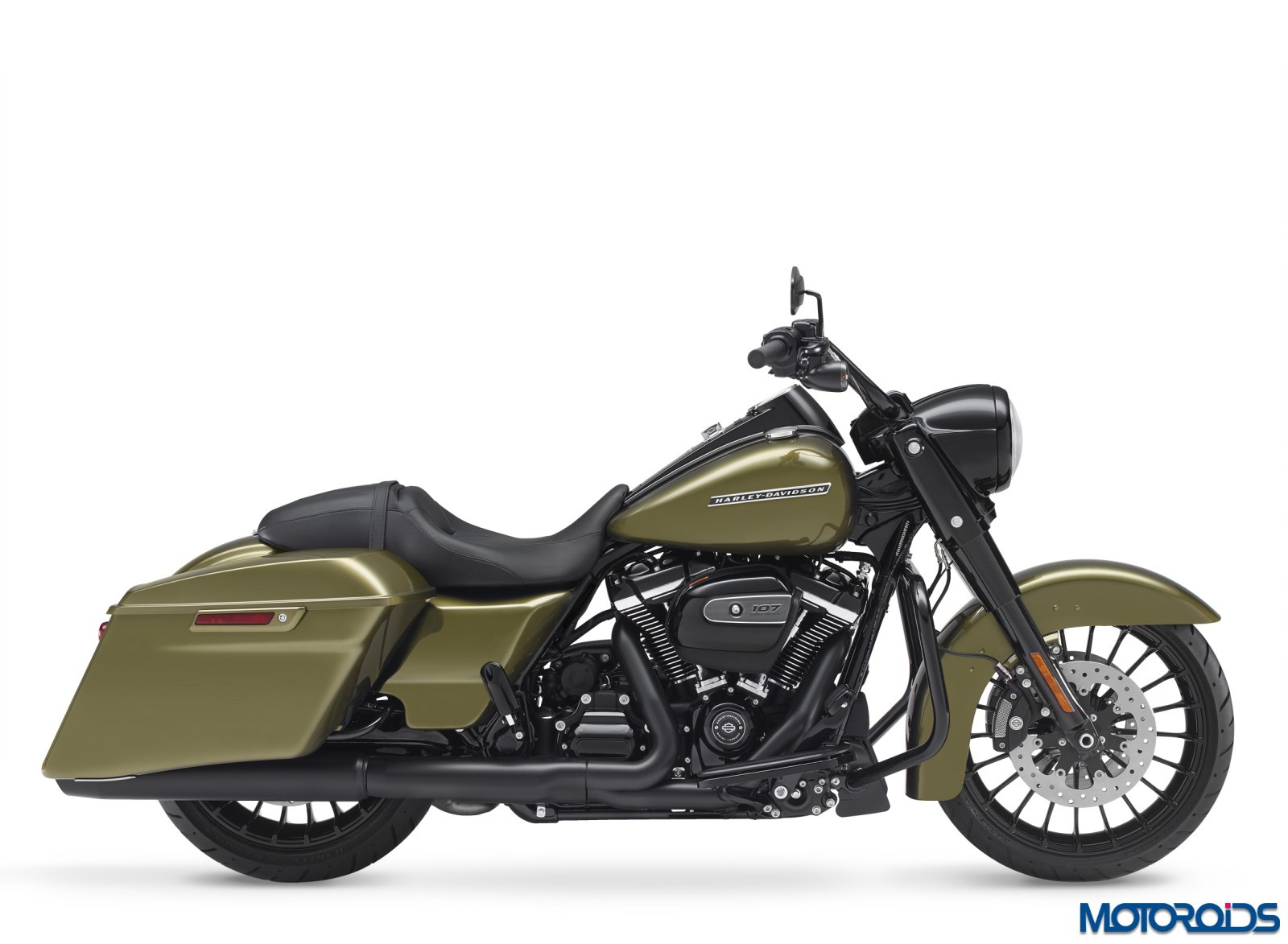 New for all 2017 touring models, the Milwaukee-Eight engine is claimed to offer quicker throttle response, more passing power, purer sound, a smoother ride and more of the feeling riders want from a Harley-Davidson Touring motorcycle engine. The engine is tuned to produce 10 percent more torque than the engine it replaces in touring models. 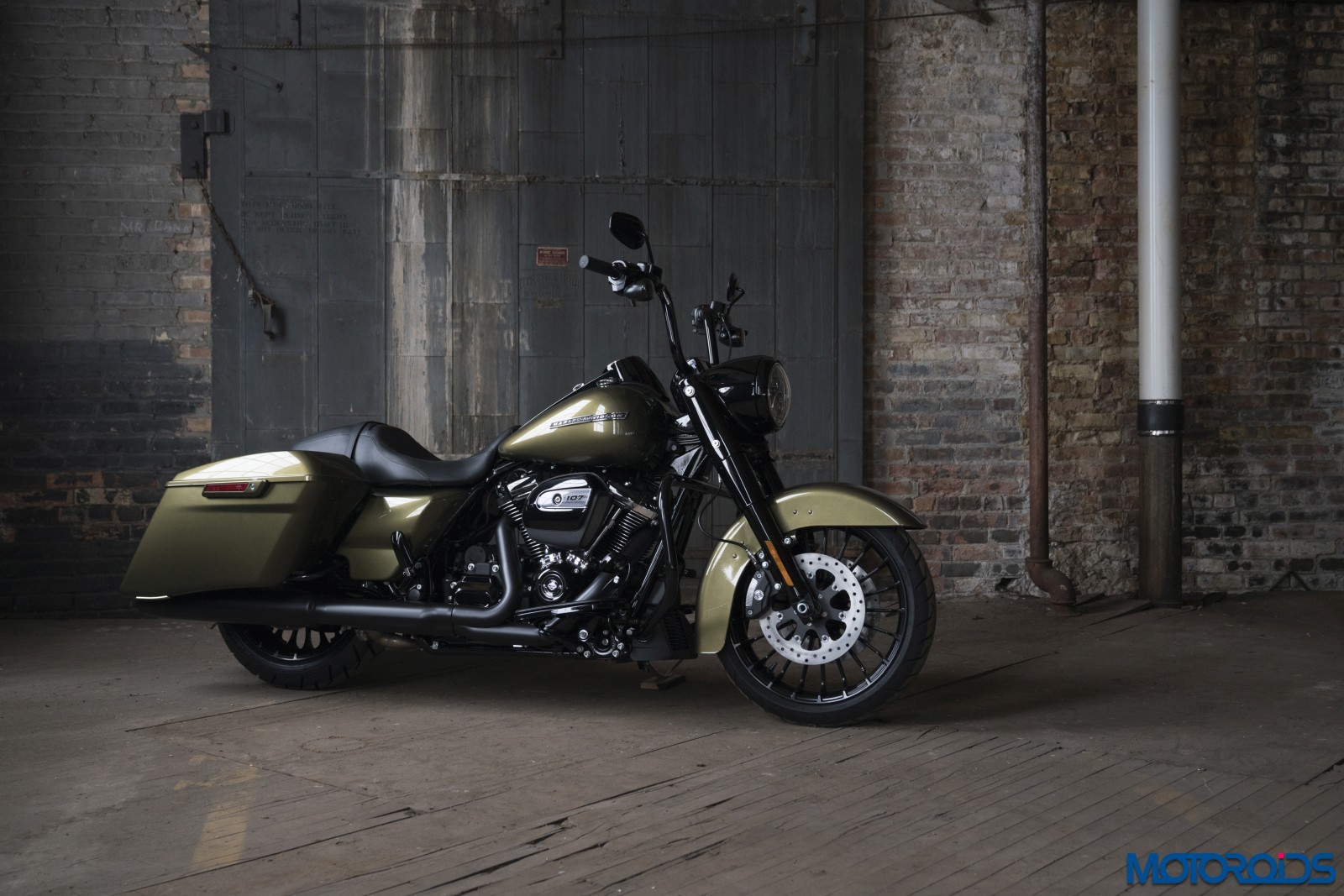 The Milwaukee-Eight engine weighs the same as the engines it replaces, so its extra power contributes directly to improved acceleration performance. The Milwaukee-Eight 107 accelerates 11 percent quicker from 0-60 mph, equal to a two-to-three bike length improvement, and 11 percent quicker from 60-80 mph in top gear, equal to a one-to-two bike length improvement, compared to the Twin Cam High Output 103.