Scarlett Johansson will be playing Natasha Romanoff, a.k.a. The Black Widow in the new Avengers: Age of Ultron movie. She will be seen riding Harley Davidson’s first ever electric bike, the Project Livewire, on screen. Now, cast an actress like Johansson in a movie, give her an appealing name like ‘Natasha’, and if that wasn’t enough, make her ride a bike called ‘Livewire’. Men would be climbing barbed wires to witness this particular scene in the movie.

So apparently The Black Widow will be seen riding this new gen Harley in an epic scene which will also feature Captain America. Harley-Davidson confirmed this in an announcement they made at the San Diego Comic-Con. Along-with the Project Livewire the Street-750 will also play a part in the movie. 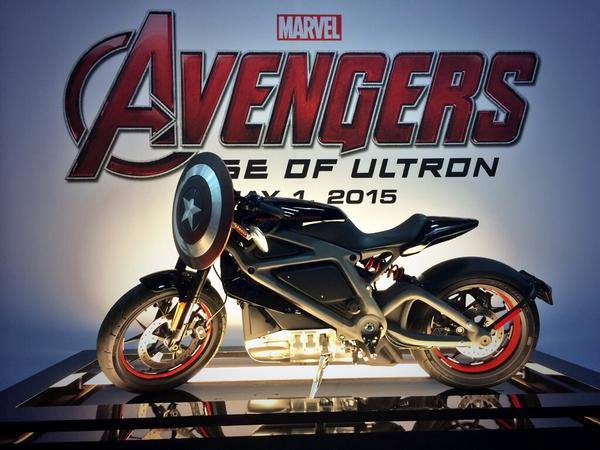 “Our partnership with Marvel continues to provide thrilling platforms to showcase our latest innovations to existing and new fans of the brand,” said Dino Bernacchi, Harley’s director of U.S. marketing, in a statement. “Not one, but two bikes will be featured in Avengers: Age of Ultron.”