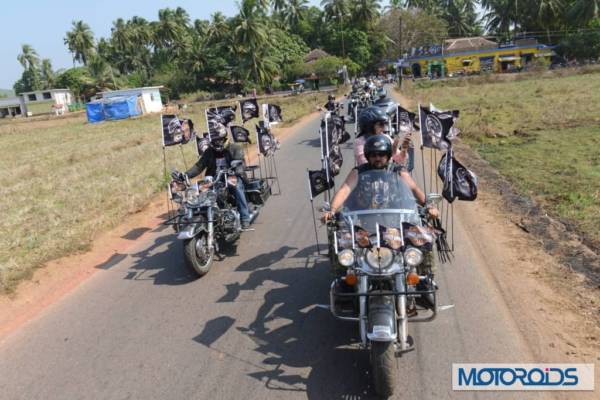 Harley Harley-Davidson National H.O.G Rally’s second edition went underway in Goa today. More than 1,000 H.O.G. members came together from across the country to participate in the rally. The Harley-Davidson motorcycles took to the streets of Goa again when the India Harley Owners Group (H.O.G) Rally returned to the city.

The roads leading from Baga to Vagator witnessed a striking display of roaring metal and flashing chrome. The Harley National Rally was graced by the presence of Frank Savage, from Harley-Davidson’s Product Development Center in Wisconsin. Frank is the man behind the design of the new Street platform. The new Harley-Davidson Street 750 was also unveiled at the event, receiving a thundering response from owners and enthusiasts. 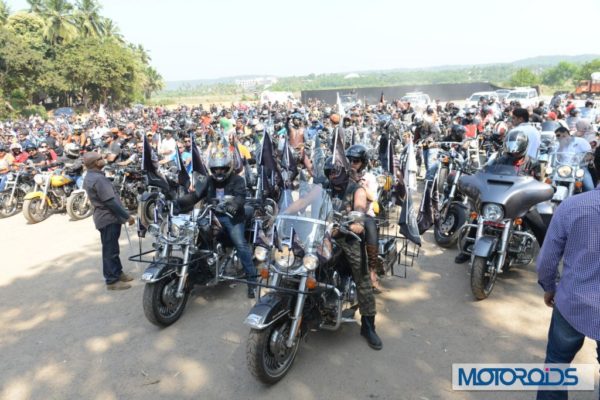 The festival also witnessed the H.O.G. Custom Contest, a nationwide search to discover the best customized Harley-Davidson among customers from each of the five families of H-D motorcycles – Sportster, Dyna, Softail, V-Rod and Touring. Live music, friendly competition and good times were enjoyed by all until late into the night, and the fun in the sun continues today with the start of India Bike Week.

Sharing his enthusiasm for the second edition of the India H.O.G Rally, Anoop Prakash, Managing Director, Harley-Davidson India,said, “In just its second year, the India National H.O.G. Rally was hugely successful with more than 1000 proud Harley owners riding together from across the country. H.O.G Rallies form the core of the shared brand experience and provides an opportunity to experience the best of the Harley-Davidson lifestyle. The overwhelming response that we received for the rally stands as testimony to our success in India and the relationship Harley-Davidson enjoys among its customers. It’s a delight to see one out of every four motorcycles that we have sold in India since our beginning in 2010present here today!” 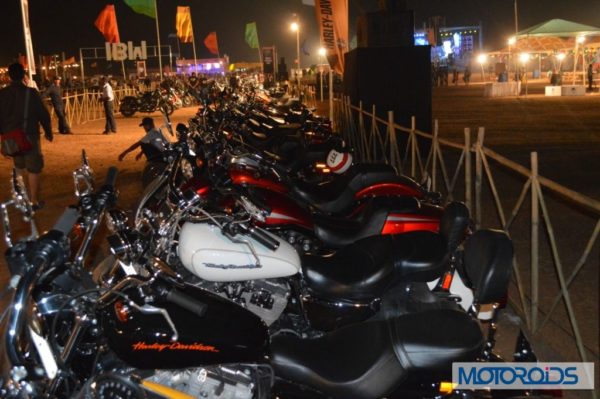 Bengal Harley-Davidson (Kolkata) won the Chapter of the Year – 2013, a platform to honor the most active chapter and celebrate the camaraderie between chapter members and their dealer sponsors. The company also honored H.O.G. members who attended all four Zonal H.O.G. Rallies – North, South, East and West, and the National H.O.G. Rally. Riders who attend all five rides in one calendar year are honored with the special recognition of the Big 5 patch. The Big 5 patch awardees for this year are Saurin Shah from Nine Bridges Harley-Davidson (Ahmedabad) and Sambit Patra from Bengal Harley- Davidson (Kolkata)

Check out more images of the event in the gallery below