Only an hour ago, we reported about an all new scooter from Honda which will be unveiled at the 2014 Delhi Auto Expo. Now, according to a report by Autocar India, it has been confirmed the new scooter is nothing but the all new Honda Activa 125. The new Activa will share space with a variety of Honda motorcycles at the brand’s pavilion at the 2014 Auto Expo next month. 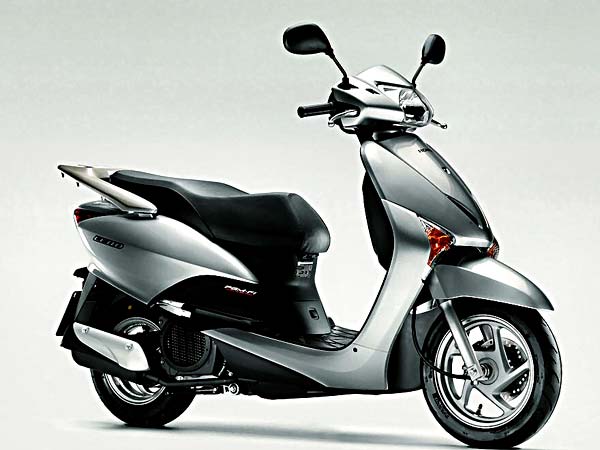 Honda Motorcycles and Scooters India sells the current Activa with a 109 cc engine. Rumors of a powerful 125 cc Activa were doing rounds for sometime now. According to Autocar, the new Honda Activa 125 will be powered by a 125 cc four-stroke, force air-cooled, single-pot motor, with variator-controlled automatic transmission. They also go on to say the new model will be styled on the lines of the predecessors.

As of now, the Indian scooter market has been dominated by the Japanese auto giant. But with newer entrants like Vespa and Yamaha into the Indian automatic scooter scene, Honda had to launch a powerful version of its best selling scooter soon. Although Autocar say the new scooter is named Activa 125, they don’t seem absolutely sure. “If launched, Honda Activa 125 will be its biggest automatic scooter yet” they state in their post.

Presently, automatic scooter buyers have limited choices for scooters with a 125 cc mill. These include the Access and Swish from Suzuki, Vespa from Piaggio, and the Duro and Rodeo from our very own Mahindra. Bajaj Auto will also be launching a new 125 cc scooter this year.

Honda recently introduced the HET (Honda Eco Technology) on all its scooters, and the new Activa will also likey come with the same. Thanks to this tech, the scooters provide a higher fuel efficiency. With the ever increasing fuel prices, this tech helps to extract more miles per liter in the Indian market, where fuel efficiency is an important criteria for a vehicle.

Stay tuned to Motoroids for more updates on the new Honda Activa 125 from the 2014 Delhi Auto Expo.