Home News Volkswagen Dune Concept could be headed for Production 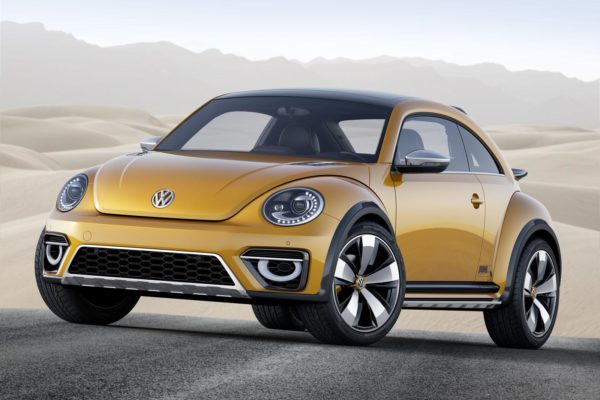 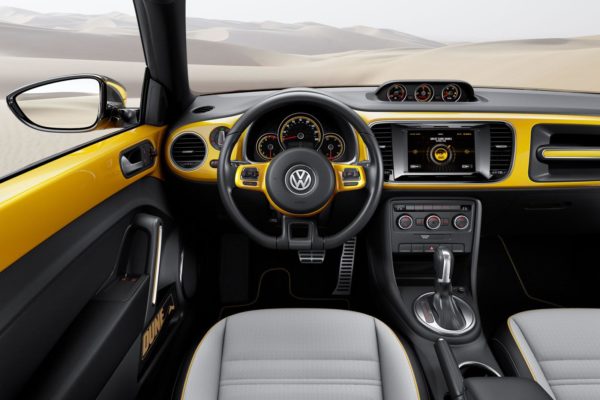 Described as a “Baja Bug for the 21st Century,” the Dune concept is based on the Beetle R-Line and features an Arizona metallic exterior with two-piece wheel arch extensions and 19-inch aluminum wheels. The concept has also been equipped with a chrome-plated skid plate, brushed aluminum rock panels. The concept also features bi-xenon headlights, a ventilated hood, honeycomb mesh grille inserts and gloss black trim. Last but not least, the concept has two rear spoilers, a dual exhaust system and an increased ride height. 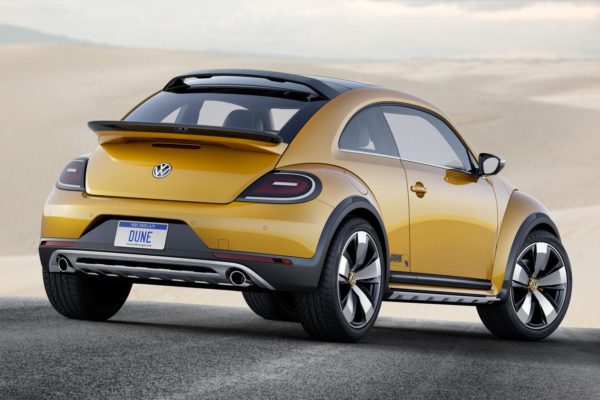 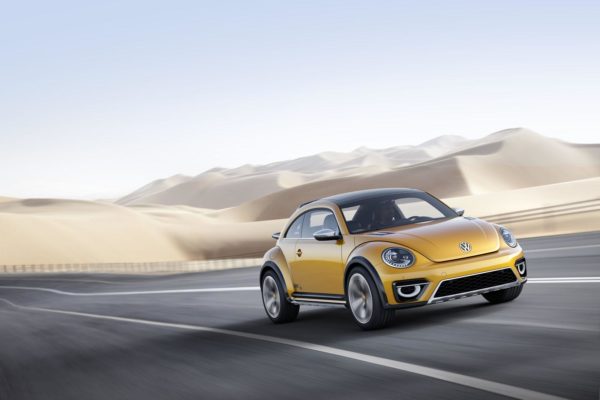 Powering the concept is a turbocharged 2.0-liter four-cylinder engine that develops 210 bhp (156 kW) of max power. The engine is mated to a six-speed DSG dual-clutch transmission which sends power to the front wheels via an electronic XDS differential.

Would you like to see the Volkswagen Dune concept go into production ? Do let us know your thoughts in the comments section below.

Stay tuned to Motoroids for more updates on the Volkswagen Dune concept.