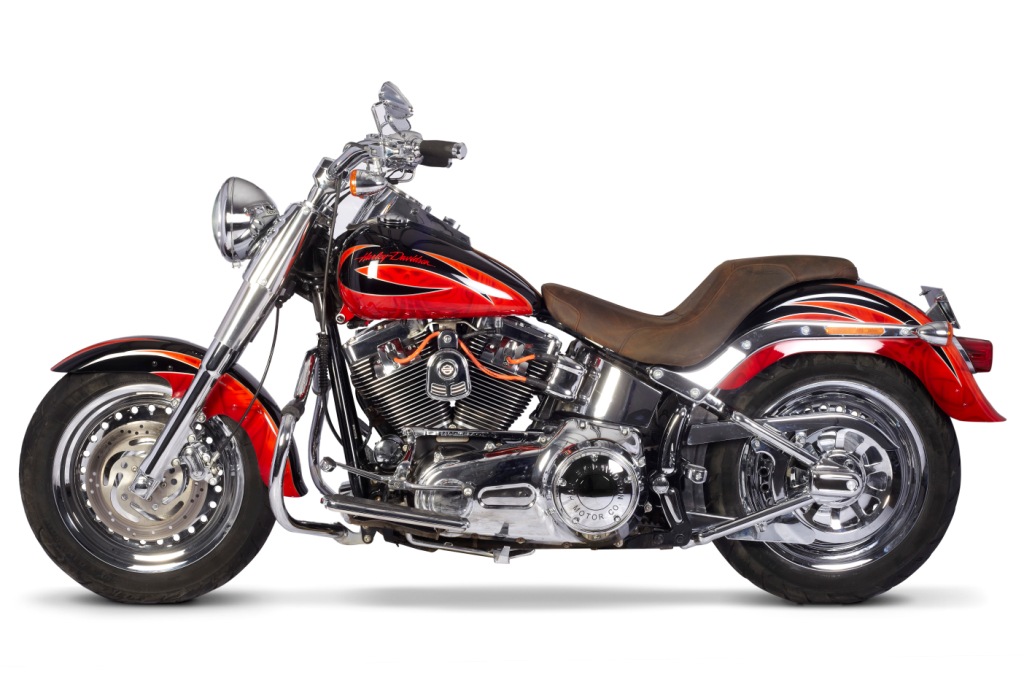 NEW DELHI (January 5, 2012) –Harley-Davidson®India today announced the expansion of its Complete Knock Down (CKD) production to now include two bikes from the Company’s Dyna®family of motorcycles. The FXDB Street Bob®and FXDC Super Glide® Custom, previously offered as Completely Built-Up (CBU) imports, will now be assembled at the company’s facility in Bawal, Haryana from component kits supplied by its U.S. plants.

Starting today, the Harley-Davidson FXDB Street Bob, a tough Big-Twin with classic bobber style, will be available to riding enthusiasts at just Rs. 9.95 lakh as against the earlier Rs. 13.95 lakh. In addition, the Harley-Davidson FXDC Super Glide Custom, a powerful custom-styled bike with eye-catching chrome detail, will retail at Rs.11.5 lakh onlyas against Rs. 15.45 lakh last year. This announcement marks the first time enthusiasts will be able to lay their hands on a 1600 cc bike for under Rs. 10 lakh.

“Harley-Davidson is pioneering the development of a strong leisure riding culture in India like never before.Over the last two years, we have strategically invested in the market to provide enthusiasts an opportunity to realize their dreams to join the Harley-Davidson family and become Harley owners.  As we expand our CKD product portfolio in India, we will continue to adopt and invest in strategies that make our products and ownership experience accessible to more enthusiasts and customers in India,” said Anoop Prakash, Managing Director, Harley-Davidson India.

As further testament to the enthusiastic response that Harley-Davidson has received across India and reflective of the true spirit of camaraderie and brotherhood between riders,proud members of the Delhi Harley Owners Group® (H.O.G®)

chaptermadetheir presence known at the Harley-Davidson stall at Auto Expo, riding into the venue grounds as a group and joining the event armored in leather.

“We are clearly committed to the Indian market for the long-term and the respect that we have received for the brand has been truly humbling.  With over 1,000 Harley owners now riding on Indian roads, our customers are indeed our brand ambassadors and we are proud to join with them and have their support as we build the next chapter of leisure riding in India. We believe that every customer is unique and we strive to offer each and every one a personalized experience by making available an ever-expanding range of bikes, accessories and riding gear,” said Anoop Prakash.

“The joy of personalizing your bike to express your individuality is one of the many differentiators of the Harley-Davidson ownership experience.  We will continue to enable customization options for our customers at every dealer location. The models on display demonstrate only a small sample of the combinations available,” said Anoop Prakash.

As the year progresses, Harley-Davidson India plans to expand its dealership footprint to three other cities-Kolkata, Kochi and Jaipur.

Harley-Davidson is the global leader in cruising and touring motorcycles and ranks as one of the strongest brands in the world, with motorcycle sales now in more than 70 countries.

Harley-DavidsonIndia commenced operations in August 2009 and appointed the first dealership in July 2010. The Company currently offers 15 models in its motorcycle line-up in India, available through its 7 authorized dealerships.