Home News Hamilton to be a successor of Schumacher !? 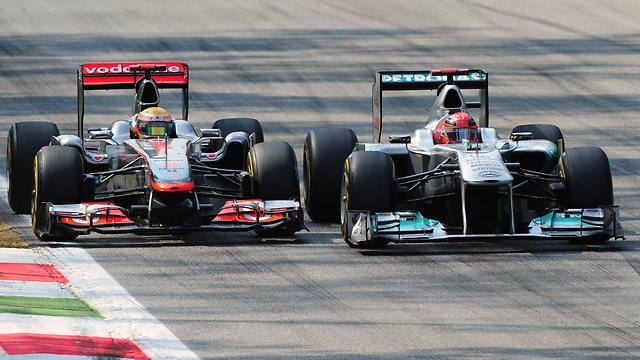 However, motor sport vice-president Norbert Haug said,“If we had a plan B already, we would not be well advised to talk about it in public. Before we talk to Michael, this is not a topic,” F1 chief executive Bernie Ecclestone had recently said that he doubts Hamilton has a future with McLaren.“If he doesn’t perform this year he’ll be looking to move on. And the team, maybe, will also be looking to him to move on,” .

As per Bild, more than 50 percent German fans surveyed said that they want Timo Glock to replace Schumacher. Hamilton secured only 3.9 per cent of the total votes.“This is all just speculation,” a Mercedes spokesman is quoted by Germany’s Sport1. “There are no negotiations with any drivers and we will only speak with Michael at the appropriate time. For now our entire focus is on the start of the season.”