Five time national rally champion and Asia zone rally championship winner Hari Singh will be honored with a Lifetime Achievement Award at the Force Gurkha RFC India 2015 which is taking place in Goa from 24th to 31st July. The 48-year old rallyist from Chandigarh is a well-known name in rally circles in the country and has been working rigorously since the last three decades to popularize the rally culture in India and as a mentor for budding talent.

It all started when Singh, whose name is synonymous with JK Tyre and Maruti Suzuki Gypsy, started taking an interest in driving when he was eight years old. Singh would hear the roar of the cars participating in the Himalayan Car Rally when they zoomed past his school. Thereafter, in 1990 he entered the fray and took part in the Himalayan Car Rally in his Gypsy. The car, which started at the 78th position, finished the championship at an overall 6th position with the 4th place in Indian category. This development made the nation take note of this emerging rallying talent. 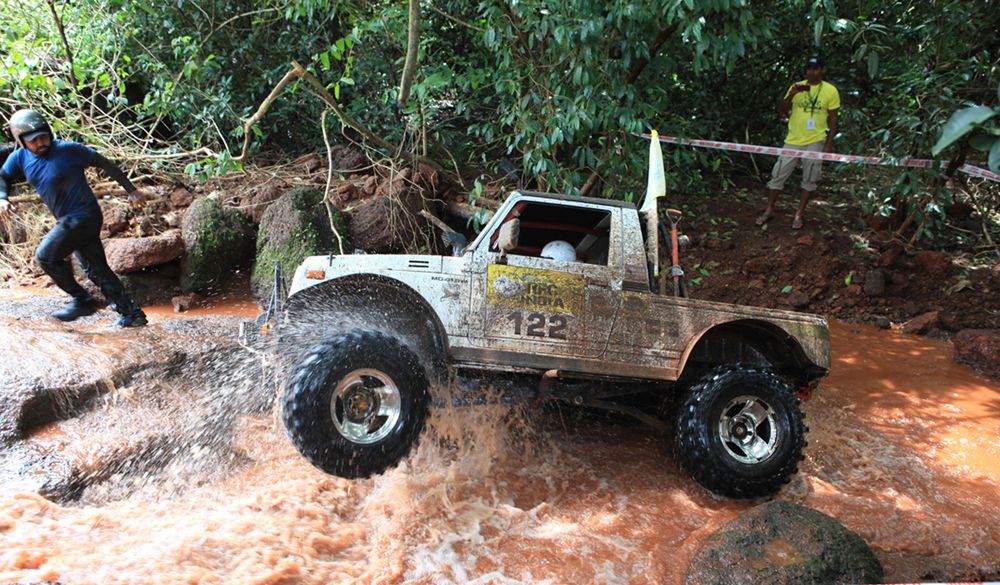 Thereafter, Hari Singh stunned the entire world when his ‘Team Thunderbolt’, which had been formed with the help of the owner of Shivalik Breweries, put a break on MRF Tyre Team’s 13 year long winning streak at the Himalyan Car Rally in 1990. Then, 1992 onwards as part of the newly constituted JK Tyre Rally Team, he continued his winning streak by winning the National Rally Championship in Group N followed by outright wins for four years in a row.

After representing India in a number of international rallying events, including the SAARC Rally from India to Indonesia and the ASEAN Rally from Bangladesh to the Andaman Islands, Singh took on a mentoring role as the Head of Operations at JK Tyre Motorsport wherein he is rigorously working towards developing the racing and rallying talent from across the country.

Singh is also associated with Mercedes Benz India Ltd as the Chief Instructor for all their drives. His tremendous talent has also been utilized in the hair-raising car stunt scenes of several Bollywood movies and TV commercials of leading car companies. Hari Singh also heads the only stunt team that Volkswagen Polo has in India.

Though Mr. Singh is considered to be God among Indian rallyists, what many people don’t know is that he is also an avid off-roader and prefers off-roading to rallying! He has been a part of several Mahindra Great Escape events wherein he has mentored the organizing committee. Singh has dreamt for a long time about participating in the Malaysian edition of the Rainforest Challenge but work commitments have never allowed him to do so.