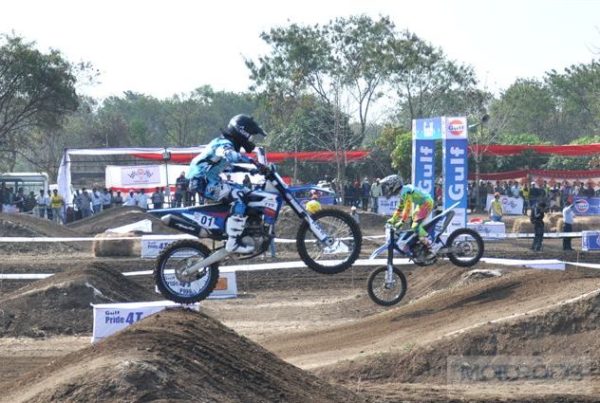 Motorcycle racing freaks had their day in the sun in the Gulf Supercross, organised by Sportscraft in association with NASA, in Nashik, on Sunday.

There were 96 of them from all over the country for the Gulf Oil-sponsored event and each came up with an awesome display in the finer nuances of off-road riding at Kute’s Supercross Track. At the end of four hours of competition that included negotiating a hairpin bends, steep jumps and obstacles over dirt terrain, all at breakneck speed, it was the TVS Racing riders who emerged the best. 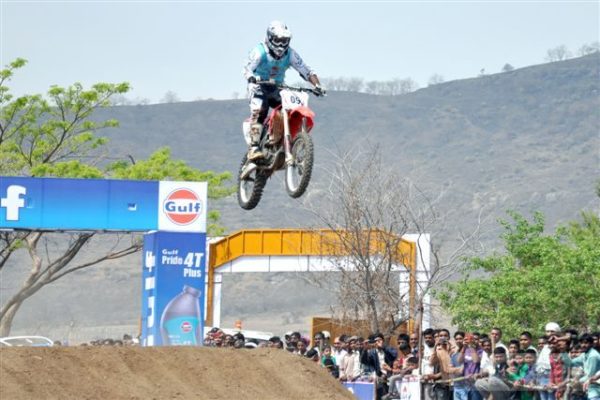 Bangalore riders K P Aravind, Harith Noah, Pramode Joshua and R Natraj, all astride TVS RTR bikes, gave the goodly crowd much to shout about as they covered the dusty, serpentine course with aplomb.

After Nashik Police Commissioner Kulwant Kumar Sarangal flagged off the event, Noah won the first moto in the Indian Expert Foreign Class, for motorcycles upto 500cc,beating back a stiff challenge from his TVS Racing teammates Aravind and Joshua, who finished in the second and third places respectively.

However, Aravind extracted revenge by winning the second moto in the category at the fag end of the day’s prograqmme. In a thrilling finish, Aravind sneaked past Noah on the second last lap of the nine-lap race, to emerge triumphant. Joshua took third place. 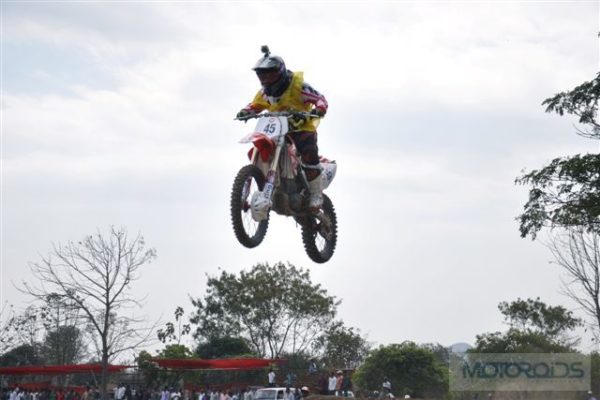 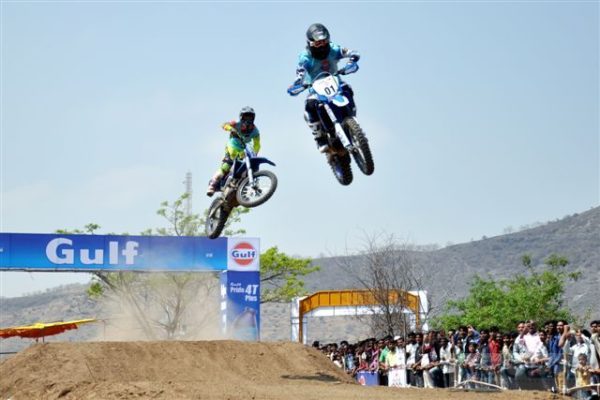 A heartening part of the event was the kids demo class. The crowd could only applaud as boys in the age group of 10 and 15 went through the motions. Ten-year-old Yuvrajsinh Kondedeshmukh showed potential of a champion rider in the making as he negotiated the jumps, sometimes taking two hurdles in his stride. Fourteen-year-old Yash Pawar too was impressive, particularly while taking the tabletop jump. 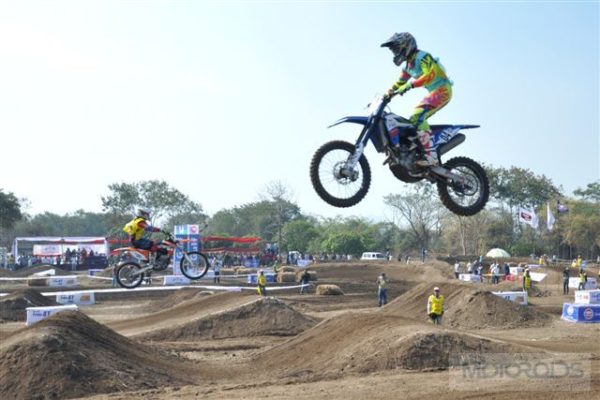 Mr Ravi Chawla, president Gulf Oil, lauding the event, said: After receiving excellent response for the dirt track, we thought of bringing in a more exciting challenge for racing enthusiasts with the Gulf Supecorss. As Gulf Oil has always promoted various motorsports at the global level, we are constantly looking at supporting and sponsoring these sports. With the remarkable success of Supercross we are further encouraged to bring you more exciting motorsports from Gulf Oil in future.

Sportscraft boss Shrikant Karani lauded the track. “No one will say this was the inaugural event on Kute’s Supercross Track. It was simply fantastic. It had everything in.”