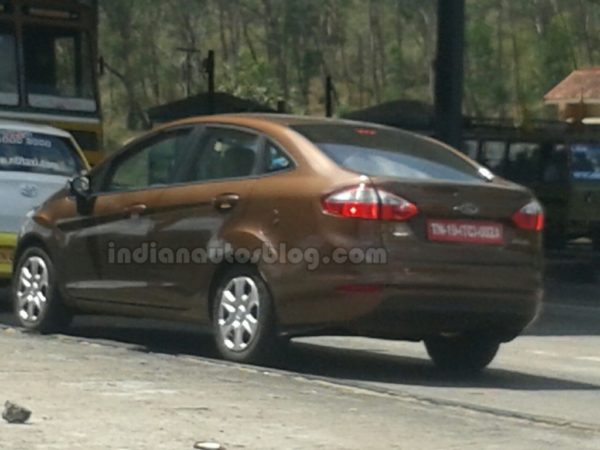 With the advent of the facelift, Ford Fiesta in India will receive a new ‘Copper Pulse’ body color, which was seen on the test car that has been spotted. 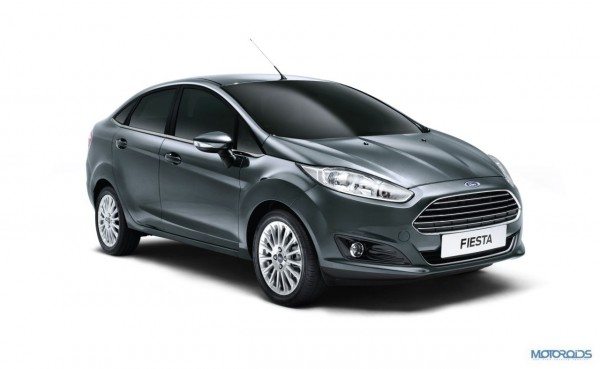 Visually, the 2014 Fiesta sedan gets an ‘Aston Martin-ish’ front trapezoidal grille, revised head lamps and a new hood. At the rear, the new 2014 Ford Fiesta facelift comes with a revised bumper and altered taillights.

Apart from the visual upgrades, the features list also gets some additions in the form of much publiclized Ford SYNC infotainment system with the AppLink feature, an Emergency Assist System, automatic headlights and automatic wipers. 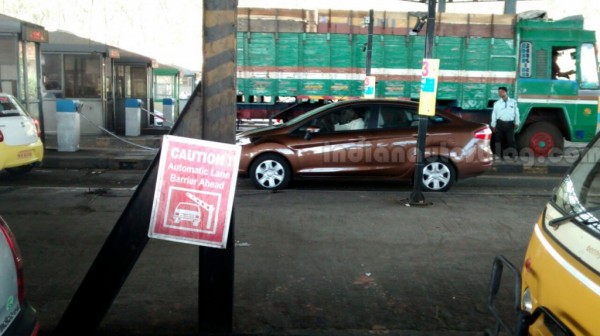 It is expected that unlike in international markets, where the car receives the famed 1.0 Ltr Ecoboost engine variant, the India spec model will continue to be powered by the current crop of motor. This means that the 1.5-liter normally aspirated petrol and the 1.5-liter turbocharged diesel engine will be carried over, probably after being bestowed with a re-map for more fuel mileage and improved performance. Transmission options (5 spd Manual and Dual Clutch automatic) for the petrol variant will also continue unchanged. The diesel variant gets just a five speed manual unit.

It would be interesting to see if the facelift can vitalize the sales performance of the Fiesta facelift.