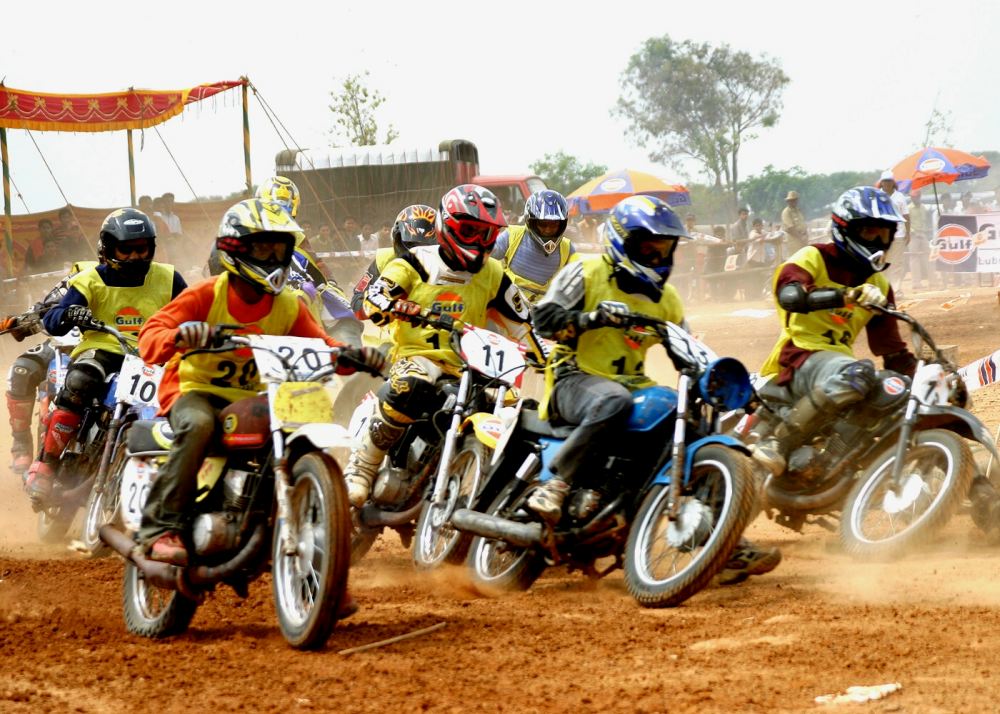 Following the successful staging of the Gulf Cup Dirt Track racing series over the last two years, this year the event has acquired National status. It will be an FMSCI round of the National Championship.

Sportscraft will conduct the first of four rounds of this National Championship in Jodhpur on October 1 and 2, 2011. The other rounds of the championship have been fixed for Round 2 – November 12-13, Round 3 – December 22-23 and Round 4 December 24. The venues for the same will be announced shortly.

While Bangalore-based TVS riders C S Santosh, H K Pradeev and Arvind K P are likely to be the main contenders in the glamour class of the event – Indian Expert Class for foreign motorcycles – this first leg could throw up new challengers from Delhi, Mumbai, Pune, Nashik and Hyderabad.

For those not familiar with the conduct of the event, dirt track racing is something like an F1 race: Mass Start on motorcycles, where riders speed around a serpentine track, often slushy at places. The race is an exercise in judicious manoevering and good balance of the bike around the many sharp bends.

The popularity of dirt track racing over the last couple of years has prompted Gulf Oil to renew its commitment to the sport and offer riders a chance to show off their skills in a safe environment.

The closing date for standard entries is September 22 and for late September 27, for the First round which will be held at Jodhpur on Polo Grounds

More details and the entry forms are posted on site www.sportscraftindia.com