Chinese auto major Great Wall Motor Company (GWM) on Thursday said it has appointed James Yang as President for its Indian subsidiary. The company has also appointed Mr. Parker Shi as Managing Director for the Indian subsidiary of GWM.

China’s largest utility vehicle manufacturer, GWM, through a press release said that Yang brings in rich experience in the areas of R&D, project and marketing management and will be leading the entire GWM India project with major focus on R&D, Plant & Industrial operations in India. The Chinese manufacturer earlier this year had signed a pact with General Motors(GM) to take over its plant in Talegaon, near Pune. 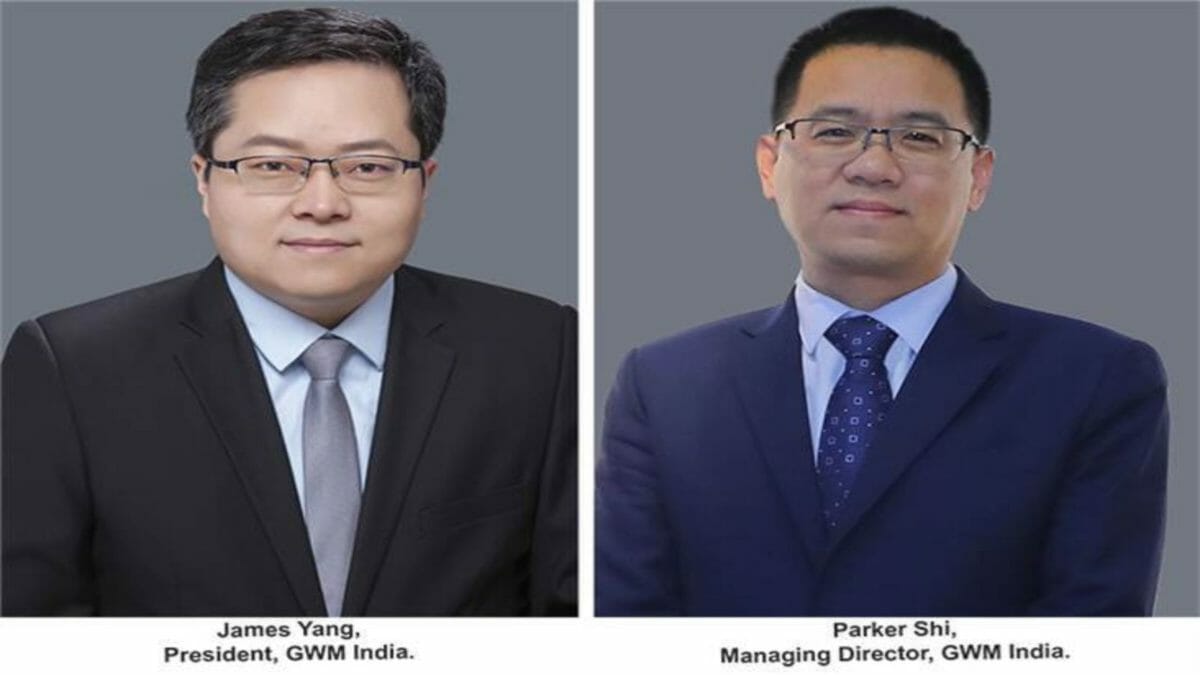 Speaking on his appointment, Mr. James Yang, President for the Indian subsidiary of GWM said, “I am happy that I have been given the chance to lead the operations at such a crucial juncture and hope that we can work towards providing the best quality products and at the same time generate more employment, business and economic viability.” He also added by saying that India holds great importance for GWM and is an important partner in the overall scheme of things in the ASEAN region and the company’s commitment towards the Indian market has been showcased with the investments in the Talegaon plant and R&D facility.

The company said Shi has global experience and has made immense contribution in expanding GWM business in Middle East, Africa and Australia regions before joining India project. He will be responsible for commercial operations for GWM India.

Also READ: 2020 Kia Rio Gets A Hybrid Engine And ‘Clutch by Wire’, Hyundai i20 to Follow Suit?

Speaking about his position and upcoming role, Parker Shi said, “I am happy to be a part of a team that is looking at making a foray in a highly competitive and soon to be the fourth largest market in the world. We at GWM are highly optimistic about the India market and we foresee recovery of the market in near future.  At GWM, we are excited and will continue pursuing our plans actively with utmost optimism to build a highly customer-centric organisation and build a strong brand image for GWM in India.”

GWM had announced plans to enter the Indian automotive market with the Haval brand in January. On January 22, the company appointed Hardeep Singh Brar as marketing and sales chief for its India operations. It made a bold foray at the 15th edition of Auto Expo earlier this year where the company showcased  a large variety of cars including the Haval H9, F7, F7X, H concept, F5,  Vision 2025 concept and GWM R1 electric car. The carmaker is yet to announce which models it will end up bringing to our market and when.