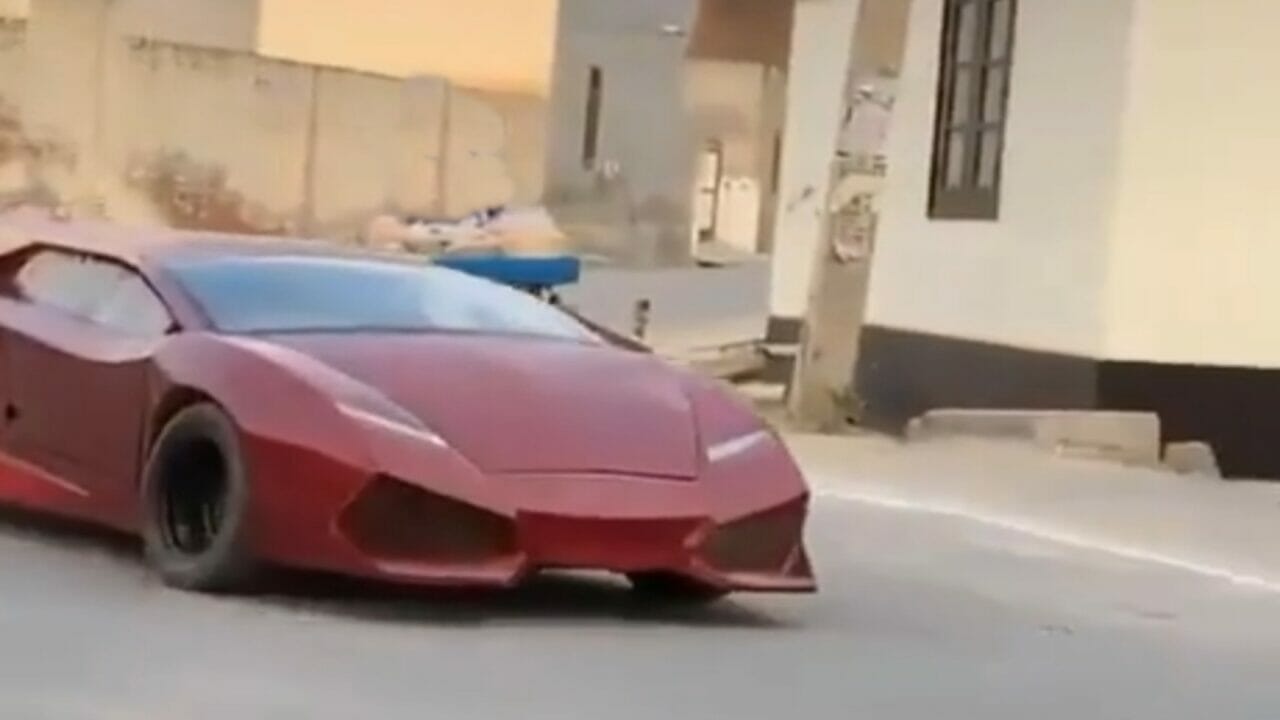 Supercars are a big part of an automobile enthusiast’s dream. With their sheer power, looks to die for and an exhaust note straight out of heaven, a supercar has many tricks up its sleeve to entice. Reserved only for a select few who can afford them, for the majority of us, it remains a wallpaper. However, there’s a dedicated lot which opts to build one or in this case, one which impersonates the original. These are not kit cars mind you. These are wrapped in metal hammered by bare hands and are usually powered by modest engines.

In a video we came across on Instagram, a ‘Homemade Huracan’ has been caught prowling on Indian streets. The fabricated bodywork might not radiate the finesse of the original Huracan but it successfully manages to grab a hell lot of attention. We have no word regarding the donor car which was put under the scalpel to pull off this custom job but the overall modification looks attractive, to say the least. We aren’t surprised that the fabricator decided to build a custom bodywork based on the Lamborghini Huracan. The Italian marque is renowned for its sharp supercars and over the years, they have garnered so much attention that every layman on the streets has heard of Lamborghini. 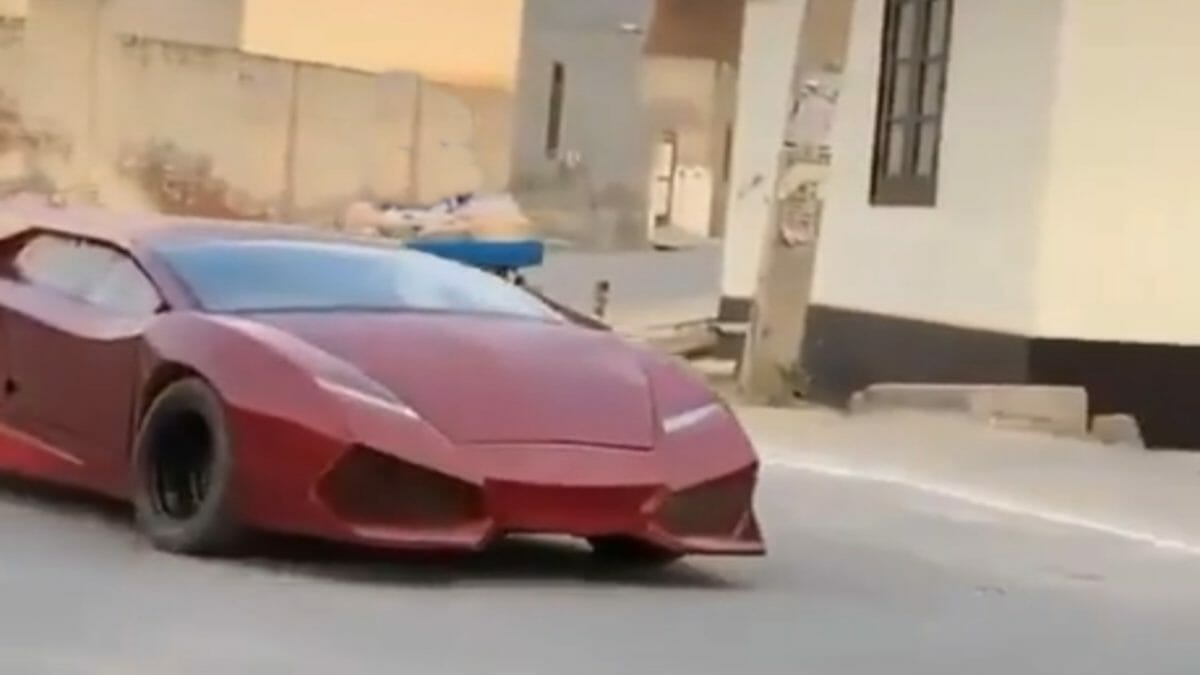 The Huracan being one of their most popular offerings, the fabricator decided to build a bodywork closely resembling the supercar and managed to pull off a commendable job which has a lot of rough edges but nothing which cannot be smoothened out by a professional. The bodywork is developed from the ground up and features large air dams on the front bumper, just like the Lamborghini Huracan. The bonnet too follows the same design philosophy as the Italian supercar and features some sharp lines. The headlamp design could have been a little better though because while the rest of the bodywork looks close to that of the Huracan, the headlamp setup looks a little out of place. The side profile is highlighted by a sloping roofline and the attempt made to carve metal in a way which gets as close as it can get to the original, is clearly visible. 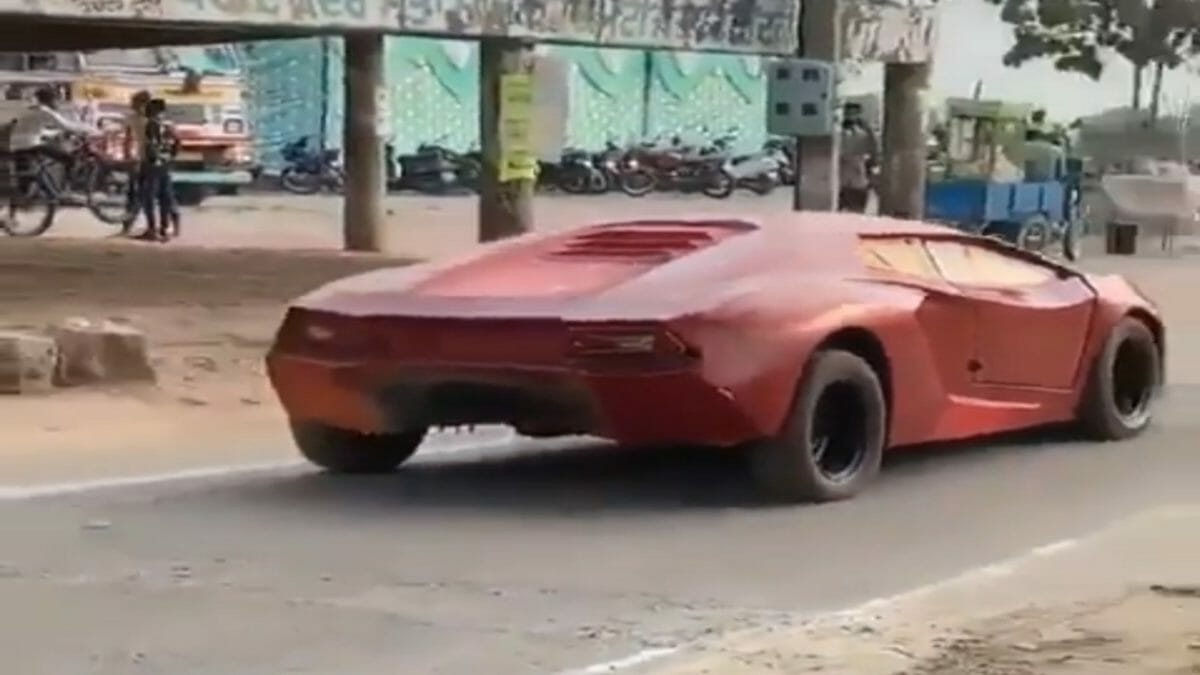 The rear end isn’t left unattended either as the custom builder has paid special attention to making it look as close to the revered supercar. The rear scoop which is a prominent aesthetic trait of the Huracan has been carried forward in this custom job as well. One good look at the video and you would realize that it isn’t the finalized version of the custom job and the overall paint job looks unfinished as well. We are curious to see that what else does the fabricator has in store. But if you are reading this in a highly unlikely scenario, please drape it in Lamborghini Yellow!

Like we said earlier, there is no word regarding the internals of the custom car but talking about the Huracan in general, it stays true to Lamborghini’s genes. It doesn’t just look astonishing but it packs quite a heavy punch under the hood. Its 5.2-litre V10 engine is still one of the last remaining free-breathing motors and we don’t need to tell you about the way it looks.