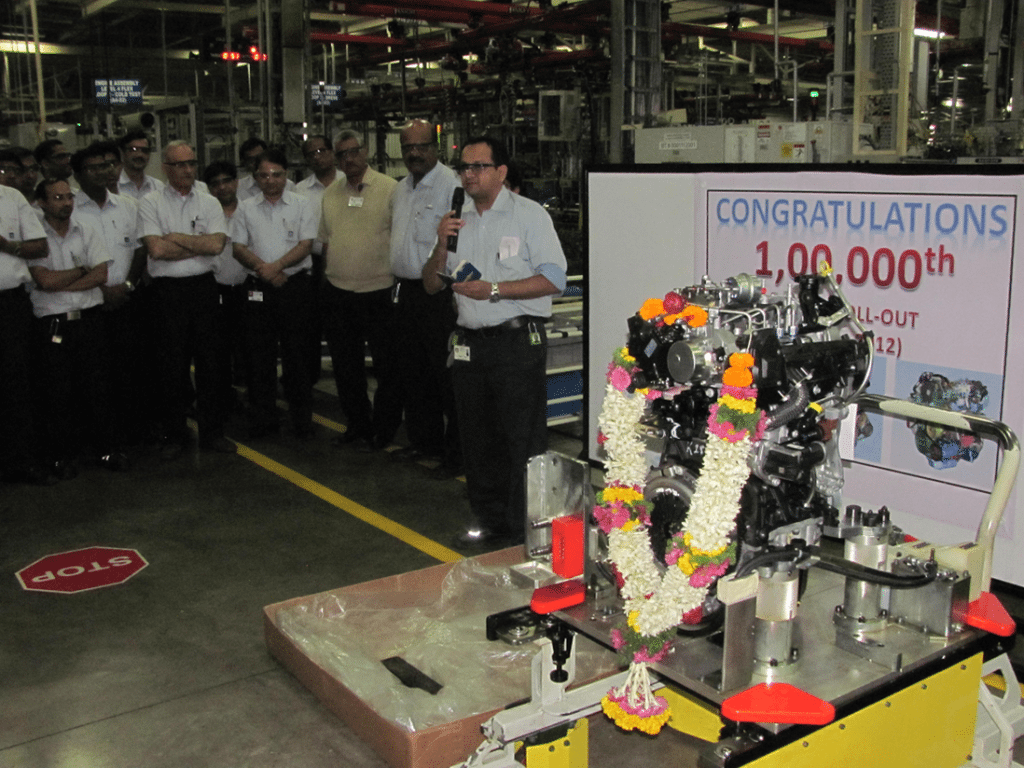 General Motors India’s powertrain facility at Talegaon manufacturing plant has crossed the prestigious milestone of producing 100,000 engines on December 13, 2012. This historic feat has been achieved due to the growing popularity of Chevrolet Beat and Chevrolet Cruze supplemented by the encouraging response to the latest addition to the Chevrolet portfolio – Chevrolet SAIL U-VA.

The Talegaon Engine facility is GM’s first Powertrain plant in the world that manufactures both petrol and diesel engines simultaneously. The state-of-the-art facility which became operational in November 2010 was built at a cost of US$230 million.  It has an initial annual production capacity of 160,000 engines and is designed to accommodate future expansion. Within a span of slightly more than 2 years, the plant has crossed the 100,000 engines milestone while also maintaining its quality and efficiency standards.

Commenting on the performance, Mr. Lowell Paddock, President & Managing Director, General Motors India said, “This is a proud moment for us all of us at GM India. Crossing the milestone of producing 100,000 engines at the Powetrain plant is a testament of our commitment to the Indian market. With the launch of the Chevrolet SAIL U-VA and the forthcoming launches of Chevrolet SAIL and Chevrolet Enjoy, we will be stepping up the production at the plant. We look forward to achieving more milestones as we go ahead and offer best-in-segment cars in the Indian automobile market.”

The powertrain facility currently manufactures TCDi diesel engines in 1.0 litre and 1.3 litre capacities apart from gasoline engines in 1.0 litre and 1.2 litre capacities. To accommodate the growing demand of its carlines along with the expansion of its portfolio with Sail notchback and Enjoy MPV next year, the Powertrain engine plant has been constructed with a provision to further increase the capacity by another 140,000 engines (per year) in the second phase, depending on the requirement.

It may be recalled that General Motors India’s Talegaon manufacturing plant was recognised by U.S. Environmental Protection Agency for Energy Reduction Progress last week. The plant is one of 54 GM facilities worldwide to meet a voluntary energy-reduction challenge set by the U.S. Environmental Protection Agency. The Talegaon manufacturing facility was instrumental in cutting its energy intensity by 12 percent in less than two years thereby avoiding 4,419 tons of CO2 from entering the atmosphere.