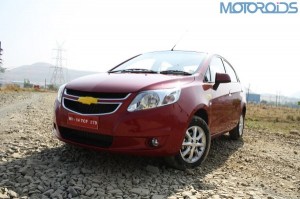 Commenting on the performance, Mr. P. Balendran, Vice President, General Motors India, said, “We have recorded a marginal growth in sales on the back of the good response to the newly launched Chevrolet Sail. Despite announcing attractive sales offers, the showroom footfalls, enquiry levels and conversion rates remained very poor. We do not expect the market to improve in the short term, as the market continues to remain subdued due to economic slowdown, political uncertainty and various other factors”.