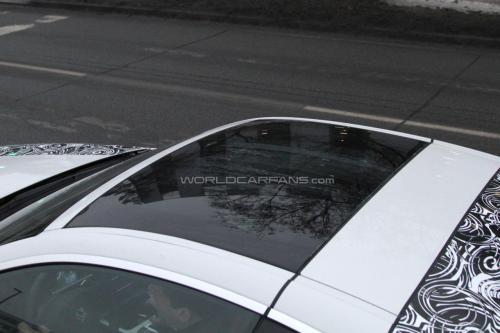 The last you must have seen the panoramic glass roof was on the Nissan Teana. BMW has now come up with a similar idea for the BMW 2012 Concept 6 series coupe. Spy images of the car shot at Munich support the story. Even though they are prototypes we can clearly see distinct marks of the concept 6 series coupe which make its debut at the Paris fall. Under the hood we have a massive 3 litre turbocharged inline six-dialed to the 320bhp mark also another 4.4 litre V8 maxing 407bhp. Gearbox options available are either the 6 speed manual for the 8 speed automatic.