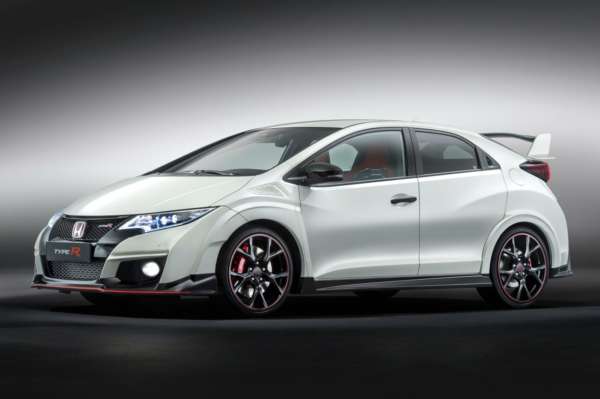 Honda’s all new 2015 Civic Type R has made its debut at the 2015 Geneva Motor Show. The development model of the car has already set a new record at the Nurburgring for a FWD mode. While the record is still not official, the tasty specs make us believe that the newest hot hatch from Honda is properly capable of achieving the feat. 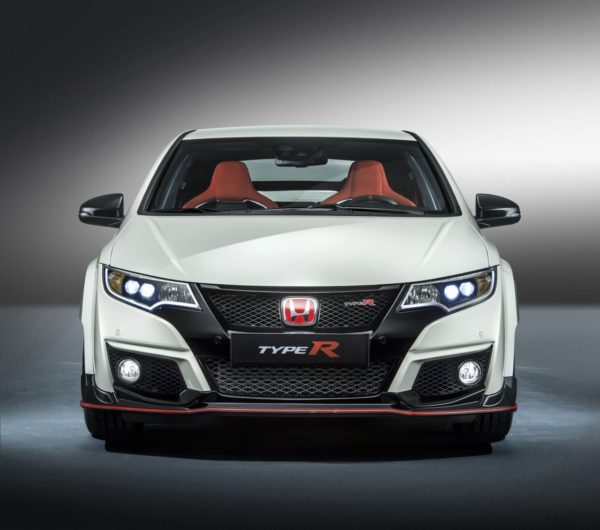 The next generation engine, redlined at 7000 rpm launches the 2015 Type R from 0-to-100 km/h in just 5.7 seconds – making it the fastest accelerating performance front-wheel drive hatchback. Top speed, too, is a class-leading 270 km/. Transmission duties are taken care of by a six-speed unit, which Honda claims to be extremely involving. While we can’t confirm that, we, sure as hell love the spherical stick, and the racy markings on it. 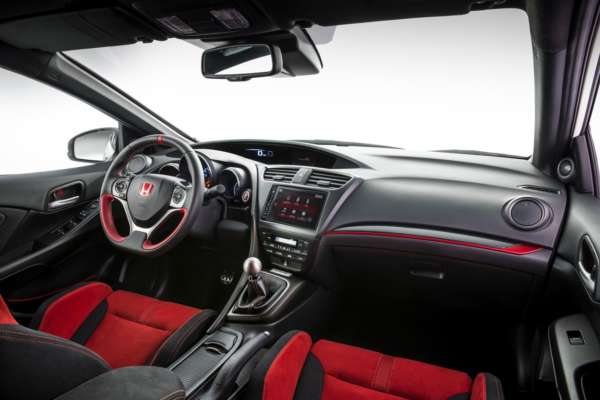 Another headline news for the new Type R is the introduction of the +R mode, meant to enhance the response of various drivetrain and chassis systems for an even more involving, enthralling experience. The new ‘+R’ button increases engine responsiveness and alters torque-mapping for a more aggressive and performance-focused character. The steering becomes more direct and less assisted. The suspension, too, benefits from the new mode with enhanced stiffnessthanks to 30 per cent more damping force from the new four-point Adaptive Damper System.

The suspension of the Type R has been enhanced exhaustively for superior dynamics. The new four-point Adaptive Damper System mentioned above has been developed specifically for the Type R. The system allows continuous independent control of each wheel. The system not only automatically controls the wheel load in performance oriented driving conditions, but also enables the Type R to offer a comfortable ride during everyday driving. Dual Axis Strut front suspension system up front, and H-shaped torsion beam suspension with a bespoke ‘crushed pipe’ at the rear form the basis of the Type R’s suspension system. 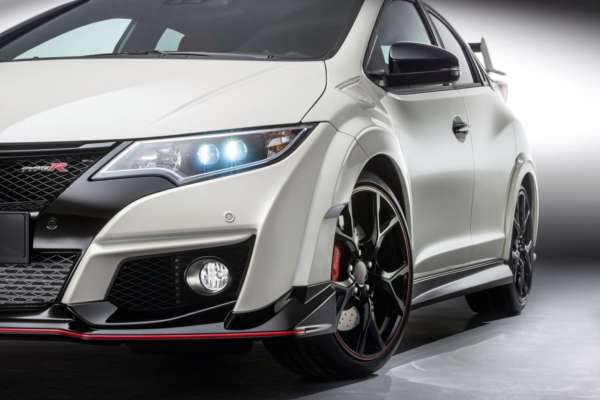 Inside the cabin, a unique ambience of sportiness and involvement has been created with great care. The stick shifter knob we mentioned above has been made from machined aluminium alloy. The car features high-backed sports seats wrapped in suede-effect black material with red double stitching. The seats are designed for great lateral support during hard cornering. The black leather-clad steering wheel and black gear-lever gaiter also get the red double stitching for a sporty character.Roof, too has been trimmed in black. 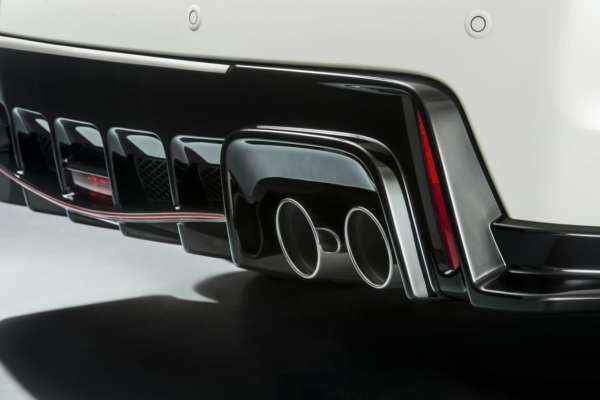 The Type R is driven by an unrelenting focus to go faster. The 2015 Type R has been tested exhaustively in the wind tunnel at Sakura, where Honda tests its F1 hardware. All the surfaces, including the wings and spoilers are designed and tested to enhance downforce. Everything on the outside is proportioned and styled to optimise downforce without causing a significant increase in drag at higher speeds.

Heat management was another major focus for the design team, influencing several prominent external design modifications. Enlarged upper and lower grilles in the front bumper allow greater volume of cooling air into the engine bay. The airflow is channelled to outlet vents above the wheels on the front quarter panels and vents at the trailing edges of the widened front wheel arches to provide greater cooling and ventilation for the high-output engine. 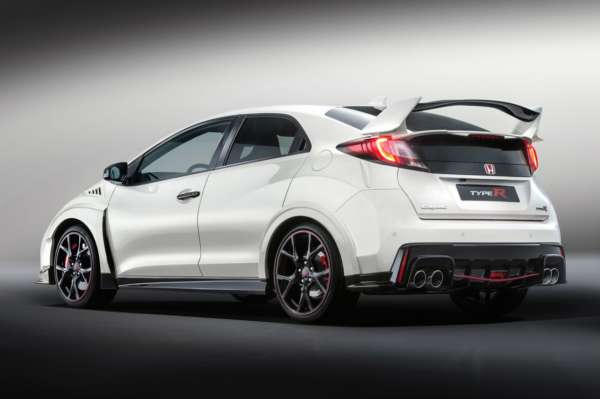 Over and above the thrills of the standard GT R, the customers will have the option of going for the GT Pack. On the outside, the Gt pack offers red highlights for a racier appearance. On the inside, driver gets front and rear parking sensors, auto headlamps, rain sensing wipers and electric fold door mirrors. The optional pack also offers aan Integrated Garmin sat-nav and a high output 320 watt stereo system.