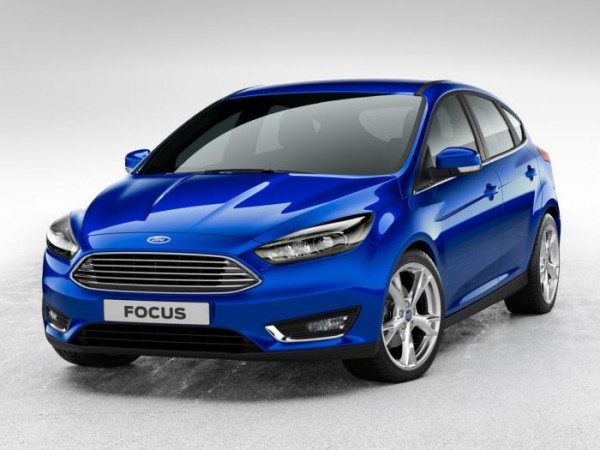 What we have here are first official images of the upcoming 2014 Ford Focus facelift, that is set to make its public debut at the fast approaching Geneva Auto Show 2014.

The third gen Ford Focus, which is in its third year of career, will be seen sporting Ford’s new Aston Martin-inspired front grille, along with which the car also gets a a new set of headlights and bumper. Rest of the car will remain unchanged, barring a few minor revisions for the rear bumper and taillights. On the inside, the car gets a new design for the centre console, which has reduced number of buttons and hence, a less cluttered feel. 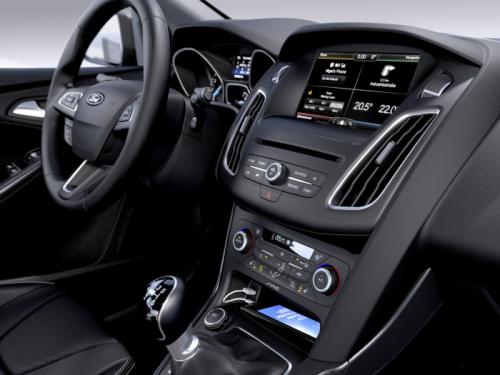 Mechanically though, the car remains unchanged and continues to be offered with the same set of engines as the outgoing model. However, it is being said that the car maker might add a 1.5-liter EcoBoost gasoline motor along with a 1.5-liter turbocharged diesel. Also, the current motors will get a re-map for increased power output and reduced CO2 emissions and fuel consumption.

The top of the line Ford Focus ST will also get some more styling tweaks, along with revised steering, chassis and suspension. The 2.0-liter, four pot, turbocharged EcoBoost engine though, continues to have a max power of 250 HP (184 kW) and peak torque of 360 Nm (265 lb-ft).