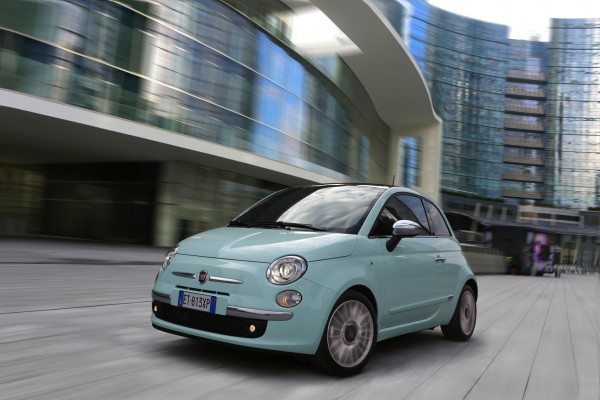 The 2014 Fiat 500 range will make its debut at the fast approaching Geneva Motor Show and will be seen hosting enhanced style and technological features. Among the several new features for the 2014 Fiat 500 is the new seven-inch TFT digital instrument display, making the 2014 500 the first vehicle in its segment to be thus equipped. The TFT display, developed in collaboration with Magnetti Marelli, brings together all the information required for controlling the car and its functions without disrupting the retro aesthetics of the cabin.

The seven-inch TFT screen can also display media player and telephone information and, when fitted with a TomTom 2 LIVE satnav system, navigation information also appears in the display, including junction graphics and real time traffic updates. As a final touch, the TFT screen reconfigures when the Sport button is activated on models equipped with 105hp 0.9 TwinAir Turbo engine. The ‘eco’ display, which measures how efficiently the driver is performing, transforms into a turbo-boost gauge, emphasising the dual-personality of the new 105hp TwinAir engine that debuts with the 2014 500. New alloy wheels, seat fabrics and leather upholsteries complete the revisions. 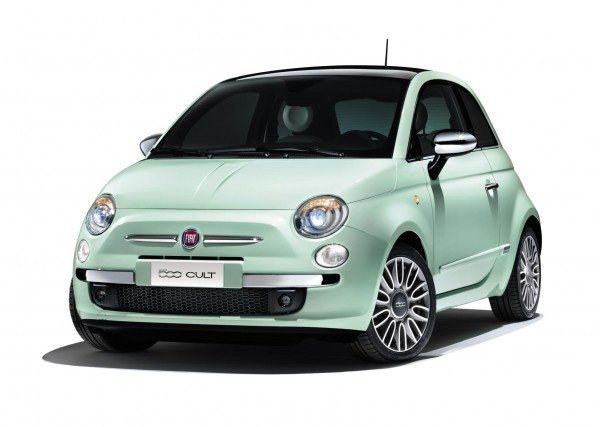 The new TwinAir engine is displaces 0.9 litres and employs a turbocharger,  an exhaust manifold integrated into the cylinder head, a Start&Stop fuel-saving system and the new MultiAir II intake valve control system. The motor will come mated to a six-speed manual gearbox as standard and the motor will bestow the 500 with a max power of 105hp at 5,500rpm and peak torque of 107lb ft (145Nm) at 2,000rpm. With this, the 500 will be enable to dismiss the 62mph mark from standstill in just 10 seconds and have a top speed of 117mph. Also, all variants equipped with this engine will get rear disc brakes as standard.

The 2014 500 range will be available with two new body colours – a retro green and new three-layer white.

The 2014 500 is due to go on sale in the UK by the end of April with pricing to be announced closer to the car’s launch.