After being revived from bankruptcy by Uncle Sam a few years ago, General Motors is back in action with fresh investments of $5.4 billion in US facilities.

The American company is detailing only three of its factory investments with the largest of them being $520 million for “tooling and equipment for future new vehicle programs” at the Lansing Delta Township factory. 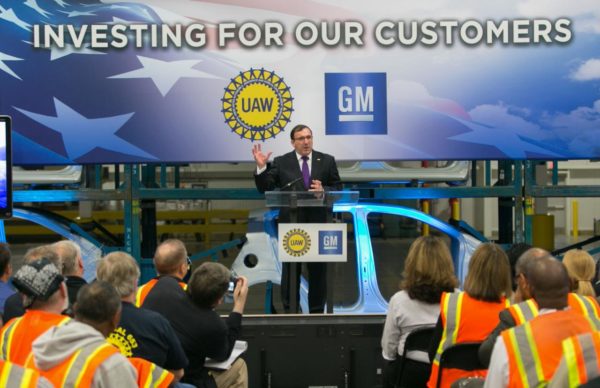 GM will also investing $139.5 million in a new body shop and stamping facility at the Pre-Production Operations center in Warren. Also, around $124 million will be put into the Pontiac Metal Center.

“These investments are evidence of a company on the move, strategically investing in the people, tools and equipment to produce cars, trucks and crossovers that are built to win in the marketplace, with stunning design, quality and breakthrough technologies,” GM North America President Alan Batey commented. 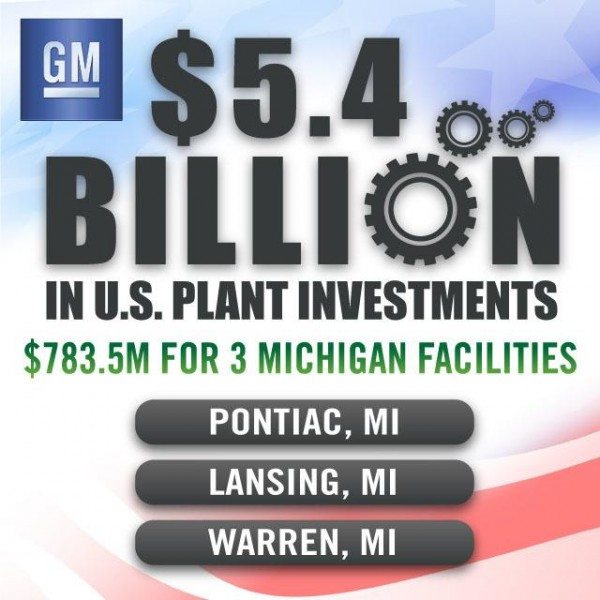 “The common thread among our investments is the focus on product improvements that benefit customers,” said Cathy Clegg, vice president of GM North America Manufacturing. “Together with our UAW partners, we’re working hard to exceed consumers’ ever-increasing quality expectations.”

Since June 2009, GM has announced U.S. facility investment of approximately $16.8 billion. About $11.4 billion of that has come since the 2011 UAW-GM National Agreement. In total, these investments have created 3,650 new jobs and secured the positions of approximately 20,700 others.