After launching the Lodgy a couple of months ago, Renault will be unveiling their low cost hatchback – reportedly named Kayou on May 20th in Chennai. The Alto 800 rivaling car was recently caught on test wearing a production body. Code-named the XBA, the sub-4 lakh/sub-4 meter hatchback will ride on the Renault-Nissan’s highly flexible India-specific CMF-A (Common Module Family – Affordable), a platform which will also underpin the redi-Go hatchback from Datsun. 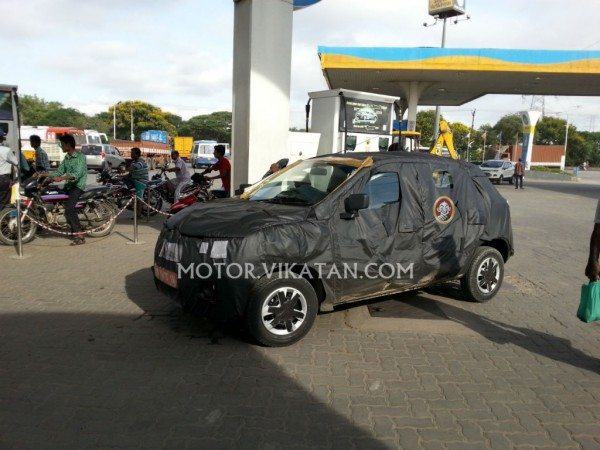 Under the hood of this low cost hatch will be an all-new 800cc, three-cylinder petrol unit codenamed the BR-8. This motor will boast of a twin-cam, four-valves-per-cylinder set-up and will produce around 40-50 horsepower. A 5-speed manual transmission will come as standard with the possibility of an AMT at a later stage. Renault India has already announced it won’t be available with a diesel heart.

Speaking of the Kayou, we can see it will sport only a single wiper at the front to save costs. Although being a low cost product, this car is expected to feature a modern design considering it will be sold globally. 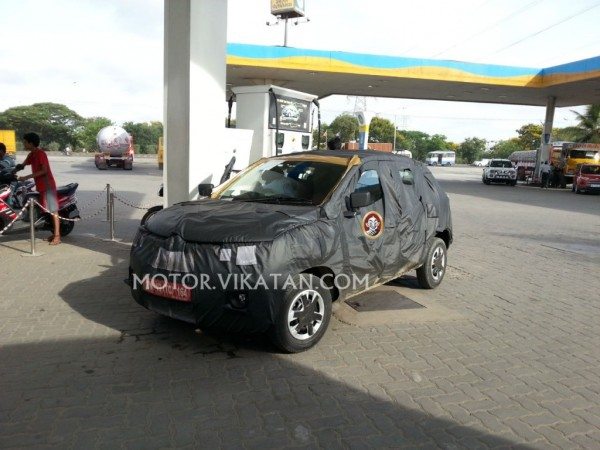 Both the Redi-Go project (code-named as the Datsun I2), and the XBA are being developed here in country at the RNTBCI (Renault Nissan Technology Business Centre India) and will be exported to select European markets under the Dacia brand.

What do you think of the Renault Kayou ? Can it dethrone the Maruti Suzuki Alto 800 as the largest selling hatchback ? Let us know your thoughts in the comments section below.