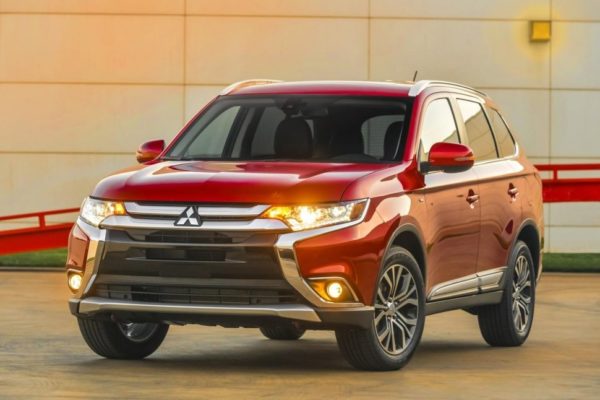 Mitsubishi has taken the wraps off the 2016 Outlander at the ongoing New York Auto Show, and is keen to point out that it is much more than “just a cosmetic ‘refreshing.” What they mean is that it representes the new corporate face of the Japanese brand, something that we can see being replicated across other models soon. The new Outlander’s design language has been previewed on numerous concept cars over the past year, especially the Outlander PHEV Concept-S that’s almost identical in appearance to the production model.

The biggest changes are at the front, where the Outlander gets a new grille that Mitsubishi calls “Dynamic Shield”, LED headlights on its top-of-the-line GT model, along with LED taillights and 18-inch wheels as standard. This style is supposed to reference the beefy bumpers of the old Mitsubishi Montero, one of the original family-friendly SUVs. Unlike the Montero, though, the Outlander is still a car-based crossover with no off-road ability to speak of. 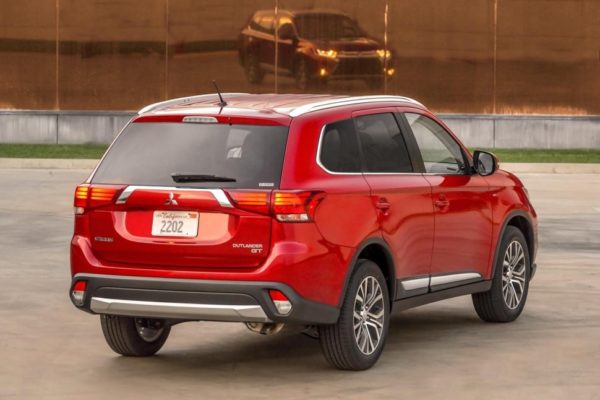 Inside, the Outlander gets “a fresh design update” with better seats, a folding third row, Mitsubishi’s new Multi Communication System, and a rearview mirror with its OnStar-esque Homelink system. There’s also a lot of standard equipment on offer, including automatic climate control; an ECO mode; a tilting and telescoping leather-wrapped steering wheel with audio and cruise controls; a leather-wrapped shift knob; a six-speaker, 140-watt audio system with Fuse Hands-Free Link System with a USB port; power windows, door locks, and mirrors; and 60/40 split second-row seats and 50/50 split third-row seats. 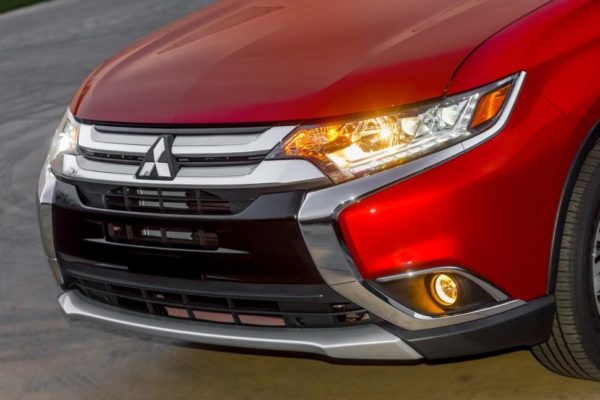 Mitsubishi is cagey when it comes to powertrain options, but we reckon a new CVT will give the 2016 Outlander improved acceleration, performance, shift feel, and torque delivery. We also expect the current model’s powertrain options to carry over. The base engine in the current model is a 2.4-litre I-4 with 166 hp and 220Nm of torque mated to a CVT and available in front- or all-wheel drive. The top-spec GT model features a 224-hp, 291Nm, 3.0-litre V-6 mated to six-speed automatic and standard all-wheel drive.

Scroll below for the image gallery and full press release:

The new Outlander features over 100 engineering and design improvements

The 2016 Outlander marks a new era for the Mitsubishi brand relating to style, refinement and overall driving experience

Mitsubishi Motors North America, Inc. (MMNA) today unveiled the new 2016 Mitsubishi Outlander seven-passenger crossover at the 2015 New York International Auto Show. The 2016 Outlander is the first Mitsubishi production vehicle to showcase the brand’s new design language. The 2016 Outlander is not just a cosmetic “refreshing,” however, and features an unprecedented number of important engineering and design improvements that increase the level of refinement and overall driving experience. The 2016 Outlander is a segment-leading vehicle that will appeal to buyers wanting value, quality and safety.

“The 2016 Outlander has an eye-catching new design aesthetic inside and out, and with its long list of engineering upgrades, the new Outlander literally looks, drives and feels like an entirely new vehicle, making it an even more compelling value than before,” said MMNA Executive Vice President, Don Swearingen. “Mitsubishi’s outstanding sales momentum is carrying into the new-year and with the arrival of the 2016 Outlander crossover we are well positioned to sustain our growth.”

The 2016 Outlander features Mitsubishi’s new front design concept, “Dynamic Shield.” This feature is inherited from the bumper side protection seen on generations of the Montero, providing unique protection for both the people and car.