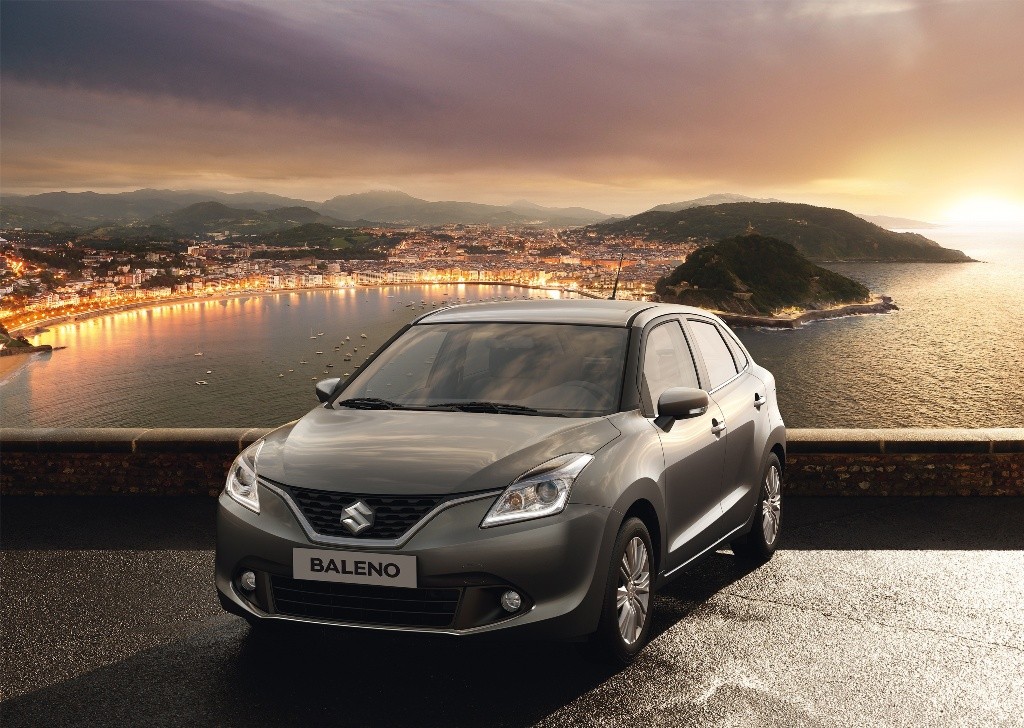 Suzuki has unveiled the all-new Baleno, a B-segment hatchback, at the 2015 Frankfurt Motor Show. The new Baleno will eventually be sold in India by Maruti as a premium hatchback (codenamed – YRA) positioned above the Swift. Production has already commenced at Maruti’s Manesar plant. The new Baleno is based on a new-generation platform, and is powered by a new 1.0 BOOSTERJET direct-injection turbo engine, along with a 1.2 DUALJET engine with the SHVS mild hybrid system by Suzuki. 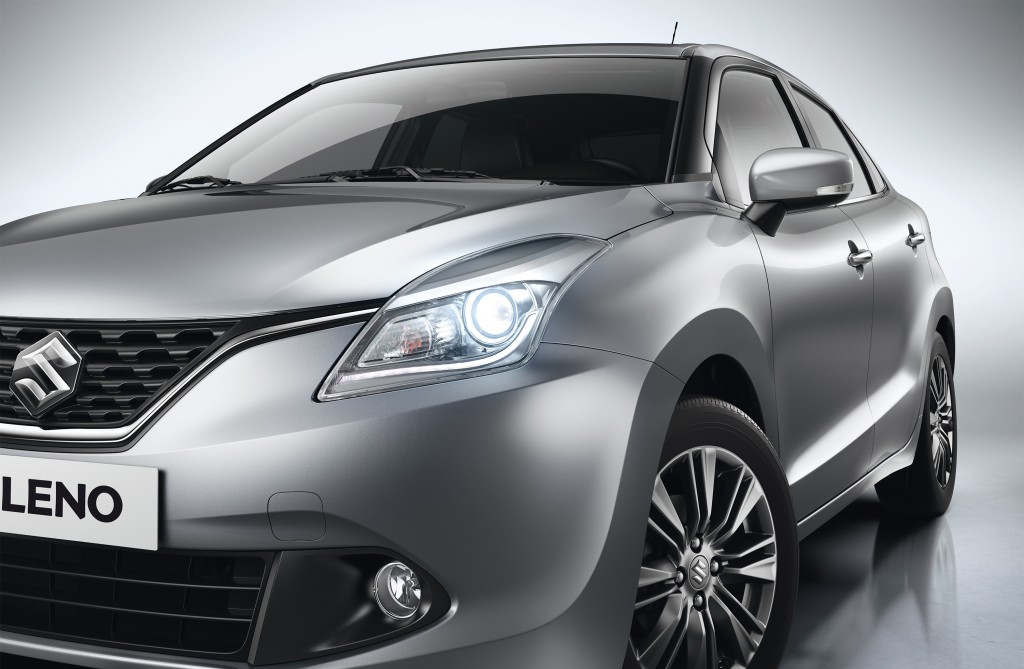 The Baleno is styled with Suzuki’s new “Liquid Flow” design theme, which is “suggestive of an energetic mass of liquid in motion”. Exterior highlights include a V-shaped front grille with a chrome lower lip, high intensity discharge projector headlamps with LED position lamps, blacked-out A-pillars, a forward-sloping rear hatch, a thin roof-spoiler, LED rear combination lamps, outer weather strips made of iridescent stainless steel and chrome door handles, along with 15- or 16-inch alloy wheels depending on the variant. 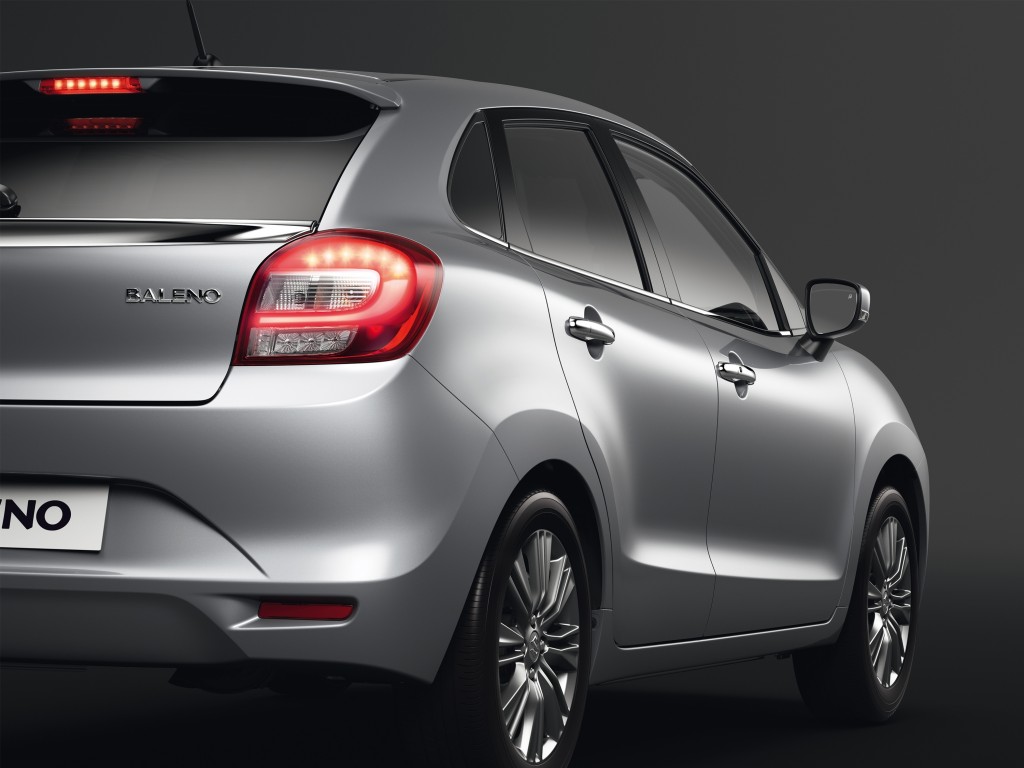 The new Baleno will be available in nine body colours, which include “Premium Silver Metallic” and “ Ray Blue Pearl Metallic”, which changes from a green hue to a red tinge, depending on surrounding lighting conditions. The new Baleno measures 3,995mm long; 1,745mm wide; 1,470mm high (1,460mm with SHVS), along with a wheelbase of 2,520mm. Minimum ground clearance is 120mm (110mm with SHVS), while the Baleno rides on 185/55R16 or 175/65R15 tyres depending on the variant. 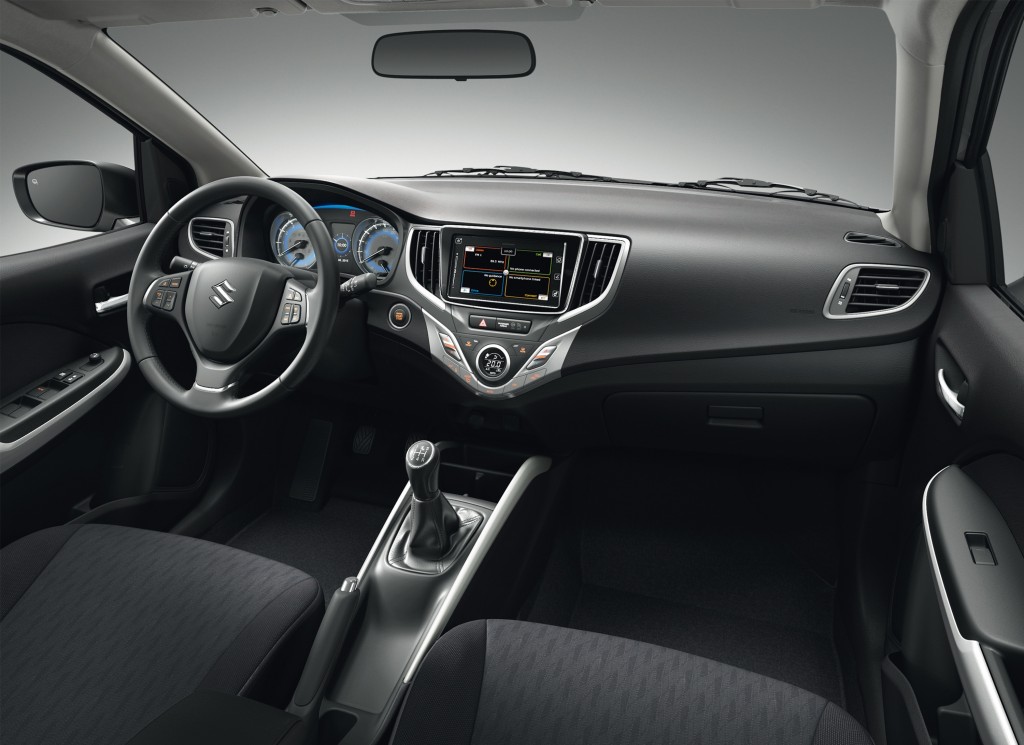 The all-black dashboard is characterised by curving lines, while highlights come in the form of dull silver accents and reddish-amber illumination for the audio, air conditioner, gear shift indicator, and other controls. A large, high-definition colour LCD display in the instrument cluster shows performance and other information. Highlighted features include driving G-force, engine output and torque, accelerator/brake operation, and energy flow (for vehicles with SHVS), among others.

The centre console features a Smartphone Linkage Audio Display with a 7-inch touch panel screen has a USB port and SD card slot and displays the view behind the vehicle by way of a rear view camera. It can be connected to an iPhone via a USB cable for using Apple CarPlay’s various functions, such as Maps, Phone, Messages, and Music, as well as Podcasts, Audiobooks, and third-party Apple CarPlay compatible audio apps. It can also be connected to smartphones using MirrorLink. 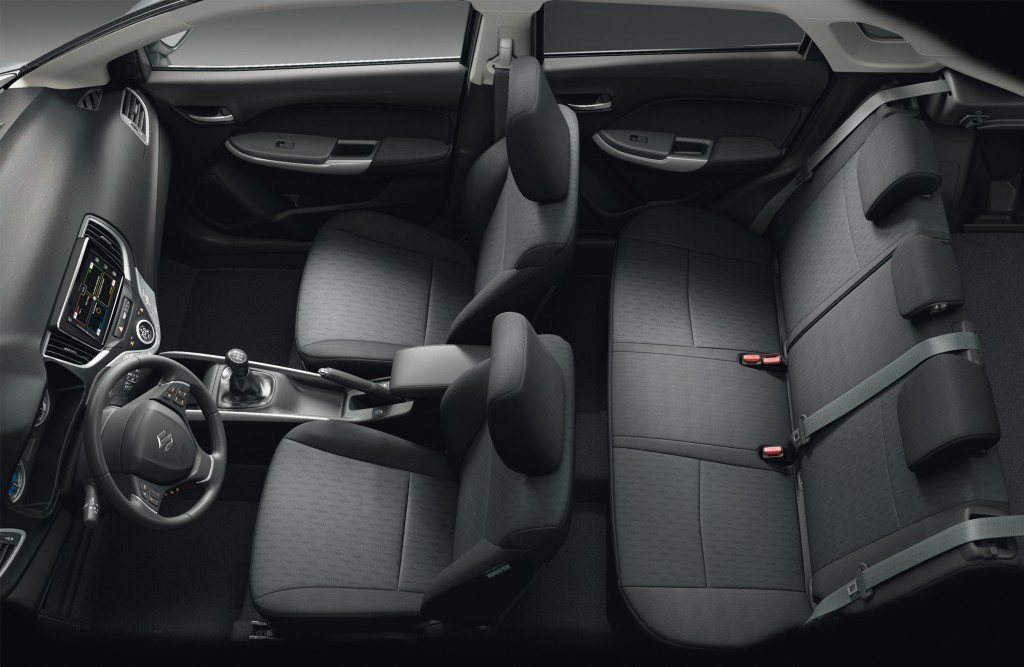 A unique circular display and a high-contrast LCD panel highlight the automatic air conditioner, while an adaptive cruise control system uses millimetre wave radar to monitor following distance and automatically accelerate or decelerate the vehicle to maintain a long, medium, or short distance from any vehicle directly in front as set by the driver. It also features a speed limiter that prevents the vehicle from exceeding the maximum speed set by the driver, regardless of the extent to which the accelerator pedal is pushed.

The front seats feature an optimised shape and spring position for ride comfort and high-tensile materials for lightness and strength. Suzuki says that the rear seats feature ample legroom, due to a substantial front-rear-seat tandem distance of 805mm. They can be easily folded by a single action and come in various bench or split configurations with three separate-type head restraints. 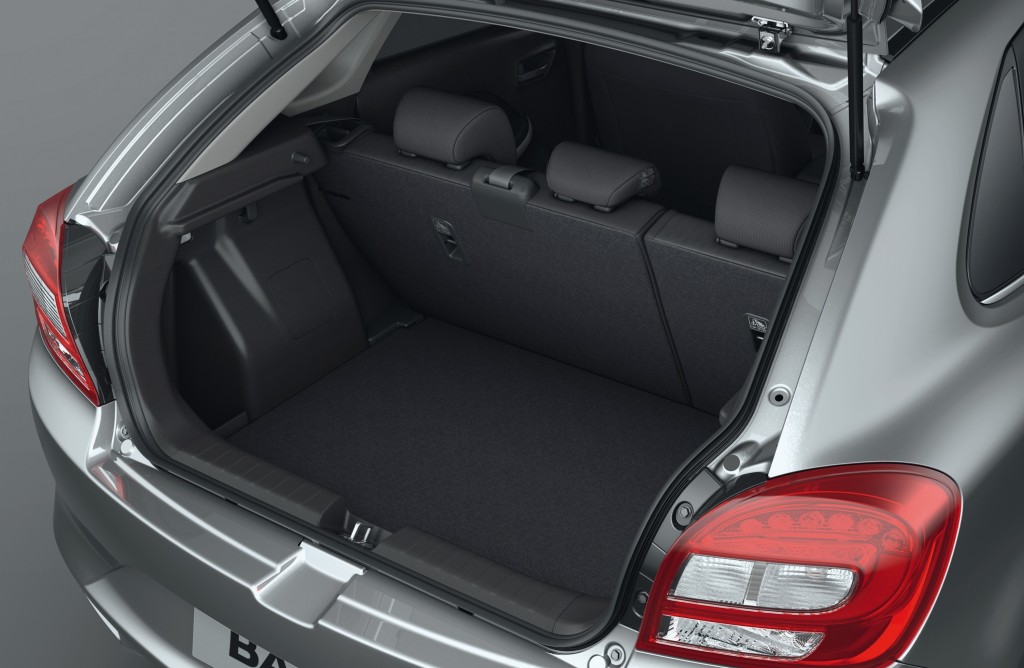 The luggage space boasts 355 litres, making it the largest among B-segment hatchbacks according to Suzuki. To accommodate long or wide items, the shape of the suspension has been optimised to free up space on both sides at the back of the boot. The space can be enlarged by folding down the rear seatbacks, sliding the front seats forward, and using the luggage board in either its upper or lower position. 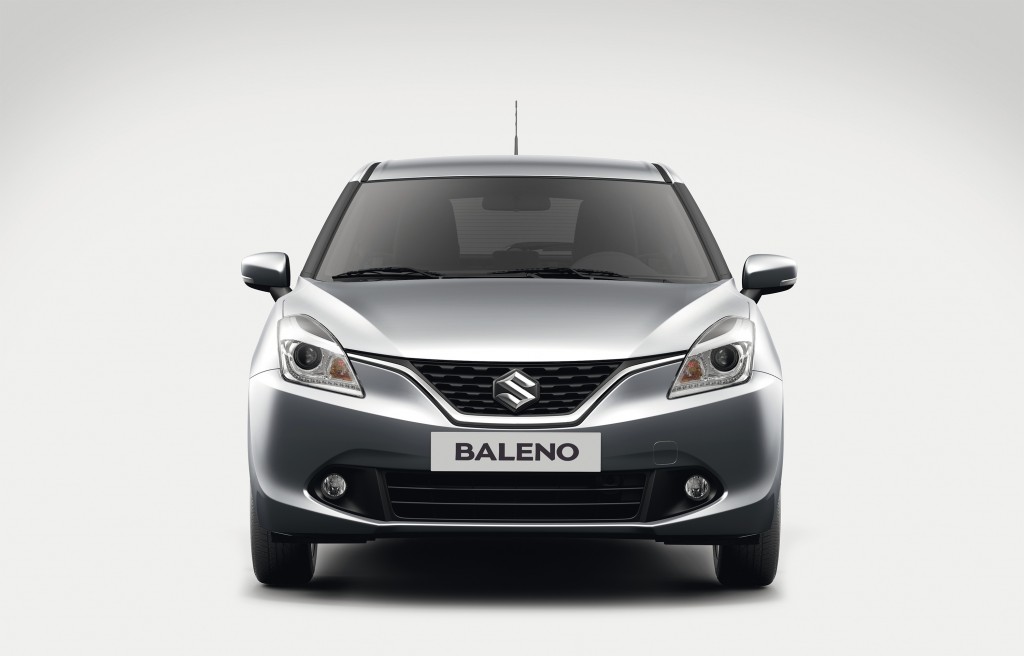 The new Baleno is based on a new generation platform where body rigidity has been enhanced by approximately 10 per cent and, and due to the use of a continuous skeletal structure that creates a smooth form, total vehicle weight has been reduced by approximately 15 per cent. Additionally, Suzuki claims to have kept vibration and noise in check, while maintaining riding comfort by aiming for optimisation of the entire vehicle including components attached to the underbody. 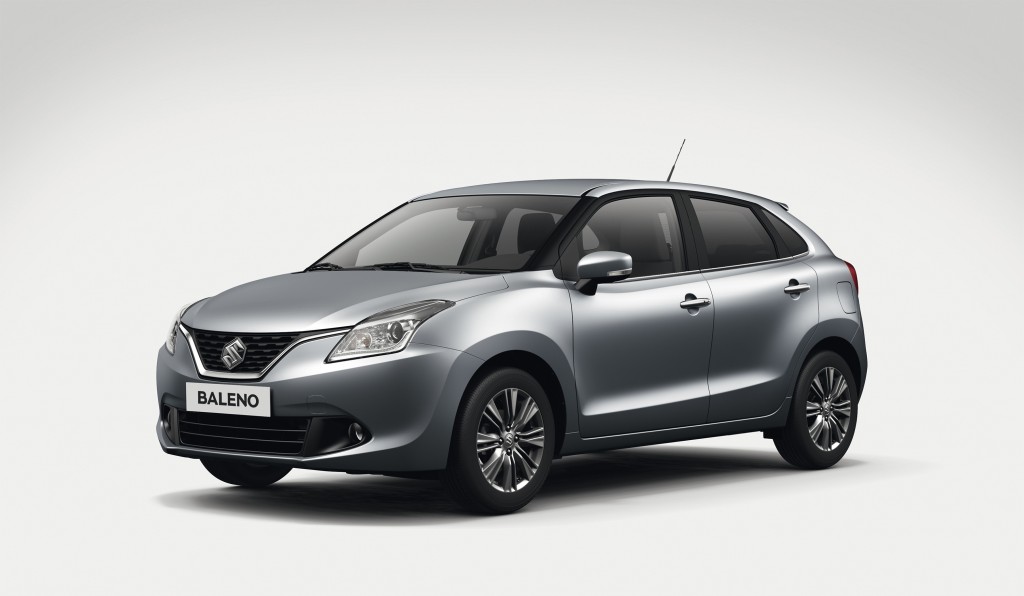 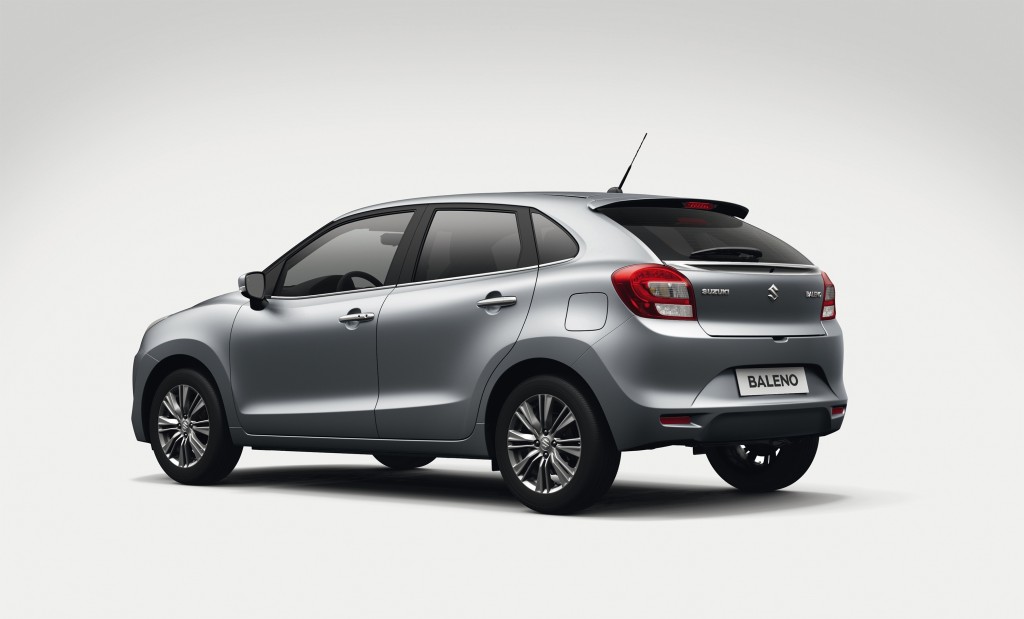 Regarding transmissions, the 1.0 BOOSTERJET can be paired with either a five-speed manual or a six-speed automatic transmission. The 1.2 DUALJET can be paired with either the same five-speed manual transmission as the 1.0 BOOSTERJET or with a continuously variable transmission. The 1.2 DUALJET engine can also be had with the SHVS mild hybrid system by Suzuki that also made its India debut on the Ciaz diesel. It uses an ISG (Integrated Starter Generator) to assist the engine during acceleration and also generates electricity through regenerative braking. 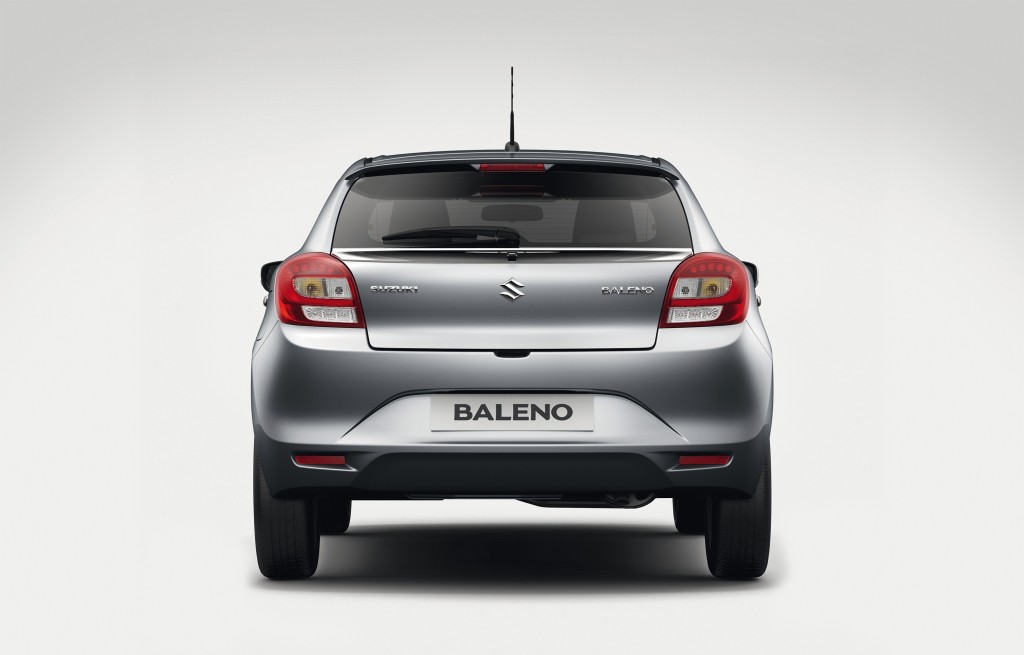 Chief among the safety features on the Baleno include the Radar Brake Support (RBS). With RBS, when the vehicle is travelling at a speed greater than approximately 5 km/h, millimetre wave radar detects any vehicle that might be directly in front. Upon detecting a potential collision, depending on the situation, the vehicle 1) alerts the driver, 2) increases braking force, or 3) automatically applies the brakes. Other safety features include ESP, six SRS airbags and an impact absorbent body. Various components have also been designed to lessen injuries sustained by pedestrians in vehicle-to-person collisions.