Home Crashes Four Injured In A High-Speed Crash In Mumbai

Intersections are one of the most dangerous spots on the roads. Going too fast at one can result in a serious crash and we always advice to slowdown at crossroads, junctions and gap in dividers. A few days ago, we saw a video which captured the footage of a Swift Dzire crashing into a Hyundai Creta in Mangalore. A similar event of sorts took place in Mumbai, although this time there was a motorcycle involved.

The accident took place at Mumbai’s Marine Drive where a Honda CBR250R crashed into a Jaguar XE near the Air India building. The rider of the quarter-litre motorcycle, Shashank Wadke, along with his pillion Mangesh Patil, was travelling at high speed and did not slowdown near the junction. Meanwhile, the Jaguar XE, with four occupants inside, driven by Ronak Daftary, was making a U-turn. 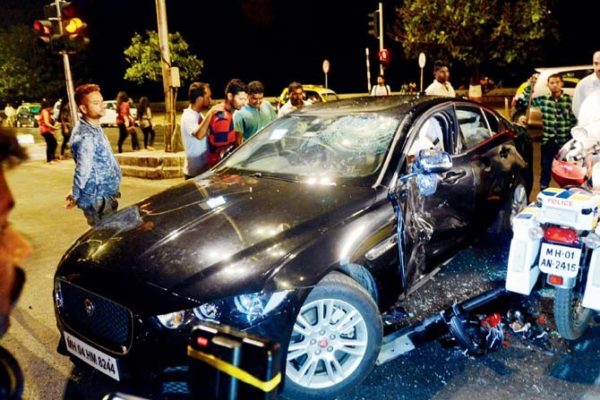 The impact of crash was such that the rider and the pillion of the Honda CBR250R were tossed at least two-meters into the air before hitting the ground. They were immediately rushed to Gokuldas Tejpal (G.T) hospital. The occupants of the luxury sedan, Isha Multani and Atith Shah also sustained injuries. Manushree Shah, another occupant of the Jaguar XE escaped without any injuries. The force of impact caused the airbags to deploy, saving the occupants from further injuries. The motorcyclists, however, suffered severe injuries and are currently under observation.

What should we be doing?

Firstly, slowdown, look and then go ahead. There are places where you’re meant to go fast without worrying about cars, people or cattle coming in your way and those are called race tracks. Everywhere else, slow down, especially near intersections. Motorcyclists should be extra cautious as they are not cocooned inside an iron cage with several airbags. Slow down near an intersection, honk once and then go ahead. 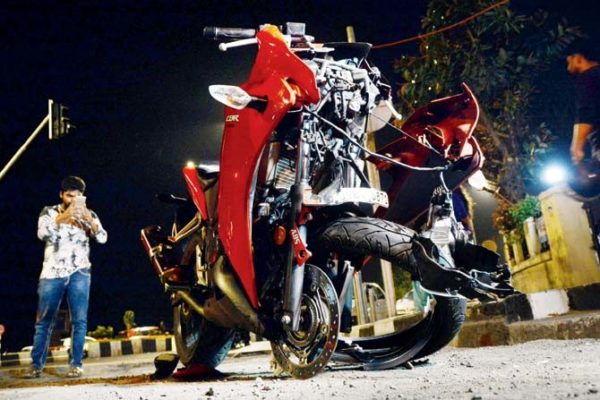 For folks who travel inside the tin chariots, keep an eye at other vehicles, especially motorcyclists. Use turn indicators at least 20-30 meters before you are actually going to take a turn and look out for oncoming vehicles before stepping on the gas. Drive/ride safe.