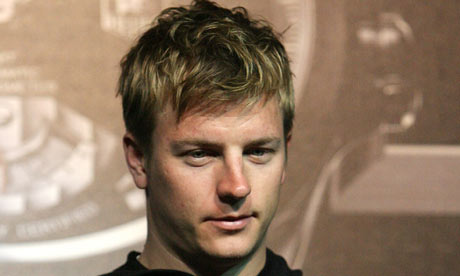 Guess who is back? After a rendezvous with NASCAR and WRC, Iceman Kimi Raikkonen is returning to Formula 1 this year. The 2007 World Champion will be seen in the Lotus Renault GP car this year. Kimi recently clocked 300 kms in a Renault R30 on test duty. The car is running in 2012 specifications and Kimi will be seen doing more laps of the circuit at Valencia. On Tuesday, Kimi has four sets of Pirelli tyres at his disposal. The test aims to put Kimi at ease with Formula 1’s new rules and regulations. The Finnish driver will have to get used to ban on refueling and DRS.

We wish lots of luck to Kimi!