Home News Formula One headed towards an IPO worth $10 billion 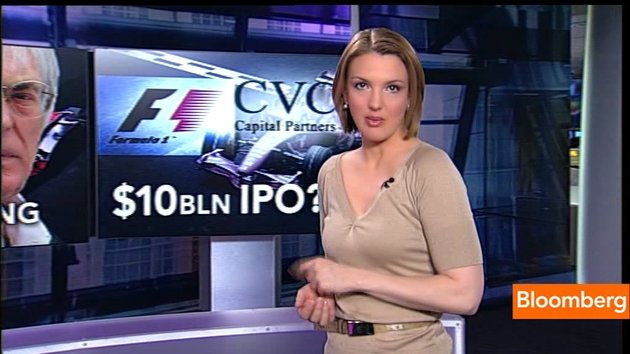 If Bloomberg and many speculations doing rounds on the web are to be believed, Formula One is on its way to an initial public offering (IPO) worth a mind boggling $10 billion. Majority stakes in the premier car performance sport is owned by CVC Capital Partners Ltd. And the firm here recently hired Goldman Sachs Group to estimate this motorsport group’s value. The potential deal will see some part of CVC’s 63.4 percent stake in F1 to go on sale. We have not much of an option but to trust on this news as all this comes from a source very close with the F1 group and these discussions.F1 Supremo Bernie Ecclestone has reportedly commented that he will continue at the throne of the F1 empire regardless of CVC’s course of action. Also, Bernie is no moods to sell his 5.3 shares in the sport. It is also being said that the CEO is busy dealing with some of the F1 teams reportedly whose contracts expire this year. Recently, we reported about the allegations that Ferrari and Red Bull have been offered some undue advantages and up to $45 million to re-new their contracts.