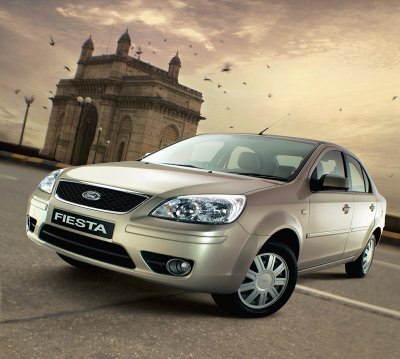 Ford India has a bag of surprises for us. One of which comes on the 7th April with the launch of the Ford Fiesta Classic version. The Fiesta Classic which we earlier reported was spied, is the company’s answer for the shutdown of their famous Ford Ikon. Fiesta Classic will be priced same around the Ikon which gives the buyer an added advantage of owning the Fiesta, with the cost cutting the Fiesta will have to give away certain features which Ford will divulge come 7th April.

The second surprise that comes from them is still suspense. Ford India has sent us a mail asking us to block 14th April for an event in Delhi. Looking at the trend Ford India follows we speculate that Ford is planning to either give us an official glimpse of the new Fiesta sedan or maybe it’s time  Figo came from a workout becoming stronger by encasing the 1.6 lit petrol engine under the hood which will give an amazing power of 101bhp.

Stays tuned for more updates on this. Till then have a look on more spy images of the new Ford Fiesta Sedan which was spied near Chennai.