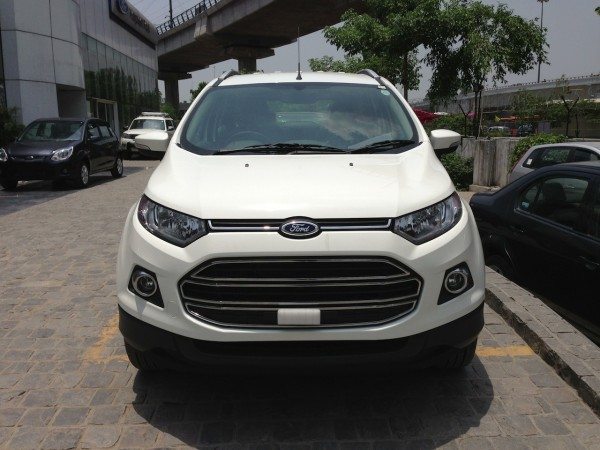 Ford India earlier announced that the units of EcoSport “are rolling off the production line and being shipped to Ford dealers throughout India” and we recently reported when images of a Ford EcoSport parked at a Delhi dealership surfaced on the cyberspace. 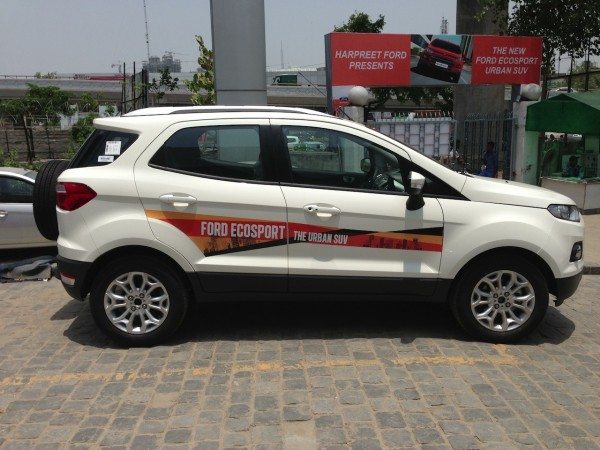 Now, the ‘latest news’ about the highly awaited compact crossover is that the pics of an EcoSport demo vehicle at a Ford India dealership have emerged on the web world. As can be seen in the pics, the EcoSport demo vehicles are white in color and have decals saying “Ford EcoSport The Urban SUV.”

As we mentioned above, Ford India has so far refrained from announcing the prices but the fact that the EcoSport will be exclusively manufactured in India for right-hand drive markets would mean that the heavy localization could enable the manufacturer to price the car ultra competitively. 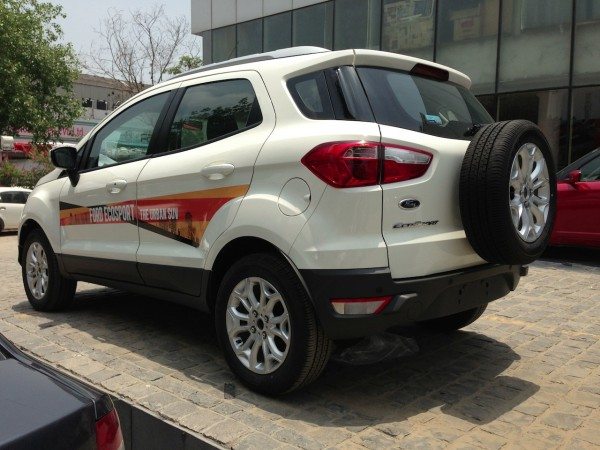 The Ford EcoSport will be launched in as many as 7 color options. The Titanium variant will get Smart Keyless entry and Push Button Start. The SYNC emergency system will come in the top two variants. The two top of the line variants will also get a CD/MP3 player and a 3.5-inch multifunction display.
The EcoSport will come in two interior colour options- Charcoal Black + Warm neutral gray (on all variants except on Titanium (O) and Charcoal Black + dark shadow gray (on Titanium (O)). 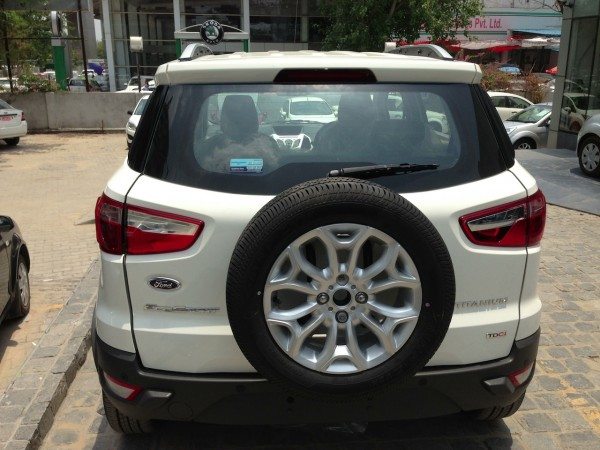 As for the prices, we expect that they would start at around INR 6.3 lakhs for the entry level petrol variant.