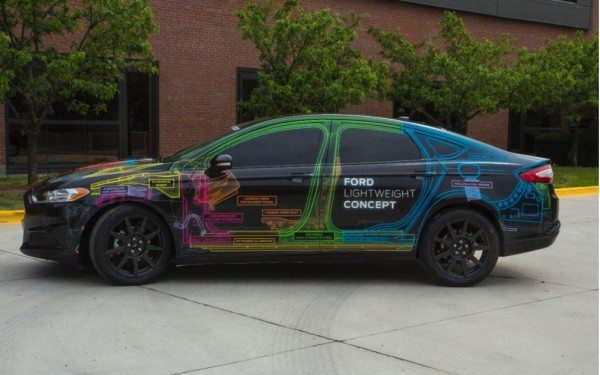 It is not just the health and fashion conscious who has to watch their weight. In the high-tech world of vehicle R&D, weight is like the enemy, the one factor that all manufacturers go to extremes to reduce to the bare minimum. Saving weight makes a car sportier, turn better, accelerate faster, stop earlier, and be more fuel efficient. This is why sportscars go to such extremes to decrease unsprung weight, using such exotic materials as carbon-fibre, aluminium, and titanium. You might have heard of the legendary designer Gordon Murray’s dictum, “Simplify, then add lightness.”

That’s exactly what Ford has pursued with the new Fusion Lightweight Concept. They took a 2013 Ford Fusion, and then reworked it so extensively that the end result is a midsize family sedan that weighs as much as a tiny Ford Fiesta hatchback. Compared to the donor Fusion, the Lightweight Concept Car weighs just 1195kg, down 363kg or 23 per cent from the 2.5-litre four-cylinder Fusion which tips the scales at 1559kg. 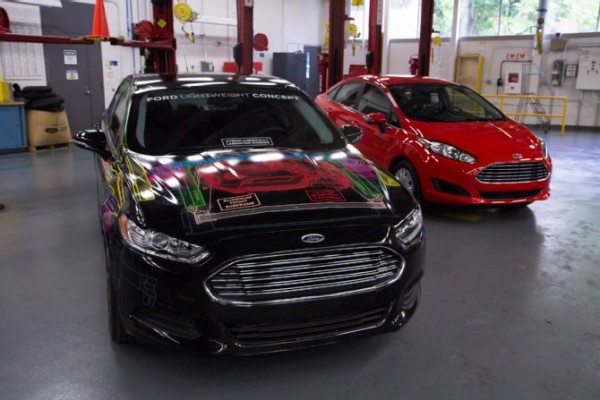 A collaborative effort between Ford, the US Department of Energy and supplier Magna, the Lightweight Concept utilises a mix of aluminium components, high strength steel and magnesium castings with steel components from the original Fusion. The concept comes from the same division that created the Ford GT supercar and trimmed more than 300 kilograms off the 2015 Ford F-150. Polycarbonate has replaced the heavier glass for the windows, while the side panes and front windshield now utilise chemically toughened laminated glass.

The engine has also been slimmed down to a 1-litre, three-cylinder EcoBoost engine that Ford claims performs much like the regular Fusion, but has the fuel economy of the smaller Fiesta (about 45 MPG). The engine has been modified with hollow crankshafts and aluminium connecting rods, as well as a carbon fibre cam carrier, front cover and oil pan.

Ford will be building six prototypes of the Lightweight Concept. Two will be used for corrosion testing, two for crash testing and two to study noise and vibration issues to make sure they hit the levels that consumers expect. The results of these extensive studies will be reflected in Ford models of the future.