Football fever is in the air as Brazil readies itself up for world’s biggest sporting event, 2014 FIFA World Cup. And manufacturers are making sure they utilise every bit of this opportunity. Ford’s Brazil unit has revealed the production ready hatchback, Ka, ahead of its launch that is expected to take place somewhere around the 2014 FIFA World Cup. The Ka will launch in India as the next generation Ford Figo in 2015. 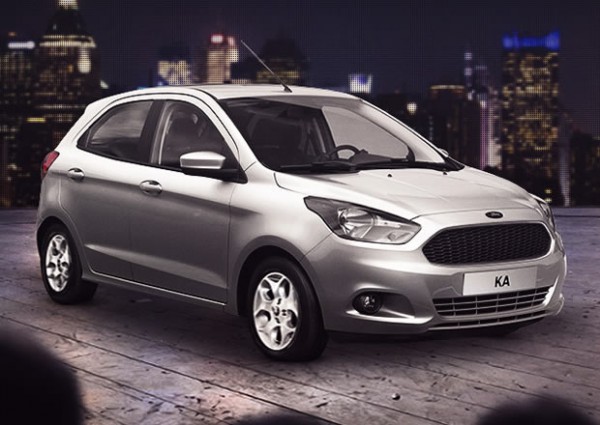 The Ka manages to retain many exterior features that were showcased on the Ka Concept in November last year. In fact, apart from a little tweaked headlight that get different mirror elements and a smoked look, and the missing chrome from the front bumper, the Ka does not go through any major cosmetic surgery as compared to the concept.

The Ka will be launched in Brazil with a naturally aspirated 1.0-liter three-cylinder engine that would churn out 85 bhp of power and 10.7 kgm of torque. The engine would be paired to a 5-speed manual gearbox and would be capable of running on gasoline and ethanol.

The Ka has been tested for its fuel efficiency. The hatchback offers an average of 13 kmpl in city and 15.1 kmpl on highway in petrol.

Ka will be Ford Figo’s facelift version for the Indian market and will hit the showrooms somewhere in 2015. But will the Indian audience like this facelift? That’s something that only time will tell.