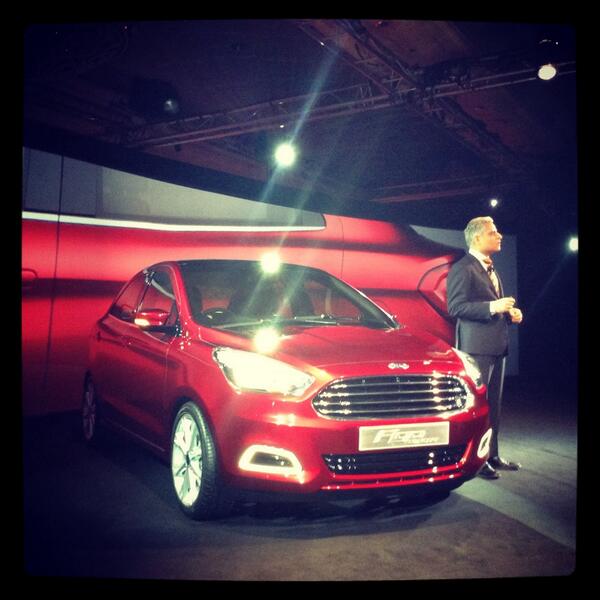 American car major Ford has just unveiled the new global concept car. Christened as the new Ford Figo Concept, the production model of the new car will go on sale next year. Here is all you need to know about the new car:

The new Ford Figo Concept compact sedan will spawn a sub 4m production sibling and as per Ford, the new car will “meet the needs of the competitive B segment in India”.

The new Ford Figo Concept will greet us all at the Auto Expo 2014.

Ford says that the new car has been subjected to “hundreds of hours” of wind-tunnel testing and this has lead to reduced wind noise and better fuel efficiency, all due to the low co-efficient of drag. 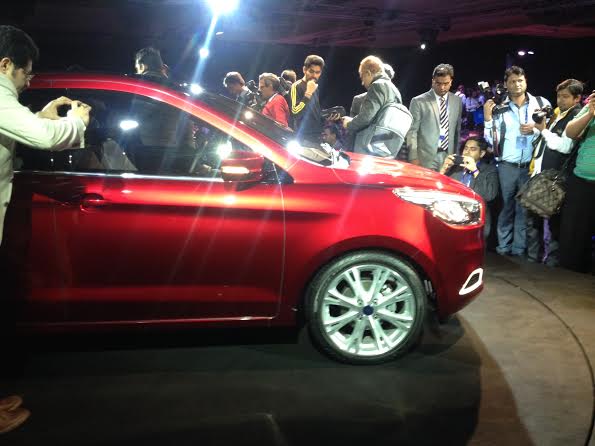 While nothing is known about the equipment that the production model will boast of, Ford has stated that the car’s flexible architecture prevents the electrically adjustable ORVMs from breaking.

On the inside, the new Ford Figo Concept compact sedan carries several “innovative stowage spaces” and a multimedia entertainment system that will also boast of sat-nav and phone-charging feature. 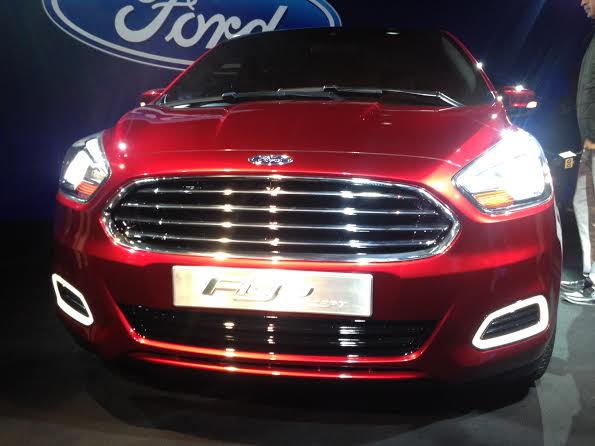 Talking about the new concept model, Ford India President Nigel Harris said,”Consumers are more demanding than ever, wanting and expecting more from their cars, even if they are first time buyers. They expect and demand great fuel efficiency and low cost-of-ownership from the initial price throughout the life of the vehicle. The Ford Figo Concept offers all of this, and more, with sophistication, fresh design, world-class quality, a roomy interior, and innovative smart and safe technology.“ 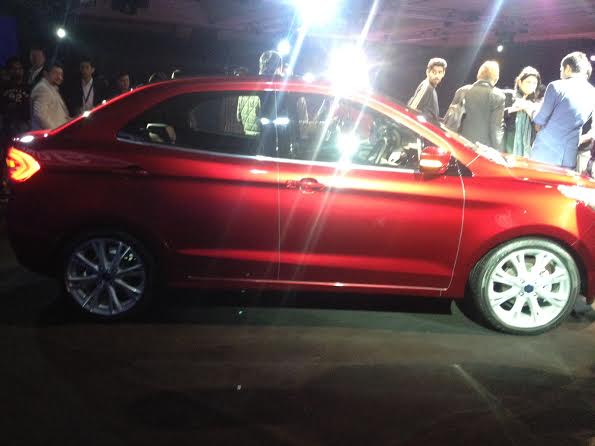