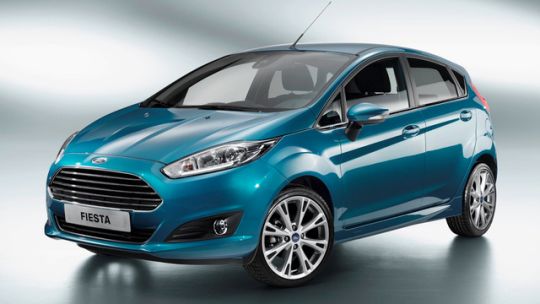 We reported in detail when spy pics of Fiesta facelift surfaced on to the web world. Now, we have images of the facelifted car in all its glory. The front end gets the now familiar Ford’s new ‘Aston Martin-ish’ nose and revised headlamps that get LED DRLs. The hood also gets new crease lines to amplify the muscular character of the design.

Other than this, the refreshed car gets new 8-spoke alloy wheels and a slightly different tail-lamp cluster. On the inside, the Fiesta facelift gets piano black finish on the new centre console. The dashboard is also seen sporting some minor revisions in the form of relocated buttons and a slightly bigger glove compartment.

It remains to be seen if Ford India gives a similar treatment to Fiesta sedan that we have in our market.