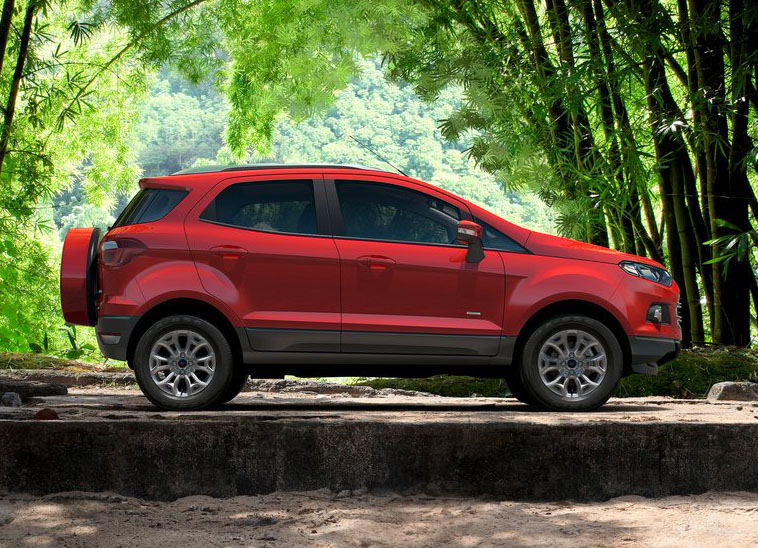 Ford India has now come up with two promotional video clips for the EcoSport. It is hardly a matter of few days before the car is launched in the country and demo vehicles have already started reaching the dealerships. Some of the Ford India dealers have also started registering ‘unofficial’ bookings for the new car.

The Ford EcoSport is taking its own sweet time coming to our country. The Ford EcoSport concept was unveiled prior to New Delhi Auto Expo last year and the production spec vehicle has been launched in many countries since then. The Compact SUV from Ford has been caught testing in India on numerous occasions and it is being said that the car will come to us in three engine variants- 1.5 litres Normally Aspirated petrol, 1.5 litres Turbocharged diesel and the much hyped 1.0 litre EcoBoost turbo petrol mill.

Thanks to an overall length of below 4 metres and engines that displace less than 1500cc, the Ford EcoSport qualifies to be called a small car as per Govt. of India’s parameters. This means that the car will not suffer from the increased excise duty for SUVs (as per Union Budget 2013).

Lower excise duty, in all probability, will see a very aggressive price tag on the EcoSport. Rumours are abound that the base variant of the EcoSport will be priced very attractively and will cost INR 6 lakhs (ex showroom).

Ford India has said that it hopes to ‘do a Figo’ with the new Compact crossover. Now, the Ford Figo has been a bread and butter model for Ford India and this simply means that the Indian subsidiary of the American car maker giant is betting big on the EcoSport.