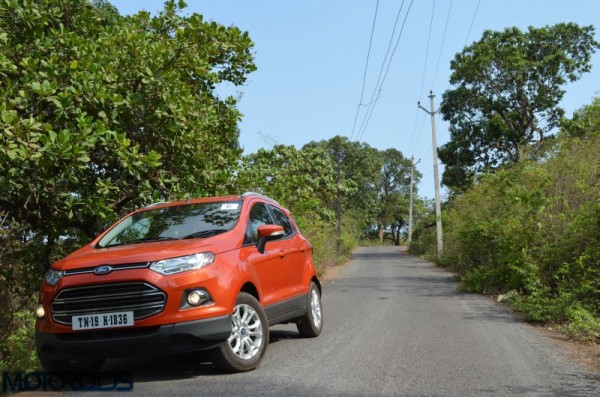 The entire country is waiting for the Ford EcoSport to enter our car marker. The promotional campaign for the EcoSport is already underway in India and the car is expected to be launched around July this year.

The EcoSport is already on sale in many countries and has been a runaway success. While is hasn’t even been a year since the EcoSport was first launched, we already have information about the EcoSports mid-life facelift.

As is obvious, the facelift will most probably make the EcoSport visually more appealing. However, it has also emerged that the mid cycle facelift will bring along a host of new features for the already considerably loaded car.

Talking to Caradvice.com.au, Trevor Worthington, director of passenger vehicles and SUV programs, Ford Asia Pacific said: “We already have a cycle plan for what we are going to do, but that cycle plan needs to have flexibility. Whether it be special value packs, a sports variant with a sportier-tuned suspension and bigger wheels, all of that stuff is really going to be down to the marketing organizations to assess.”

Speaking about the refreshed looks, Worthington said, “Clearly if you do an MCA it’s got to look different.”

It would be interesting to see what all new features make it to the EcoSport, which is already loaded to the brim with new age technologies such as the Ford SYNC.