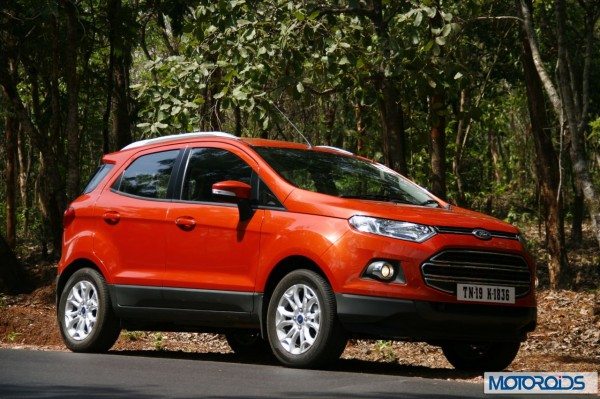 The new Ford EcoSport is easily among the most successful cars to have ever come from Ford India. Ford India dealers across the nation have by now got used to getting swarmed with enquiries regarding the Ford’s new baby crossover. The demand for EcoSport has always been several times higher than the supply and it is no secret that the car maker is finding itself incapable of meeting the huge demand.

It recently emerged that in lieu of all this, several Ford India dealerships have suspended the bookings for the EcoSport. Bookings for the Diesel powered variants and those powered by the EcoBoost petrol engine have been stopped at most dealerships. Only the 1.5 litre petrol engine-d variant can still be booked.

While this doesn’t come across as too surprising, it surely is a huge dampener for all those who have been wishing to put their money on the EcoSport. A chat with a friendly Ford India dealer revealed that the bookings might remain suspended till the advent of festive period. It may be noted that the festive period, which is considered auspicious by Hindus for car-purchase, is that part of the year when even the most unsuccessful of car makers see a rise on their sales graph. Hence, it is only obvious that Ford India might be planning to resume bookings in October to cash in on the huge demand.

The Ford EcoSport is on sale in India in as many as three engine variants:

The Ford Ecosport in India is being sold in four trim levels- Ambiente, Trend, Titanium and Titanium Plus.

It remains to be seen if Ford India’s incapability to meet the huge demand would put off several potential customers. Interestingly, the news of Ford India suspending the booking of EcoSport came soon after Ford India’s MD Joginder Singh said that the car manufacturer is ready to meet any demand for the EcoSport.