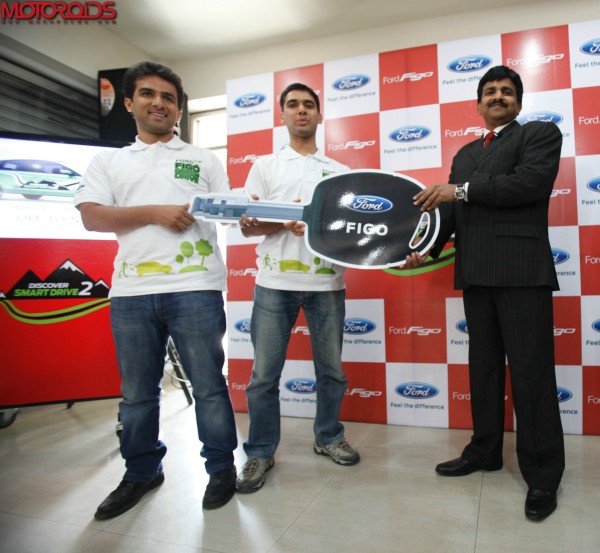 The second iteration of Ford’s Discover Smart Drive has reached its culmination destination – Nepal. After traversing 28 cities covering 6400 kms across India over 8 days, Ford Figo Discover Smart Drive Season 2 arrived at Nepal for its final celebratory leg. Discovering the Everest of driving in Nepal are the winners from “Team Bhaigiri”, Gaurav and Gunjan Juyal who drove the Ford Figo from Mumbai to Kochi in the Indian leg.

Earlier this month, Ford’s Discover Smart Drive Season 2 was kicked off in India simultaneously from Jammu, Lucknow, Mumbai and Chennai traveling in four legs – North to West, North to East, West to South and South to East corridors respectively.

During the drive, the participants traversed various cities, engaging participants and generating excitement amongst the fans. The ultimate winning team Bhaigiri will be engaging with Figo fans in Nepal as they hit the road in Kathmandu. Team Bhaigiri, during the next three days will explore scenic Nepal in smart Figo visiting famous locations like Pashupatinath temple, Durbar Square, Hanuman Dhoka, Vishnu Varupa etc.

Thrilled about their drive in Nepal, Gaurav and Gunjan Juyal said, “At 30,000ft, victory never tasted better. We had the best time of our life in those 8 days of DSD 2 in India and we hoped that the experiential drive should never come to an end. It’s like a dream come true to win and get yet another opportunity to drive India’s favourite small car Figo through Nepal.”

Ford Figo Discover Smart drive is focused around real people and real experience. The tasks and the exciting journey undertaken by the passionate teams can be followed real time via social media channels. Through the 10 day campaign, 30000 new fans were added to the facebook community. 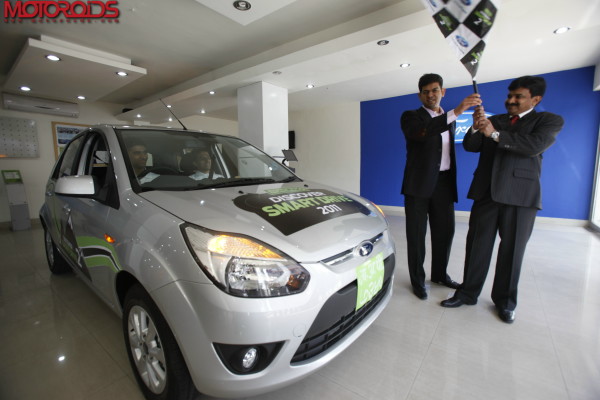 N. Raja, vice president, sales, Ford India was present during the flag off ceremony at GO Ford, Nepal. Speaking at the flag off, he said “We are delighted to share Figo’s popularity and substantiality in Nepal through the popular Discover Smart Drive which this time is going international to give the final winners an opportunity to explore the Everest of Driving in Nepal. Nepal was amongst the first export markets and it’s heartening to see that the Figo is not only loved in India but desired beyond Indian borders with its footprint across 30 international markets. We thank our customers in Nepal, India and other export markets for their confidence in the product’’