Home Fiat FIAT Topolino might not be dead afterall 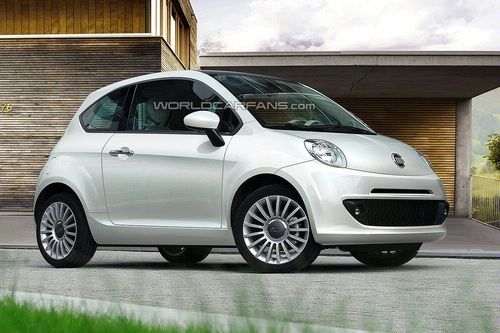 In 2008, the automotive world was overjoyed at the news of a possible ‘Topolino’ city car revival by FIAT. However, in early 2009, there were reports that FIAT may have shelved the project since there were a lot of flaws with the design that were hampering the cabin space as well as safety aspects of the car. But Autocar now reports that FIAT is developing an entry level hybrid powertrain that will propel a new city car – which could mean that the Topolino is indeed being developed still!

If the reports are true, then expect the new Topolino to be powered by a 900cc twin-cylinder petrol engine. The tiny mill is a derivative of the MultiAir engine that FIAT Powertrain Technologies (FPT) unveiled last year. This varaint however will be called the ‘TwinAir’ and will be mated to a dry dual-clutch transmission. It will also house a small electric motor which will propel the car at slow speeds while the ‘camless’ mill will take resposibility of the higher revs. FIAT hopes to achieve less than 80 g/km of CO2 emissions with this new package.

FIAT is reportedly going to unveil the TwinAir engine at the Geneva Motor Show. But since th Topolino is to be produced at the Zastava plant in Serbia, we won’t be surprised if FIAT unveils the new engine in a working prototye of the Topolino, secrectly developed at the aforementioned plant they acquired in 2008. Stay tuned to Motoroids.com as we bring you more info on this topic as and when we have it. To be the first to know when we update more such stories, follow us now on Facebook and Twitter!