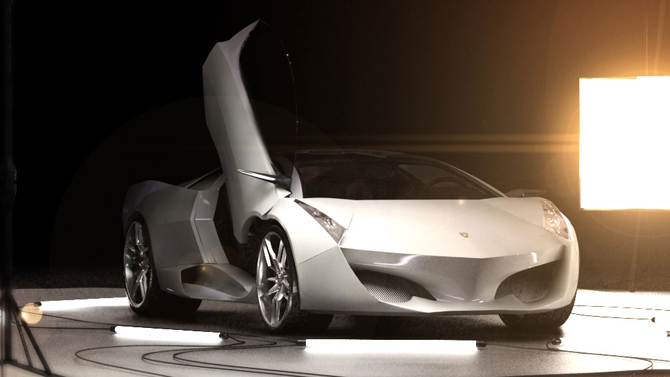 When a designer from a company like Lockheed Martin decides to take a break from designing fighter jets and weapons of mass destruction and instead gets down to penning a new Lamborghini concept, you know its time to sit up and take notice. But if the designer’s company profile is giving you ideas of a Lamborghini that has the ability to launch surface-to-air missiles then you are in for an unpleasant surprise!

What we have here instead is a Lamborghini concept that takes the Reventon’s overtly edgy design philosophy (which was actually inspired from Lockheed Martin’s F-22 Raptor jet fighter) and adds ‘curves’ to it – how ironic is that for a Lamborghini! The head and hand behind this concept Navarra is a bloke called Adam Denning. And though he seems to have drifted away from Lamborghini’s design language by adding curves to his concept, he has stuck to Lambo’s naming convention – the word ‘Navarra’ is actually the name of a region in Spain, which is known for its fighting bulls, one of which was called the ‘Murciélago’!

Speaking of the Murciélago, the supercar’s days are numbered now with its successor (codenamed Jota) already doing its testing rounds. And if the spy shots are to be believed, then the new supercar from Italy won’t look anywhere close to the Concept Navarra you see here. But all said and done, designer Adam Denning can boast of making an attempt to design one of the fastest missiles engineered for the road…