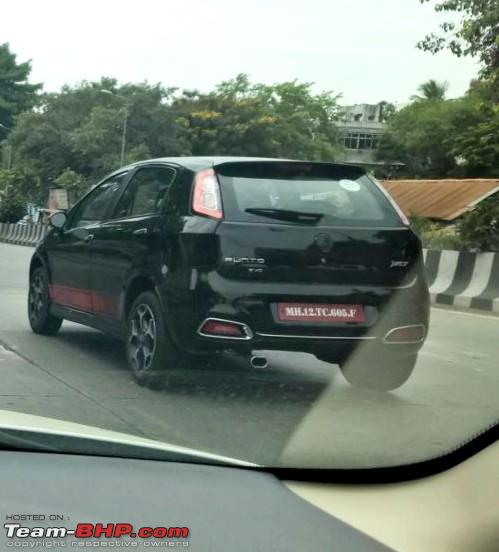 Instead, we’ll get a watered down version with 135 bhp/206 Nm on tap, from the same Linea sourced 1.4 liter T-Jet turbocharged petrol engine, along with a few external and internal niceties. A handful of mechanical alterations are also in order, which include a stiffened suspension setup and disc brakes all around, apart from a new manual

transmission. Word is that the Abarth will also be lighter than standard. 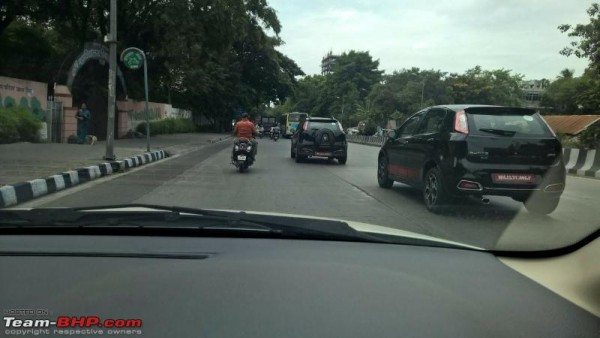 This spy image shows a Punto Evo Abarth, as well as an Avventura Abarth testing on Indian roads. Embellishments on the Punto Evo, as well as Avventura “Abarth” models will include Abarth specific graphics, bigger “scorpion claw” alloy wheels, fatter rubber, a new exhaust tip and Abarth/T-Jet badges. Changes to the interiors could include new upholstery and colors. 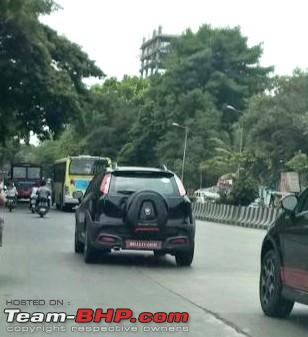 The Abarth brand will purportedly launch in August, with the bonkers 595. The Punto Evo Abarth and the Avventura Abarth will be launched soon thereafter, and both will be locally produced alongside the regular Punto Evo and Avventura models. Expected pricing would be somewhere around the INR 10 lakh mark. Stay tuned.