Its no secret that Fiat, the famed Italian carmaker, is busy testing the Abarth variant of its Punto hatchback in India. Abarth Punto testmules have been spotted quite a few times and the upcoming car has made news on Motoroids on several occasions.

The Abarth Punto is in news again! As per  CarDekho, Fiat may showcase the Abarth Punto at the 2014 Delhi Auto Expo, which will be held in February next year. 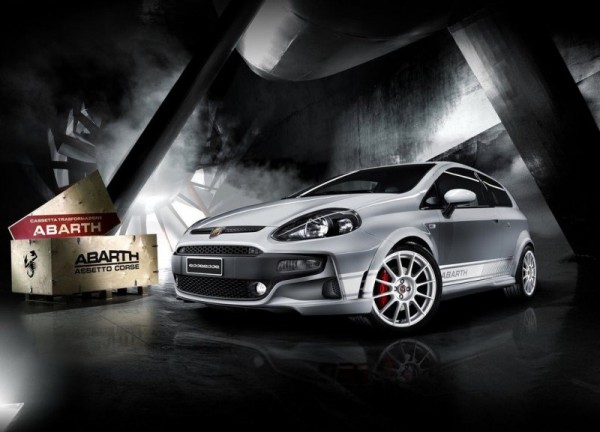 The Abarth Punto will share floor-space with the upcoming Jeep line up , which would include the Grand Cherokee and the Wrangler. While Fiat will first launch the Jeep Wrangler and the Cherokee in India, further models will be brought at a later stage.

The Abarth Punto will be powered by a more powerful version of the 1.4-litre turbo-charged petrol motor that powers the Linea Tjet. We can safely expect the Abarth Punto to have around 140hp of  peak power output, and a considerably stiffer suspension for sporty handling. The Abarth Punto is expected to have a top whack of above 200kmph and a 0-100 kmph acceleration run of less than 8 seconds. The Abarth Punto’s motor will be mated to a 6 speed manual gearbox. Visual updates will include a set of sporty 17 inch alloy wheels, Abarth decals and a bespoke paint options.

Currently, the performance hatchback segment in India is dominated by the Volkswagen Polo, the performance variant of which comes with two engine options- a petrol and a diesel. The Abarth Punto will cater to this very segment and will become a direct rival to the Polo GT Series. Thanks to the new Polo variants and upcoming Abarth Punto, we can now safely expect other carmakers to follow suit and launch high performance variants of their popular hatchbacks.

Stay tuned to Motoroids for more dope on the Fiat Punto Abarth.