Audi’s Official Facebook page recently touched the milestone figure of 100,000 likes in a short time span of just six months. As a token of appreciation, Audi has treated those hundred thousand fans by releasing a video of the 2013 Audi Sport Quattro Concept.

Audi recently showcased this Sport Quattro concept car at the IAA in Frankfurt. The car is powered by a  V8 engine, which  sets benchmarks for power and efficiency. 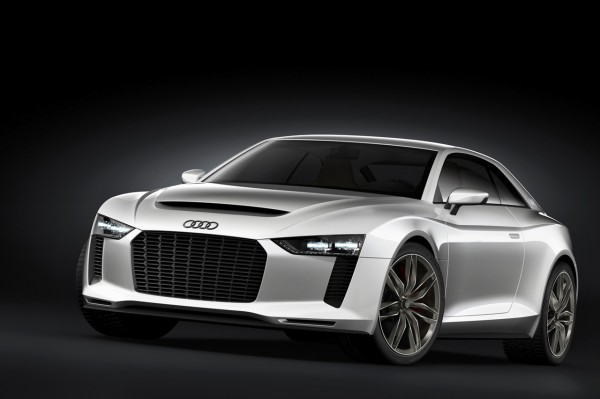 Under the hood, a plug-in hybrid setup consisting of a V8 4.0-litre twin turbo engine, a disc-shaped electric motor and a revised eight-speed tiptronic gearbox do the duty. This setup provides a max power rating of 700 HP and a healthy 800 NM of torque. The car propels from 0 to 100kmph in just  3.7 seconds and  will keep on accelerating to top whack of 305 kmph.

Considering the fact that this car includes a electric motor too, its heavy weight of 1850 kg is somewhat justified. The previous concept tipped the scales at 1300 kg. Despite a major weight difference of nearly 600 kg, this latest concept is  faster than the earlier one by 0.2 seconds, in the 0-100 kmph run. The electric battery powering the car is a 14.1 kWh lithium-ion battery pack, which provides an all-electric range of up to 31 miles (50 km). Audi claims that the car returns a fuel efficiency figure of 94.1 mpg US (113 mpg UK or 2.5 litres / 100 km). The CO2 emissions figure stand at a meager 59 g/km.

Audi hasn’t disclosed any information on the production version of this concept at the moment.

Stay tuned to Motoroids for more dope on the Audi Sports Quattro Concept.