Home Ferrari Ferrari Land theme park and hotel to open in Spain; to be operational in 2016 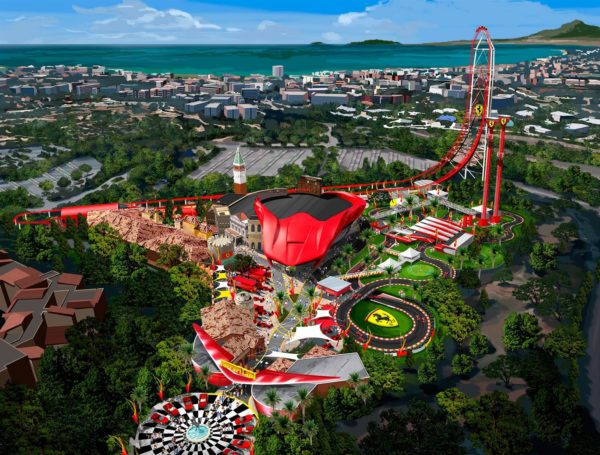 After the ostentatious Ferrari World in Abu Dhabi, claimed to be the world’s largest indoor amusement park, another Ferrari themed wonderland is being set up, this time in Spain.

Work has begun to build the amusement park, to be christened as Ferrari Land, at PortAventura, an existing holiday resort to the south of Barcelona in the province of Tarragona. The fact that it already draws around 4 million visitors a year makes conditions favourable for the Maranello, Italy based manufacturer. 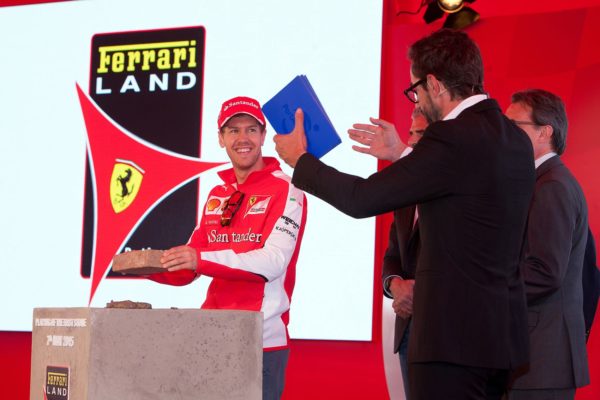 Scheduled to be starting operations in 2016, the turf-cutting ceremony was presided by Scuderia’s driver Sebastian Vettel who bore the gift of a piston from his 2014 race car as well as a brick from Enzo Ferrari’s original house in Maranello, which will be used in a monument on the site.

Apart from being the haven for high-octane thrill-seekers, Ferrari Land of Spain is also expected to host the highest and fastest vertical accelerator in Europe and the world’s first Ferrari-themed hotel.