Just yesterday, Ferrari released a teaser video of their upcoming product which will be a more hardcore and track focused version of the 488 GTB. While previous reports speculated that this new model could be known as the 488 GTO or the 488 Speciale, new images that were recently leaked on the web suggest otherwise. 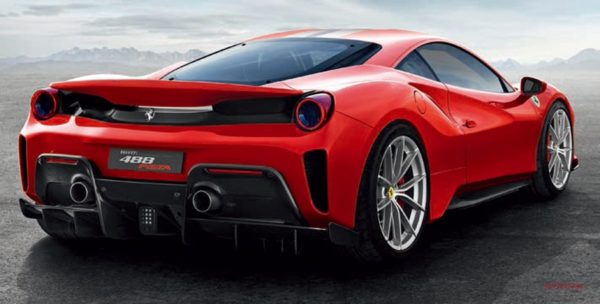 A few official images of the upcoming Ferrari model that were leaked earlier today have revealed that it will be called the Ferrari 488 Pista, where ‘Pista’ stands for ‘track’ in Italian. The leaked images reveal the complete design of the 488 Pista, including the front and the rear as well as the interiors of the upcoming sports car. 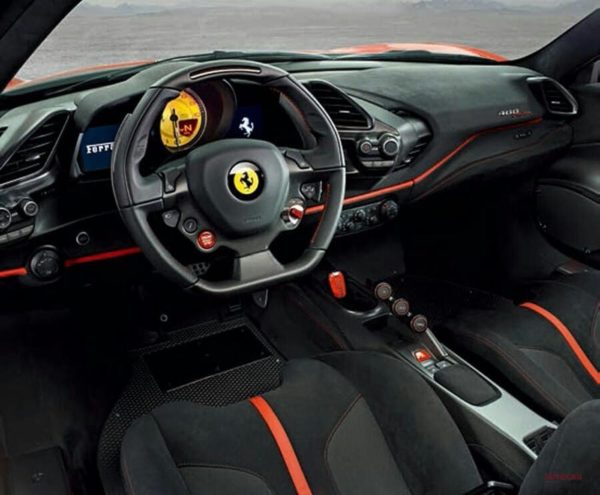 As seen in the images, the Ferrari 488 Pista features a new large splitter at the front while the rear receives a large diffuser. The rear also features a sticker on the number plate recess, which reveals that the model will indeed be called the 488 Pista. The 488 Pista will be 20% more aerodynamic than the 488 GTB while tipping the scales at a comparatively lower weight, courtesy of the 10% weight saving on the engine and use of numerous carbon elements including the front bumper, engine hood, rear bumper, spoiler, dashboard, door under cover, interior door panels and the rear diffuser. 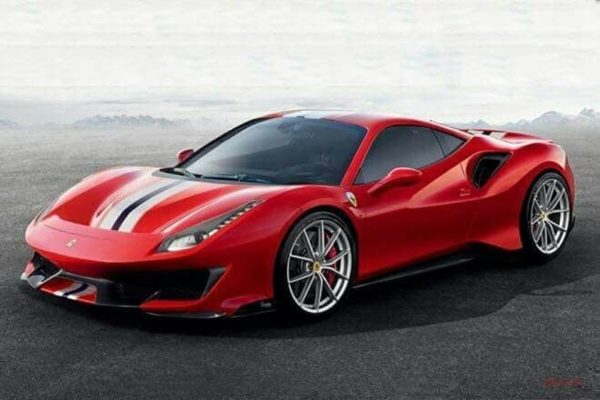 The Ferrari 488 Pista will be powered by a 3.9-litre V8 engine, the most powerful V8 motor from the Italian marquee yet. A few reports on the web suggest that this engine will be tuned to produce 721 PS of power at 8000 rpm and 770 Nm of torque at 3000 rpm. Speeds of 0-100 kmph can be attained in a mere 2.85 seconds while the top speed will stand at 340 kmph. It is said that the model will be showcased to a few customers at a private preview this evening followed by an official unveil at the 2018 Geneva International Motor Show (GIMS).