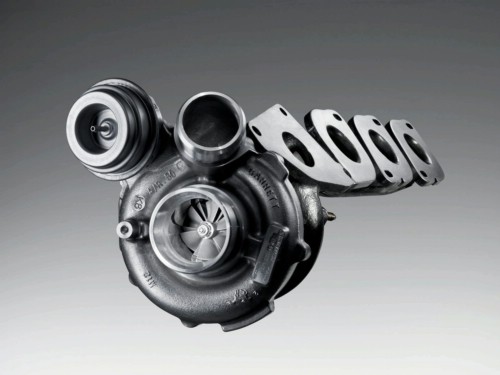 The 2013 engine formula for the Formula 1 would be a 1.5 litre 4 cylinder twin turbo equipped direct injection engine as speculated by Spain’s El Mundo Deportivo newspaper. F1 teams have almost agreed to this engine formula which will be less costly, less polluting and will consume less fuel. The 2013 Formula 1 engine may also include KERS.

The above picture is just an illustration. The actual unit may differ from the picture!

In the mean while, there will be no more developments taking place in the current 2.4 litre V8s. Ferrari CEO Amedeo Felisa told Autocar magazine at the Beijing Motor Show, “”If F1 has to develop something helpful for real (road) driving conditions, then the best solution is for an engine that is turbocharged and GDI (gasoline direct injection), that is what we would support.” Mercedes’ Norbert Haug supported the point that the smaller engines were decided so as to facilitate lesser consumption and emissions. However, he strained that there should be emphasis on high technology.

“If you fly from Europe to Japan on a 747, you would use more fuel than an entire F1 season. We need to see the whole picture,” said Norbert Haug.