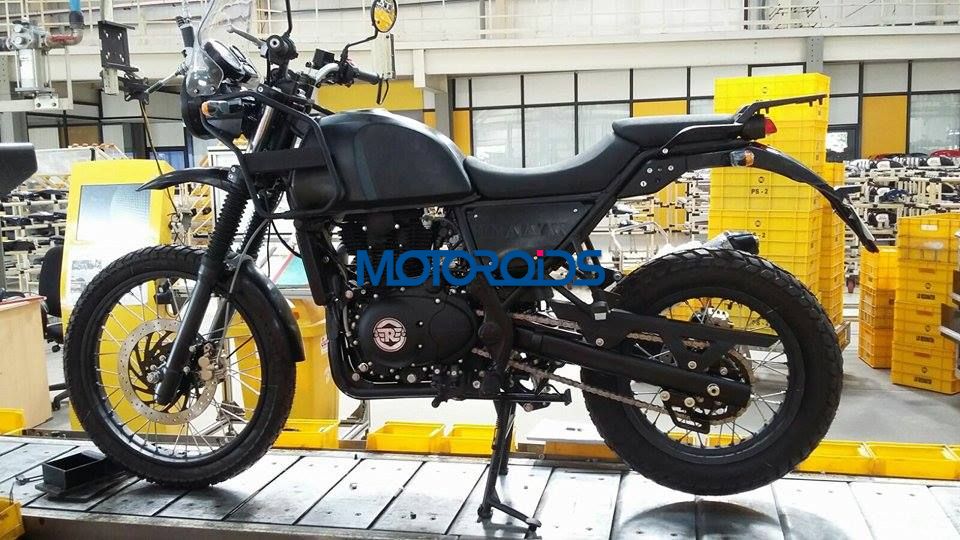 While the Royal Enfield Himalayan is still a couple of months away from launch, new video footage reveals the highly anticipated exhaust note – after all, the trademark “thump” is what characterizes a Royal Enfield. The video was taken by Motoroids readers Vishal Venugopal and Mustafas Kutub.

The new Himalayan, an all-new RE since ages, will be a full blown tourer motorcycle, with pannier mounts, long travel suspension, rough road tires, a windscreen, a raised front fender etc. It is expected to be powered by a newly developed 410cc, single cylinder engine with an oil-cooler which is rumoured to deliver around 24 bhp, while being strapped to a five-speed transmission.

The adventure tourer was earlier spotted on the production line and is said to make its debut at the 2016 Auto Expo in New Delhi. According to previous reports, Royal Enfield intends to price the Himalayan below the psychological barrier of Rs 2 lakh and in fact, according to insiders, may well be priced between Rs 1.65 lakh to Rs 1.85 lakh.

Enough ranting; you can find more info about the Himalayan from our earlier posts. Here’s the video below; let us know what you guys think of the new-found “thump”: