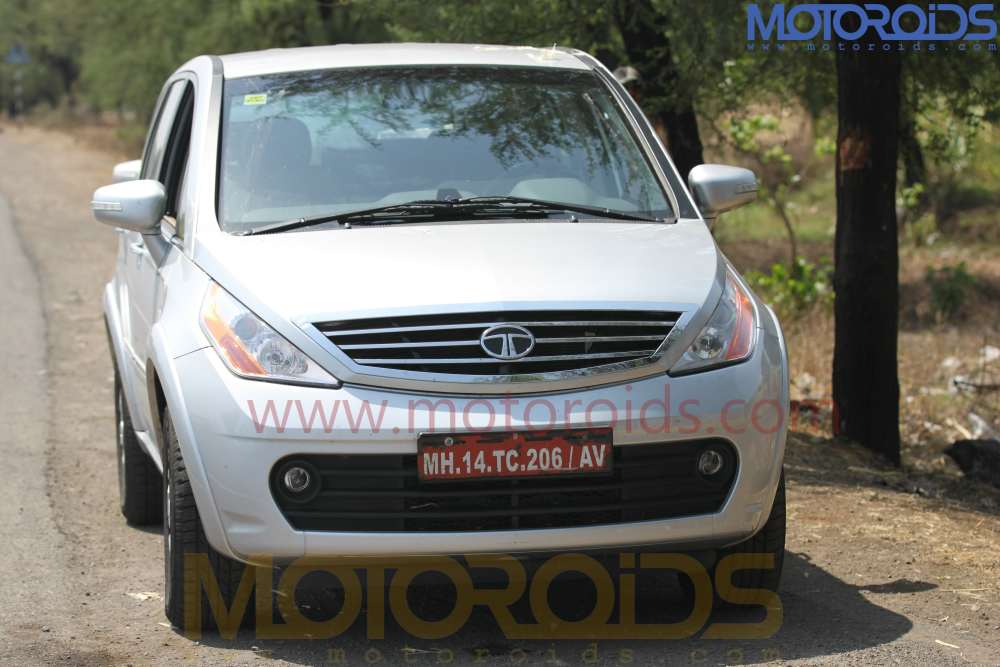 It’s been around six months since the Tata Aria was launched in the Indian market. This is roughly the amount of time Tata Motors admittedly takes to tweak its products, pack them with additional features and get them ready to be shipped out of the country. Seems like it’s time for the Tata Aria to to see some new land, as we have just spotted an LHD variant of the car testing around Pune.

Shashank Ramugade caught the on-test car on his way back from Goa. According to him, this was the top of the line Pride variant of the 4×4. There were no visible differences from the car sold in India on the exterior, with the steering wheel in the odd position being the only element giving away its intentions to go away from India.
Tata Motors plan to sell the Aria crossover in European markets and to SAARC nations, and the intent has been made public one of the company’s senior officials. While the European continent as a destination is confirmed, there is no official info available on the country where the crossover will land first with RHD. Later, the RHD version will be delivered to other countries all across Europe.

The Aria is quite a feature and technology rich vehicle, even for the advanced European market. The 2.2-liter DICOR engine is also quite potent with 140PS and 320Nm, and has a fair degree of chance to meet success in the European markets if Tata Motors manage to price it well.